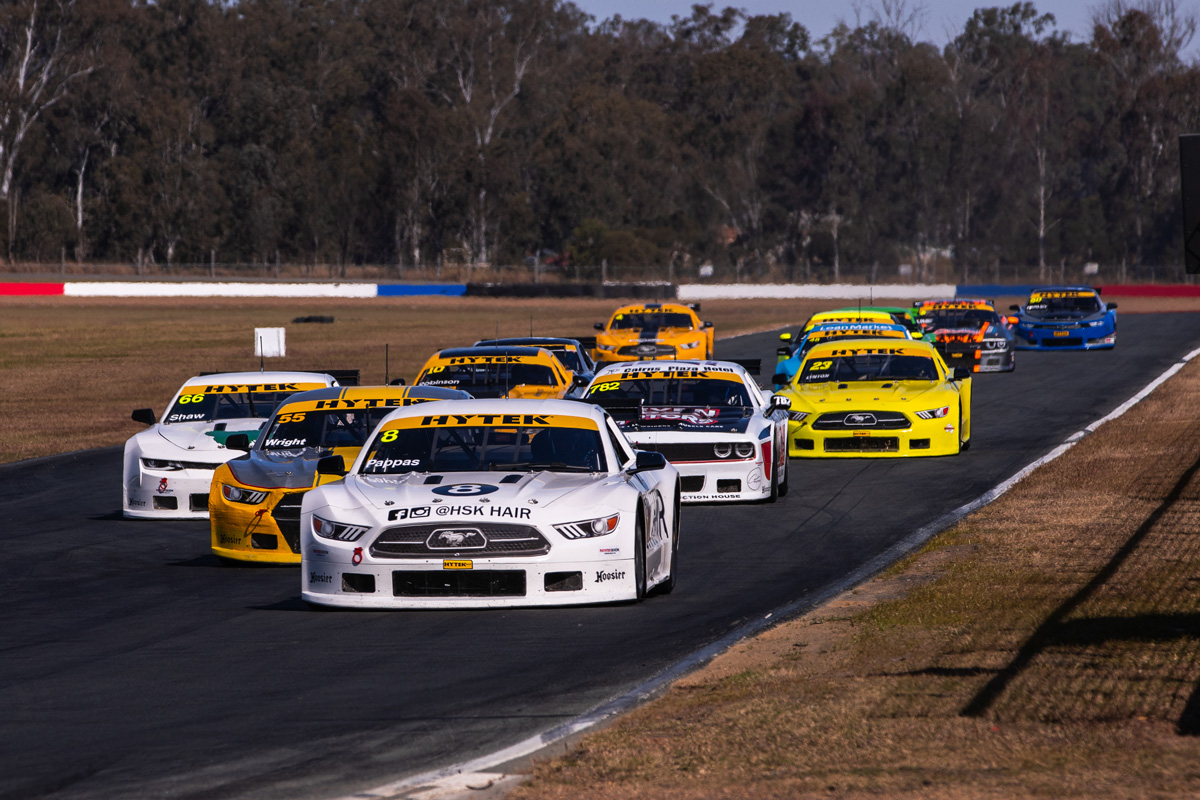 While Russell Wright took both Sunday race wins, it’s Pappas who has emerged on top of the standings following Round 2 at Queensland Raceway.

“I feel on top of the world, it’s really good to get the round win and to get my first race win this weekend was great,” said Pappas.

“I’d like to thank everyone from TA2, Tony Quinn and the team at Queensland Raceway for all the work they have done as the place looks great, and everyone from Norwell Motorplex who run my car and train me up and help me to achieve the round win.”

Wright won Race 3 by almost 10 seconds despite having to complete a last-minute rear brake rotor change before the start, with Pappas finishing second and Tim Shaw third.

Race 4 was a closer affair thanks in part to the presence of a mid-race Safety Car, with Pappas again second and James Simpson third.

Driving the Seven 82 Motors Dodge, Simpson picked up rookie of the round honours.

“Awesome weekend, it was great to get a podium but one of the best things was to bring the car home in one piece. It was good to meet a lot of nice people and enjoy some good, clean racing,” he said.

“Race 1 was awesome to move up from sixth to third, Race 2 had a couple of rookie mistakes and ran a bit wide and cost a couple of positions but I kept moving forwards and I was over the moon with my performance this weekend, I wasn’t expecting to finish up on the podium.”