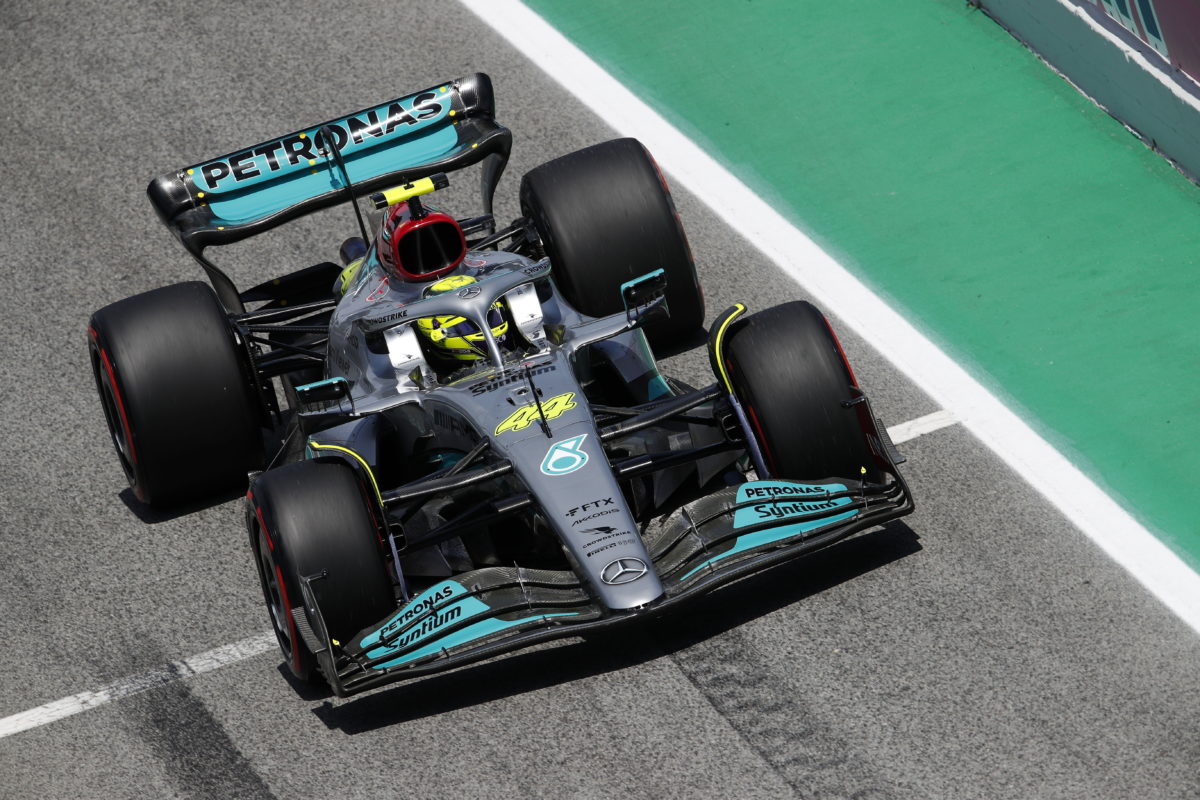 Mercedes is set to debut a number of updates to its F1 W13 at this weekend’s Formula 1 British Grand Prix.

It’s been a comparatively difficult start for the team which has dominated much of the last decade of the sport.

Yet to score a win in Formula 1’s new aerodynamic era, it has recorded a best result of third on five occasions.

The most recent of those came at the Canadian Grand Prix last time out, a result the team acknowledges was helped by Sergio Perez failing to finish and Charles Leclerc starting at the back.

“We will be bringing new bits to Silverstone, we will be trying to push the car forward, trying to get some pace from the car we’ve got or from the package we’ve got as well as the new bits we are going to add to it,” said Mike Elliott, the team’s technical director.

“I think at the same time though we have to be honest with ourselves and say that at the moment we are just a little bit behind those front-runners in Ferrari and Red Bull.

“And in a normal race I think it is going to be tough. I think Silverstone will be a circuit that suits us a little bit better, like Barcelona did, but maybe it will be just a little bit difficult.”

Mercedes has struggled to get on top of porpoising throughout the season thus far, though it appeared to make a step in the right direction in Barcelona.

George Russell led for a time that weekend before slipping behind the two Red Bulls of Max Verstappen and Perez.

However, that has been something of the exception rather than the rule, with porpoising a notable factor in Azerbaijan.

That prompted Russell to lead a chorus of drivers to voice concerns over the impact the bouncing was having.

In Canada last time out there was a seemingly small step, with Lewis Hamilton able to run with the leaders for a number of laps in the closing stages as he finished third.

“I think it is really encouraging to see Lewis be able to tag onto the back of the front two,” Elliott said.

“I think we looked like we were in decent shape with degradation with the tyres.

“I think at that point of the race it was pretty clear to Lewis that, barring some collision up front, we didn’t quite have the pace to compete and get ourselves into that fight and he would have sensibly brought the car home in the position it was in.

“If you actually look at the laps towards the end, what you will see is while he backed off for a few laps he then set a pretty quick lap on the penultimate lap, so the pace was there in the car but not enough pace to challenge for the win unfortunately.”

Mercedes remains third in the constructors’ championship, 40 points down on Ferrari after nine races and 123 clear of fourth-best McLaren.

Track activity at the British Grand Prix gets underway on Friday with Free Practice 1 at 22:00 AEST.