The Brit climbed aboard the FW14B at the Goodwood Festival of Speed, three decades on from his dominant title-winning season.

“I’m incredibly honoured to be here at Goodwood in my anniversary year and not only to see this car again, but to make the journey up this hill has been a very special moment for Williams and myself,” said the 68-year-old.

“I am thrilled to be here with the team, and it was great to be back behind the wheel of this exceptional race car.

“It’s been a very emotional moment to drive in front of the fans from all over the world and a memory I am going to cherish.”

Mansell’s 1992 season saw him rack up a total of nine grand prix wins from 16 starts, a record at the time, while team-mate Riccardo Patrese won the Japanese Grand Prix.

The season marked Mansell’s final full-time campaign in Formula 1 before he headed to IndyCar for 1993, winning the series on debut.

He returned briefly in 1994 for a number of cameo performances following the death of Ayrton Senna, famously winning the Australian Grand Prix.

For 1995, he signed a deal with McLaren, though that lasted only two races – after a delayed start after the car proved too narrow for Mansell – and his career ended in retirement at the Spanish Grand Prix.

It brought to a close a career that spanned 15 years and amassed a total of 31 grand prix wins. 32 pole positions, and 30 fastest laps.

He raced for Team Lotus, Williams, Ferrari, and McLaren in a 191-event career.

More recently, he’s worked as an FIA steward and has sold a number of cars from his private collection, including an FW14 from 1991, with which he offered a lift to the pits to Ayrton Senna after that year’s British Grand Prix, and a Ferrari 640.

The FW14 sold for more than $7 million, while the Ferrari, the first Formula 1 car to use paddle shift, changed hands for just under $5.5 million. 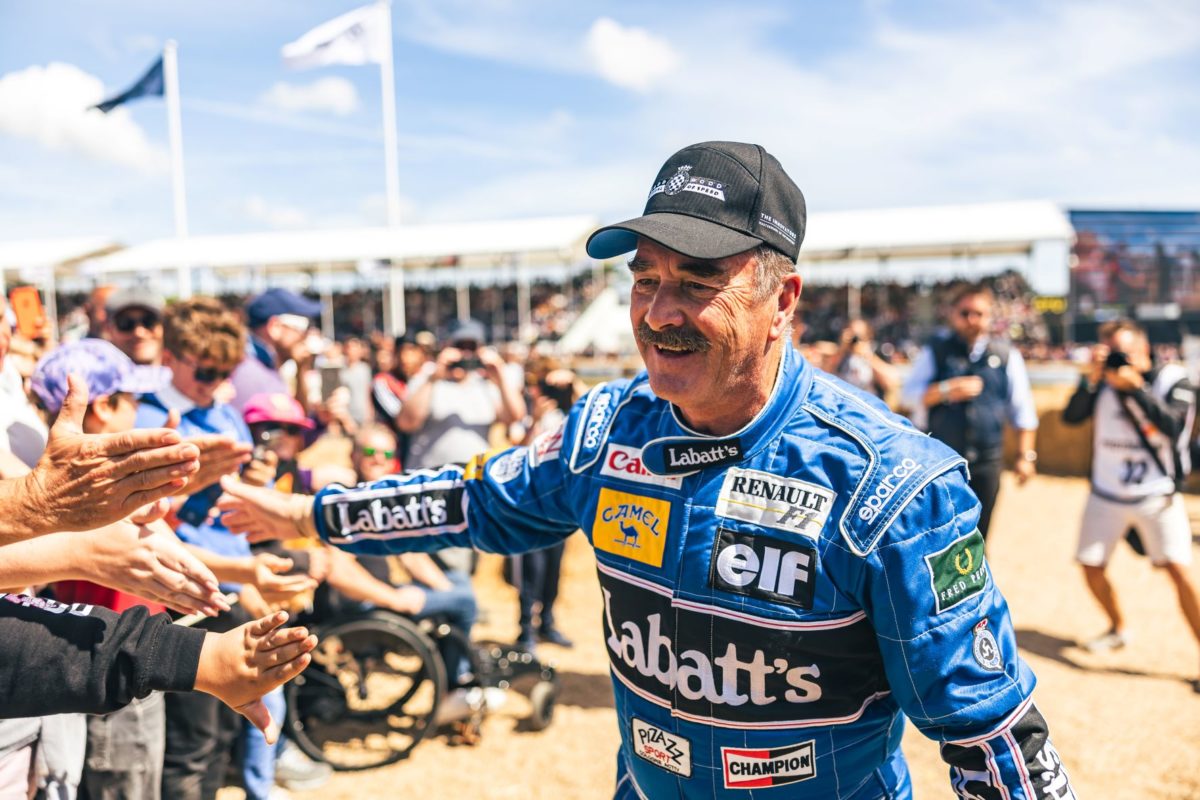 Nigel Mansell with the crowd at Goodwood