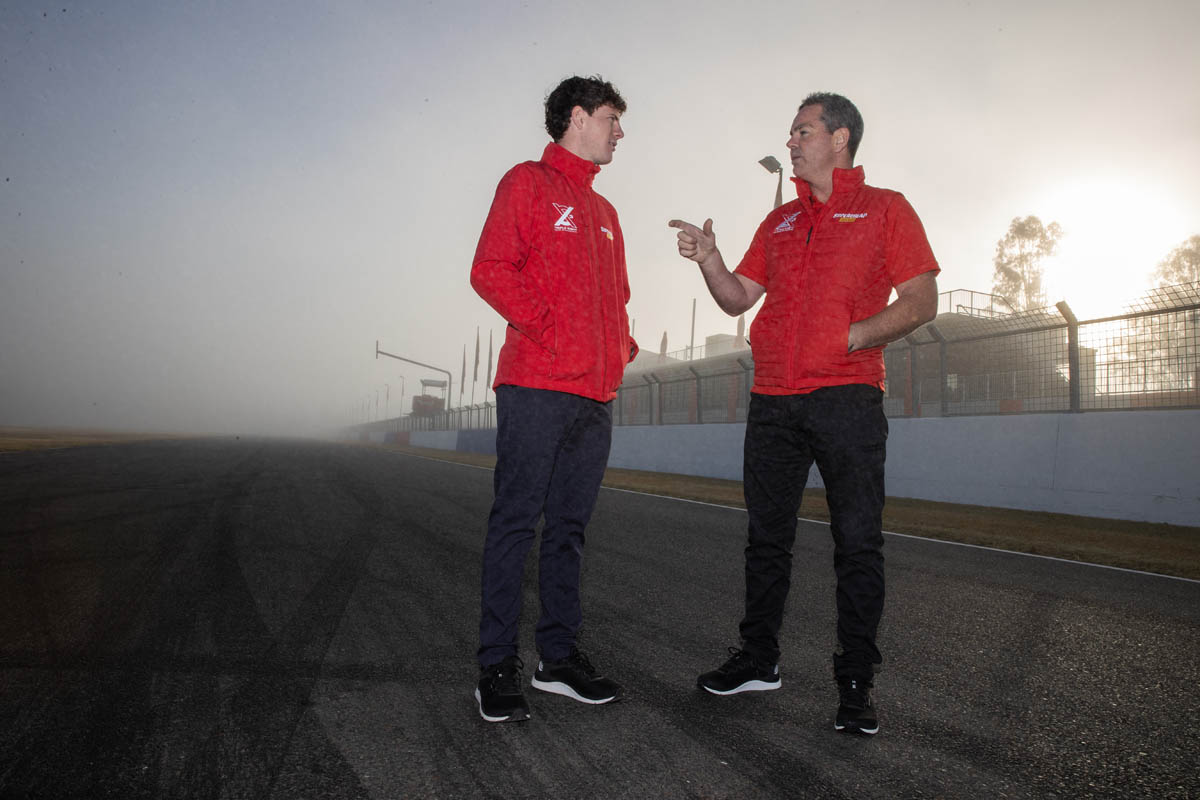 When Craig Lowndes made his Bathurst 1000 debut in 1994 he had the best mentor anyone could’ve wanted, Peter Brock.

Nearly 30 years on, the shoe is on the other foot and Lowndes finds himself lending his own experience and the tutelage Brock gave him to another star in the making, Declan Fraser.

Lowndes and Brock are legends in their own right, the former a seven-time Great Race winner and the latter the ‘King of The Mountain’ as the most successful of all time with nine wins in the Mount Panorama classic.

Later this year, Fraser will make his debut in the Repco Bathurst 1000. There, he’ll be guided through the biggest race of his career to date by co-driver Lowndes.

“It’s huge, as sort of a rookie coming into something like that,” Lowndes told Speedcafe.com.

“Declan, in the same way, I was in a team with Peter Brock, Tomas Mezera, Brad Jones – I was the rookie, I didn’t know anything, I was too paranoid, I didn’t want to make any mistakes. I just focused on that.

“The team took all the pressure off me so it allowed me just to be more comfortable in the car, which is again, all those things that I was lucky enough to have back then that hopefully we can create again this year [for Fraser].

“There’s no doubt that he will take it all in stride,” Lowndes added.

“He’s done a fantastic job so far in his approach with it with Super2 and stepping into the team.

“For me, it’s really just to help guide him through literally what happened with me in ’94, getting thrust into a position where you’ve got a great opportunity to showcase your ability.

“He’s got that. From what I see, he seems to be very comfortable with the media, which is even better.

“We’re going up there to have a great result. What that is, my goal is to definitely be in the top 10. I’d hope that we can be on the podium somewhere at the end of the day, if we’re smart.

“Knowing what Bathurst is like, in the sense of the attrition rate and having a bit of luck go our way, that’s my ambition, is to try and be on the podium.”

In preparation for this year’s Bathurst 1000, the pair will conduct three tests at Queensland Raceway, the first of which was completed last week. Fraser will also contest the Super2 Series at Mount Panorama.

However, there’s little that can prepare Fraser for the atmosphere surrounding the Great Race.

For Lowndes, he’s keen to take all the weight off of Fraser’s shoulders in the lengthy build-up to the main event, like Brock did for him.

“To be honest, I’ll just try and take the pressure off him,” said Lowndes.

“I put my own pressure on myself, I didn’t need any external pressure from the team or anyone else, which they didn’t do,” he said of his 1994 debut.

“I’ll be trying to replicate the same. To walk him through the week of Bathurst, it’s going to be a huge week.

“Obviously, the focus is going to be on Sunday. I don’t want him burnt out before we get to Sunday. I’ll be doing my best to guide him through that.

“I remember Brock talking to me when we used to drive into the circuit, just the atmosphere and how he really took that in and used that as a positive and that’s what I want to try and help Declan through, is taking on all that vibe and enjoy it.

“It’s an event that I love, I’ve always loved. I’m comfortable there and if we can create the same atmosphere for Declan, there’s no doubt he’ll just do what he does best in the driving seat.”

Fraser’s next Super2 Series outing will come at the NTI Townsville 500 at the Reid Park Street Circuit on July 8-10.