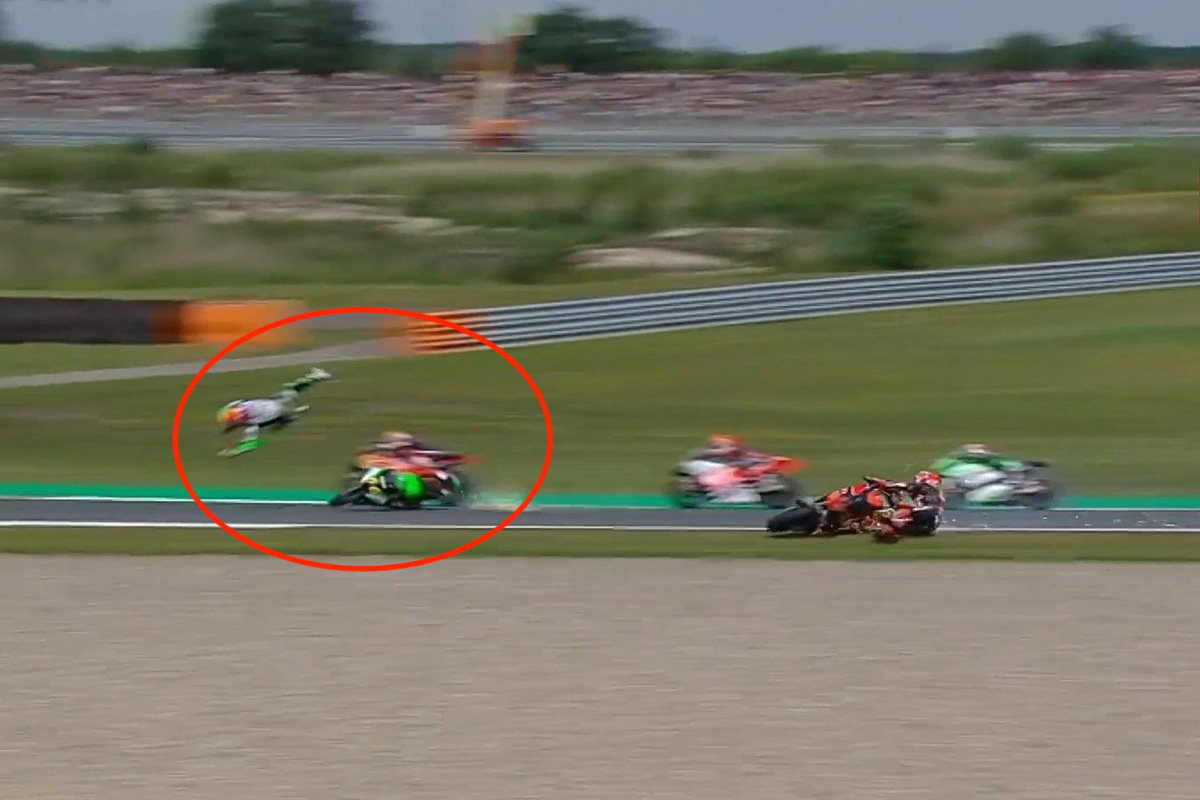 Joel Kelso has sustained injuries to his right foot after a frightening crash in the Moto3 race at Assen.

The Darwin native had been running 13th on the final lap aboard his CIP Green Power KTM and embroiled in an intense battle pack.

As they approached Turn 8, Red Bull KTM Tech3’s Adrian Fernandez dive-bombed to the inside of Kelso and made contact, wiping both riders out.

Kelso was thrown from his bike into the air and crashed back down on the tarmac before tumbling through the gravel.

While the 19-year-old appeared to sit up in the seconds before the replay footage cut, he was taken to hospital for a CT scan.

In an official MotoGP medical update, it was stated Kelso “has a right ankle and foot fracture” and “has been declared unfit”.

FIM MotoGP Stewards slapped Fernandez with a long lap penalty to be served in the race at the next round in Great Britain.

The bulletin deemed the Spaniard was “overly aggressive” causing the crash with Kelso.

Kelso is 21st in the Moto3 standings on 22 points in what is his first full season in the championship after a part-time campaign in 2021.