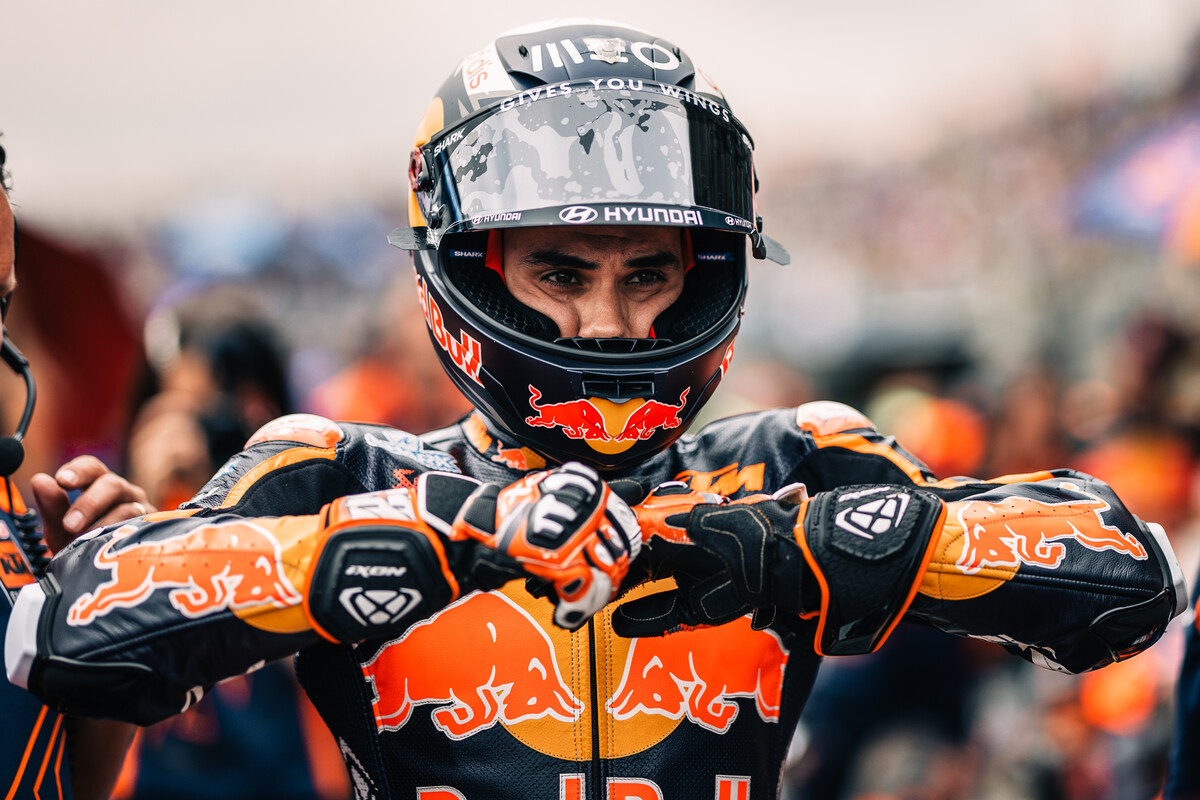 An unusual incident whereby Joan Mir and Miguel Oliveira made contact moments before race start at the Dutch TT had lasting consequences.

Oliveira clipped the #36 Suzuki as Mir suddenly stopped on the grid, causing parts to scatter.

The outgoing Red Bull KTM Factory Racing rider conceded that damage was ultimately costly, as he was left to finish ninth for the fourth successive MotoGP race.

“I was looking for my spot on the grid and I did not expect Joan to brake that hard,” explained Oliveira.

“It could have been a worse incident, but I broke my lever protector and also my right-side pod and it was tricky to race without it.

“The bike was a bit unstable in the fast parts – Sectors 2 and 4 – and I missed a few tenths of a second as well.

“To finish in the top 10 was good but it is always frustrating when you know you could have done better, and I knew today we had the speed and the pace to be a bit faster.”

It was an eventful start for Mir, who also touched bikes with Luca Marini on the run to Turn 1, and was an eventual eighth.

“The race start was not fantastic,” said the 2020 world champion.

“I had a touch with Marini so I could not recover much more. Then I had to recover in the race.

“I think I was 16th at the beginning of the race. Then I passed a couple of riders and that was good, actually it has been the best side of the weekend.

“Last part of the race wasn’t fantastic either. It wasn’t bad, as the lap times were fast, but the beginning was much better.

“I wasted a long time overtaking [Johann] Zarco. He was making very tight lines and that made things more difficult. I could finally passed him and made a gap, but we have to continue improving our package.”

“It was a really tough race. I made a good start which I was pretty happy with, but then I got sandwiched in the first corner by other riders and ended up last,” said Gardner.

“I had to push a lot to try to fight my way back to my position and finished P19.

“It is time for a well-deserved summer break because the start of the season has been very intense.”

Silverstone hosts the next round of the MotoGP season in August, for which championship leader Fabio Quartararo will carry a long lap penalty into the race.