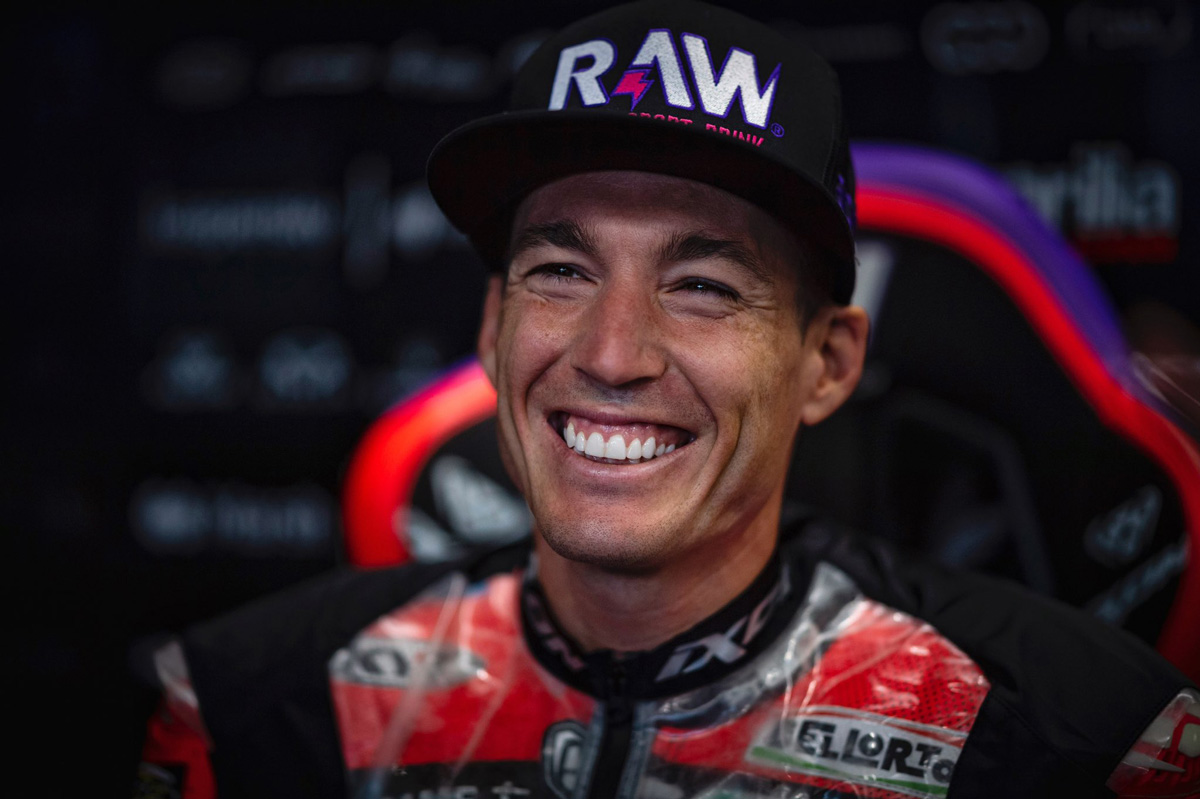 When the chips were down, Aleix Espargaro bounced back to produce a comeback that could be telling come the pointy end of the championship.

The man who embarrassingly threw away nine points earlier this month when he celebrated a lap early at Circuit de Barcelona-Catalunya gained 11 positions and 12 points during his recovery ride at the Dutch TT.

The Aprilia ace tumbled from second to 15th courtesy of Lap 5 contact with championship leader Fabio Quartararo, only to charge all the way back to fourth.

That mission was capped by a spectacular double overtake right at the end of the last lap, braking “even later than in qualifying” to pass both Brad Binder and Jack Miller in one fell swoop.

All told, Espargaro cut a satisfied figure at the completion of 26 laps of Assen.

“There is something they don’t give points for but which is extremely important for me, especially in terms of the championship, and that is the sensation of feeling like the best on the track,” he said after slashing Quartararo’s lead to 21 points.

“Today I was back to having that feeling. I had it throughout the weekend and I’m rather certain that the win would have been within our potential.

“My Aprilia was extraordinary today. Unfortunately, the contact was an unlucky situation and after that I just focused on giving 100 percent and demonstrating my speed.

“Ahead of the weekend I had said that my goal was to close the points gap behind Fabio before the summer break and we managed to do just that, with an important performance.

“I’m sure that I’ll be missing my RS-GP very soon!”