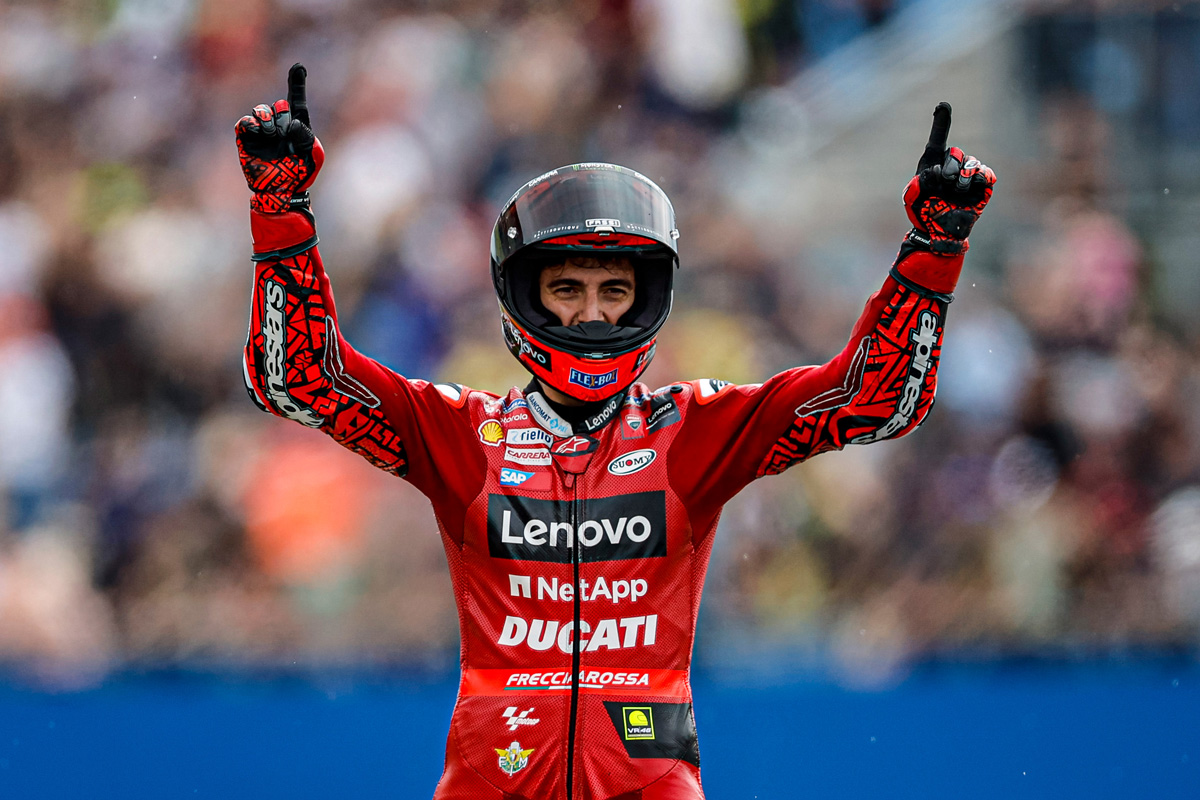 Francesco Bagnaia has admitted to fearing the prospect of rain interrupting the Dutch TT.

Having crashed out of the past two MotoGP grands prix, Bagnaia was desperate to turn pole position into victory at Assen.

And it was all smooth sailing, not hurt by Fabio Quartararo and Aleix Espargaro colliding while batting over second, until rain drops appeared around the race’s midpoint.

White flags were duly shown, allowing riders to pit to change bikes, and suddenly there was a chance Bagnaia would not run away with it.

That rain never did amount to much more, though, allowing Bagnaia to hang on with 0.444s in hand over countryman Marco Bezzecchi.

“The first time I looked at how many laps were remaining, it was 24, so I’d just done two laps and it was too long,” said Bagnaia.

“In any case, I’m so happy; so happy after two difficult races, when we were always competitive but without any results, so it’s incredible. I’m so happy, we did an incredible job.

“It wasn’t easy because, halfway through the race, it started raining a bit, and it was very scary, but finally I won here.

“That means to me that we are very good, we are strong.”

Bagnaia now has three wins and three DNFs from his past six grand prix starts.

He heads into the summer break fourth in the championship, 66 points behind leader Quartararo.