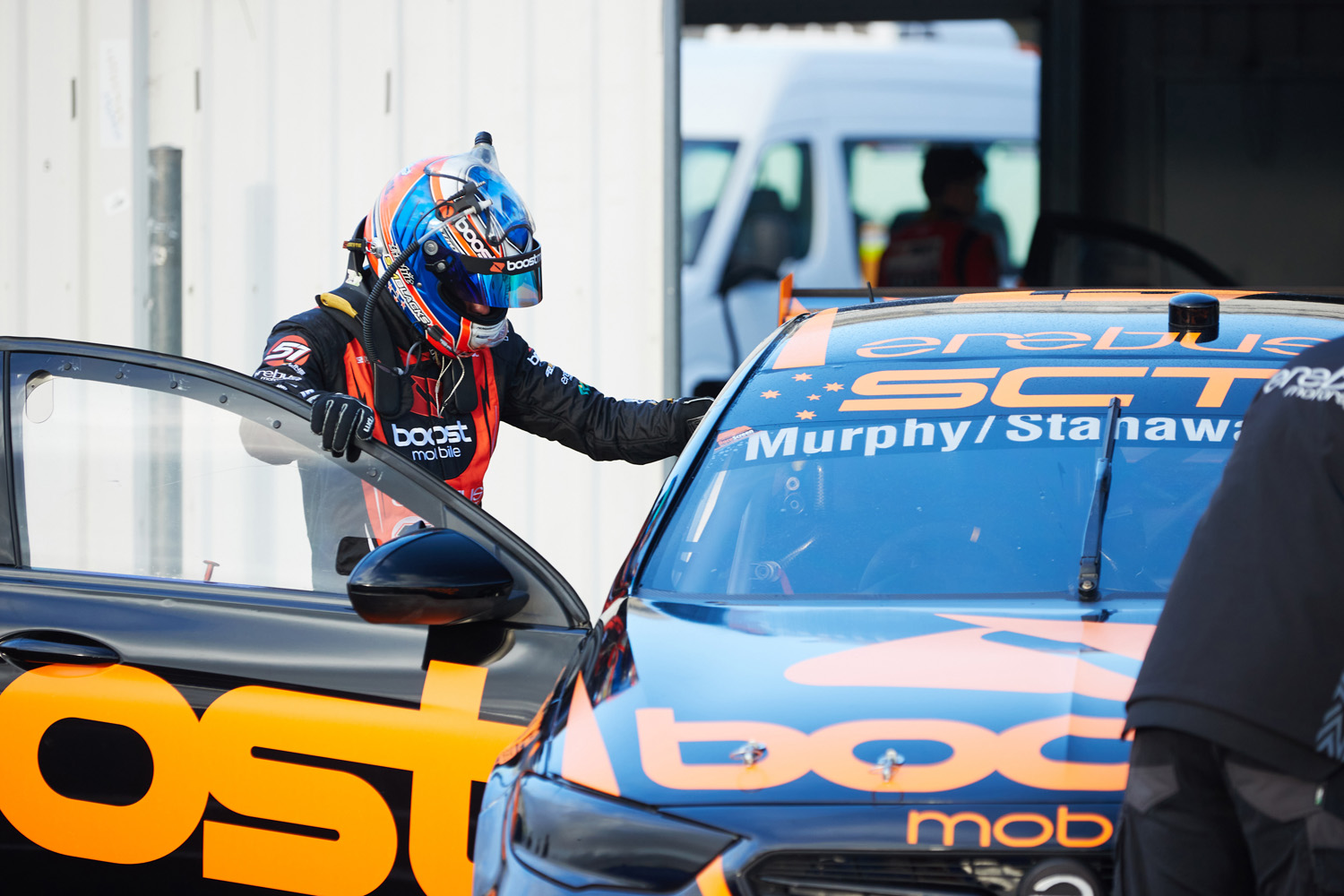 Richie Stanaway says seat time will be crucial to bridge the divide between he and the Repco Supercars Championship regulars.

The former full-timer cut his first Supercars laps in more than two years at Winton Motor Raceway earlier this month, marking the first of three tests in anticipation of the forthcoming Repco Bathurst 1000.

Stanaway will be joined by four-time Great Race winner Greg Murphy in the #51 entry, one of at least three wildcards set to take on this year’s crown jewel event.

Speaking with Speedcafe.com after his first hit-out with Erebus Motorsport, Stanaway said the remaining two tests (slated for August 16 and September 27) will be where he makes the greatest gains.

“Initially, I spent a bit of time just getting back up to speed,” Stanaway reflected of the test.

“The hardest part is always that last little bit. It’s not so hard to get thereabouts, then you sort of get to a bit of a threshold where it gets harder and harder to make gains.

“That’s obviously the important part when it comes to racing guys at the level that race in the main game.

“That’s just going to be a matter of just chipping away and getting those finer details out of it. For our first day, I’m pretty happy with where we got to.”

“We just need mileage,” he added.

“Greg and I are actually pretty keen on doing some much longer runs at the second test day as well.

“Our biggest focus is going to be on our race pace at Bathurst, so it would be good to do some longer runs and just try and find a bit of a rhythm.”

Stanaway arrived at the first test cutting a slim figure.

Since the initial announcement, which took place exactly a year to the day of the test, the Tauranga-born driver has shed several kilos.

“I’ve been focusing on getting my weight down because I wasn’t at a weight that is ideal,” said Stanaway.

“That was a big focus initially. Now that I’m down to a reasonable weight, I’m just focusing more on my fitness now. So yeah, I’ve been enjoying it actually.

“I think for me, if I’m given the opportunity to drive a quick car, I want to make sure that I’m up to the challenge.

“I need to be fit in order to do that, so I’ve just been putting in the time to make sure that I’m fit enough.”

At least two other wildcards will be in action. Murphy and Stanaway will share a pit boom with the Supercheap Auto-backed Triple Eight Race Engineering wildcard of Craig Lowndes and Declan Fraser.

Meanwhile, Anderson Motorsport is set to campaign a Dick Johnson Racing-built Ford Mustang with an as yet to be confirmed co-driver.