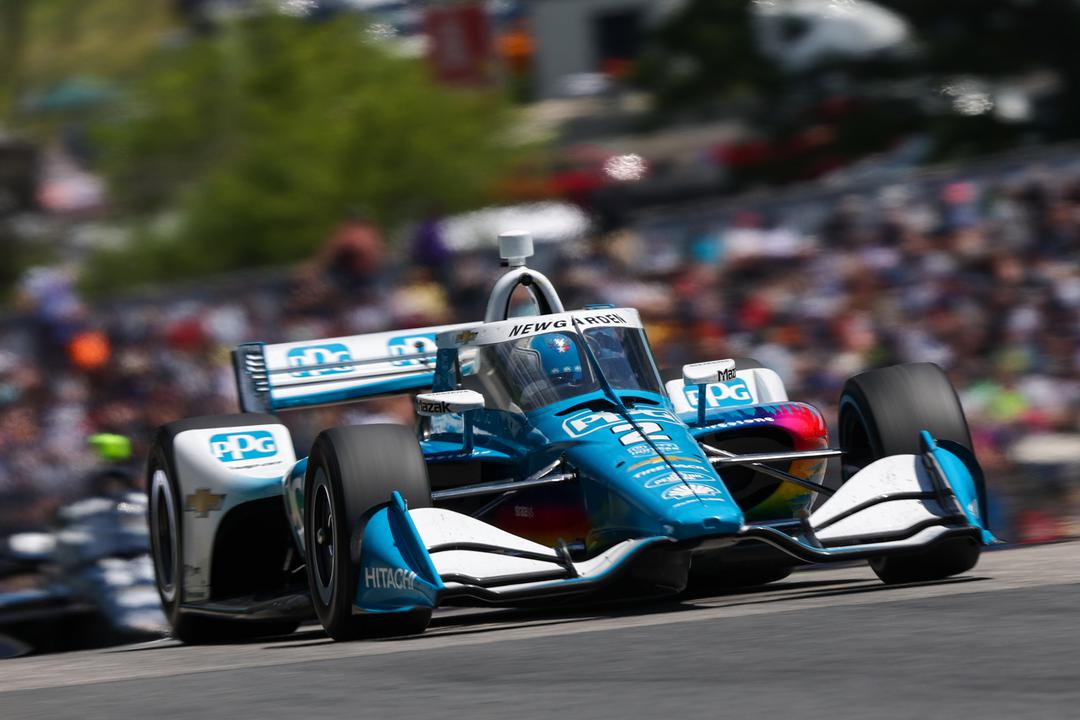 Josef Newgarden feels he should have more victories this IndyCar season, despite being the only multi-race winner to date.

The two-time IndyCar champion won USD 1 million, shared between himself and his chosen charity/ies, when he prevailed last time out in the Grand Prix at Road America in something of an arm wrestle with Alexander Rossi.

That bounty, under the banner of the PeopleReady Force for Good Challenge, was handed out given Newgarden was the first driver to win this year on IndyCar’s three broad circuit types of oval, street, and ‘road course’.

Not only have the other five races been taken out by as many different drivers, including his Team Penske team-mates Will Power and Scott McLaughlin, no other team can boast multiple victories so far in 2022.

Despite all of that, Newgarden sits third in the series standings, 32 points adrift of leader Marcus Ericsson, and admits he needs to be more consistent if he is to be on top at season’s end.

“It’s been a little bit too up and down for us; kind of feast or famine,” said the American.

“The other ones that we weren’t winning, we were finishing too far back.

“We’ve got to up our consistency; it’s a little abnormal for us.

“I feel like we’re a fairly consistent group, so I’m not going to lose sleep on why that was happening; sometimes you get in these little micro trends where we didn’t have the consistency we needed.

“Number one, we need to clean that up. We need to win a couple more races before the year is out because of the way the first part of the season went.

“We definitely have wins on the board, but definitely more than wins, consistency is going to rule the day this year, for sure.”

Ericsson holds sway thanks in no small part to wheeling the #8 Chip Ganassi Racing entry to victory in the Indianapolis 500, which pays double points, but has finished in the top 10 six times in total, and been classified 12th and 22nd on the other two occasions.

Newgarden, by way of contrast, was an out of sorts 16th in Race 1 at St Petersburg; lucked out somewhat on a three-stop strategy when he finished 14th in Race 4 at Barber Motorsports Park; got unloaded early and was classified 25th on the Indianapolis road course; and was a generally uncompetitive 13th in the ‘500’ itself.

Aside from that, he finished fourth at Detroit from pole position when, once again, the cards did not quite fall his way strategically, and that is presumably one of the missed opportunities for a win to which he refers.

The 31-year-old is not worried about those fluctuations, however.

“I think we’re in a good spot,” he declared.

“We have to clean up the consistency. For one reason or another that didn’t happen up to this point. I know if we keep doing our normal thing, that will come.

“We just need to keep on a good track here ‘til the finish.

“[I] Feel very positive about our group. I mean, we don’t have anything negative going on. Honestly, there’s nothing that I could be complaining about.

“We got a really strong team, everything is in a good place, great partnerships with Team Chevy and everyone else. Yeah, feel good about it.”

Newgarden was fastest in this week’s Iowa test, in a Penske one-two-three.

The next event of the season takes place at Mid-Ohio on July 1-3 (local time), with live and ad-free coverage on Stan Sport.