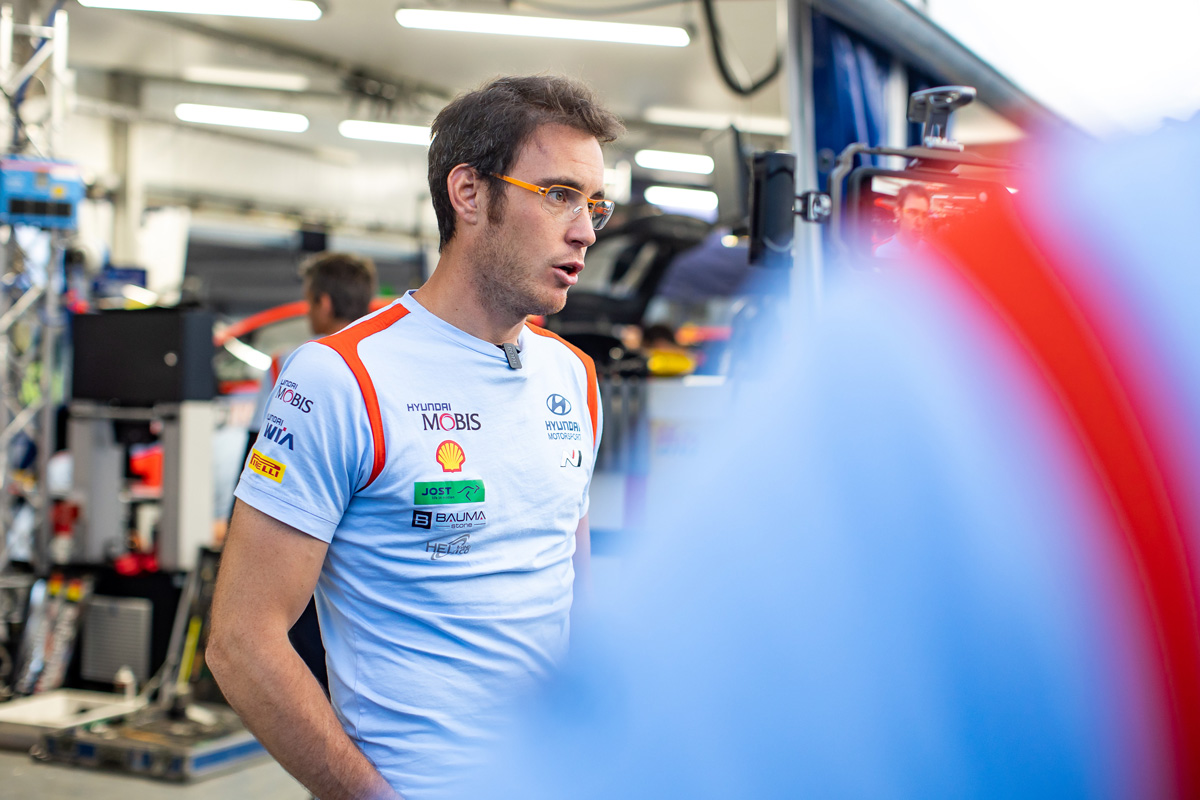 The Safari Rally Kenya has bitten hard once more, with only a quartet of Toyotas remaining even remotely in contention entering the final day.

Kenya’s return to the World Rally Championship last year proved to be a battle of attrition, and that’s been very much the case again this weekend – made worse by the presence of rain – leaving Hyundai deputy team director Julien Moncet “extremely upset”.

All three of the i20 N Rally1 entries came unstuck on Saturday, starting with Oliver Solberg clipping a rock on SS8 and then Ott Tanak suffering a prop shaft failure on SS10.

Things then unravelled for Thierry Neuville, culminating with a crash into a tree on the final stage of the day.

Despite copping a 10-minute penalty for not completing SS13, Neuville is still fifth – such has been the regularity of contenders running into strife.

“This has been a very difficult day and we are extremely upset by the result overall,” said Moncet.

“We need to react strongly to overcome all the issues. The only positive we can really take away is Oliver, who has had a steady drive to sixth position. The target for him is to bring the car to the finish of this rally on Sunday.

“Ott and Thierry had both been fighting for the podium prior to their respective retirements. Ott was stopped by a prop shaft failure in the first pass of Sleeping Warrior, while Thierry had an engine cut in the repeat of that stage.

“He was able to restart but then, unfortunately, hit a tree due to visibility issues in the wet and muddy conditions, which was the end of his day.”

It’s been an even more bruising encounter for M-Sport Ford, with Craig Breen its highest-placed driver in seventh, almost 19 minutes off the pace set by world championship leader Kalle Rovanpera.

The situation was summed up by M-Sport supremo Malcolm Wilson directing drivers Gus Greensmith and Adrien Fourmaux to help repair their respective cars.

Out in front, it’s been comparatively smooth sailing for Toyota, with Rovanpera 40.3s clear of Elfyn Evans, while Takamoto Katsuta holds third from Sebastien Ogier.

“It’s really amazing to have all four cars in the top four positions. It’s been a fantastic day,” said team principal Jari-Matti Latvala.

“The conditions have been horrendous, making it very difficult for the drivers. I’m really glad that our drivers could hold their nerve in those challenging conditions, and also that our car has been working so well and been reliable.

“It’s a fantastic situation for us now but there are still many kilometres to go, so tomorrow is going to be a tough day.

“We just want to see all four cars get to the end, but you never know what can happen on this event. We just need to do our work as well as we can and keep our fingers crossed.”