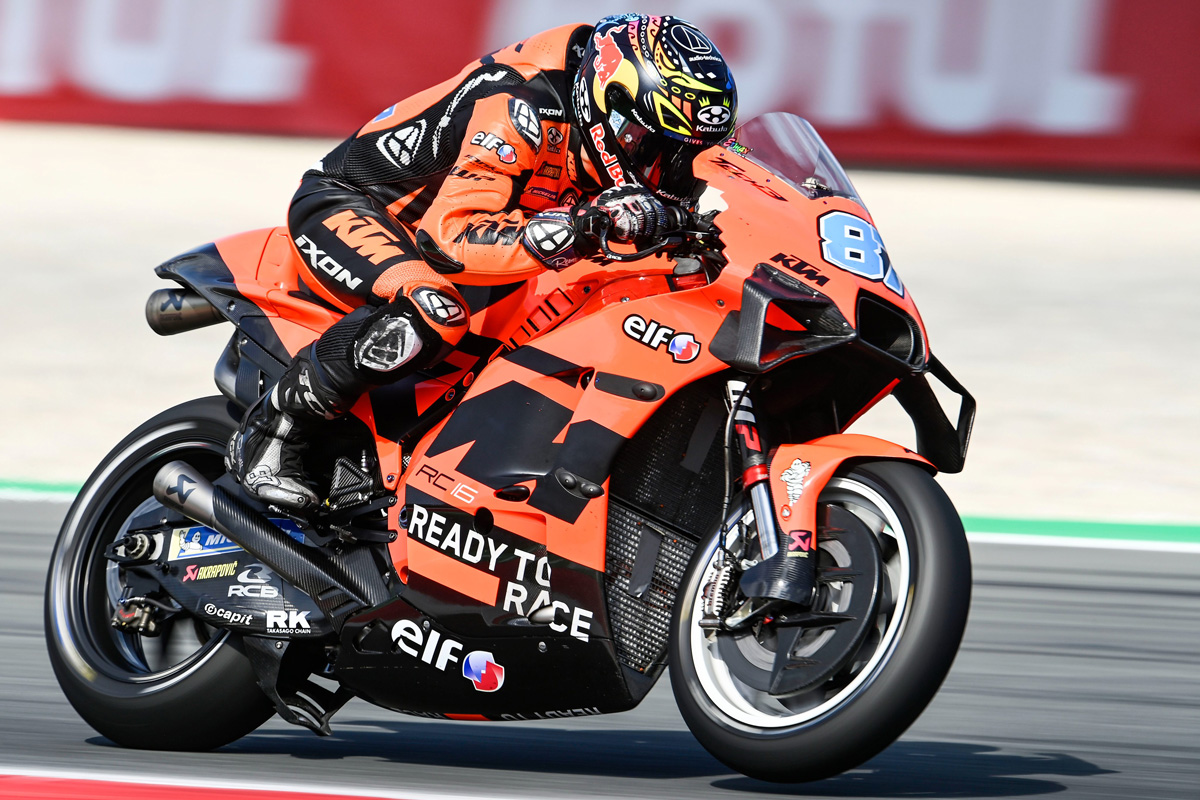 Remy Gardner is feeling positive ahead of tonight’s Dutch TT race, despite being underwhelmed with his starting position.

The Australian admitted he’d managed the conditions much better on Saturday than the rain that Friday had brought.

“I have enjoyed the dry here in Assen, it was much more fun than yesterday,” he said.

“Our position after qualifying is not great for sure, but we were really close from the fifth row’s places.

“Although we are not seeing it on paper, we are making progress so I am happy overall with my day.

“I think that we can have a good race tomorrow, so let’s see what happens.”

Fernandez, who finished runner-up to Gardner in the 2021 Moto2 title race, was far less upbeat.

“We were lacking feeling today with the bike’s settings, especially at the front, and it means that I struggled to get a fast lap because I was not comfortable in the fast corners,” he said.

“We will give our best for the race tomorrow and see if we get a good result before the holiday.”

A significant break follows tonight’s race (starting 22:00 AEST), with the next grand prix not until August 7 at Silverstone.

Francesco Bagnaia will be on pole for the Dutch TT, with factory Ducati team-mate Jack Miller starting sixth but with a long lap penalty hanging over his head for impeding Maverick Viñales during Q2.