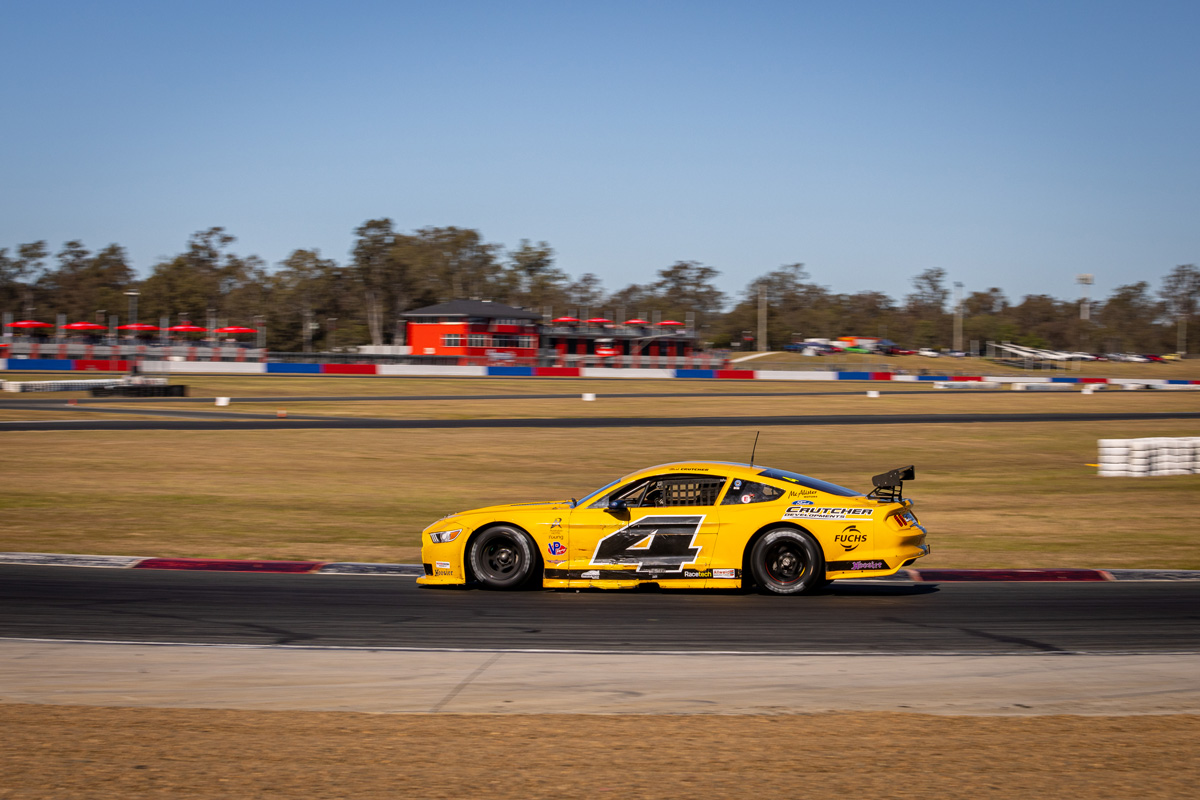 The #4 Ford driver was awarded victory in the first of four races this weekend in somewhat unusual circumstances, given it was Russell Wright who greeted the chequered flag.

Wright, however, was penalised for an incident while battling for the lead with Tim Shaw, who had topped morning qualifying with a record-breaking 1:12.3010s.

That did little to take gloss away from Crutcher’s triumph.

“It’s been such a ride doing this for five years with people I love in motor vehicles I love. I got emotional, it was incredible,” he said.

“Even Rusty [Wright] who finished first but got demoted came and gave me a hug and congratulated me, and bad luck for Tim but to race against names like Tim Shaw and Rusty Wright was a pleasure, I had a smile all the way round.

“So many people have helped me, Stuey at home, my wife Melissa, Peter Robinson, Cameron Sendall and all the TA2 crew and Paul Forgie who has been helping lately with set-up.

“We had a lot of help from Marcos Ambrose at the start with the set-up, it sounds funny to even say his name, and Paul Forgie also who is a legend of the game.

“Paul has taken me to the next level with the setup and he has helped a few people but for me the simple things he has done has let me drive the car quicker, I was shocked by the times we were putting out.”

There was another first-time winner in Race 2, with Chris Pappas coming up trumps. 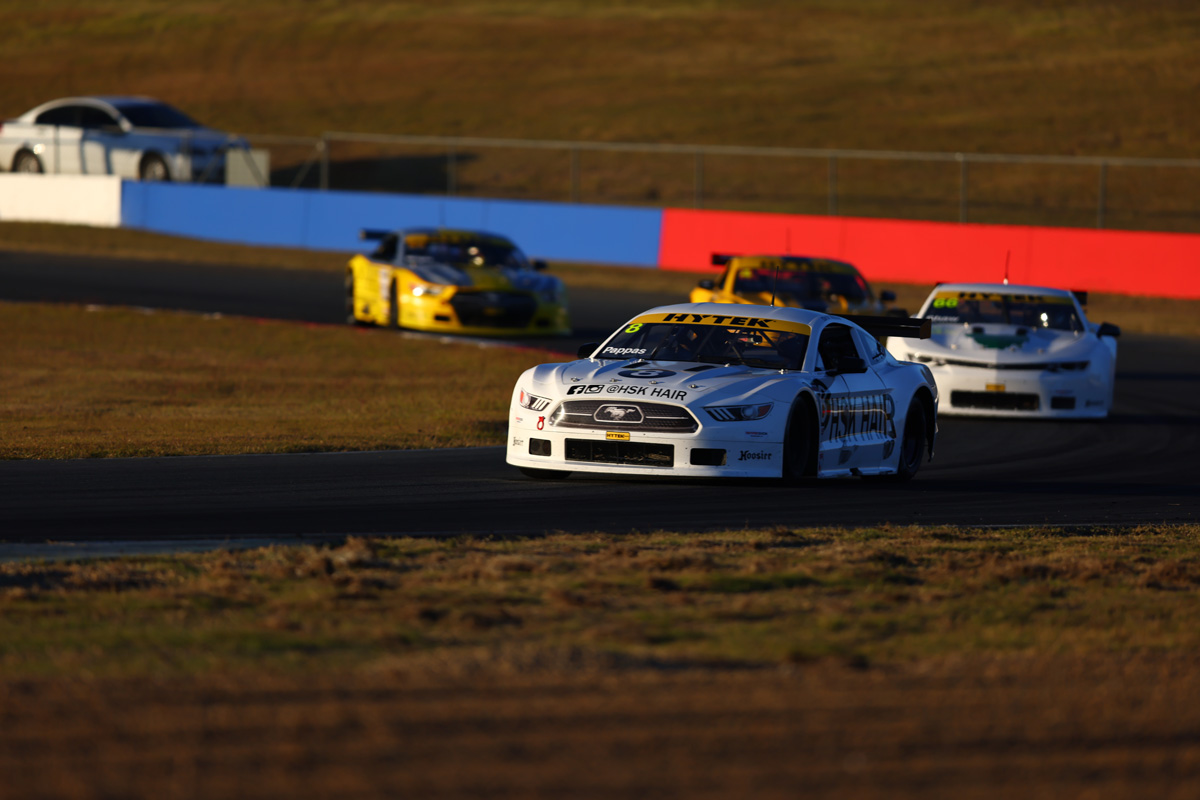 “It felt great to get my first win today and it was a good race out there,” said Pappas.

“There were a few good battles. [Anthony] Tenkate moved through early and Crutcher was really quick as well, Shaw moved up towards the end and he was on my tail putting a lot of pressure on but I just had my eyes forward and kept going.

“Norwell has been the most crucial part of my whole development. Two years ago I had never driven a race car before, just a couple of track days.

“I came to Norwell, met the guys there, got in an Excel, got in the TA2, they run my car for me and a few others, it’s been good having a whole team so when we do come to meetings like this we’ve got several drivers who can share data, some might be better in certain corners and some better in others, so we put it all together and as a team we move forward.”