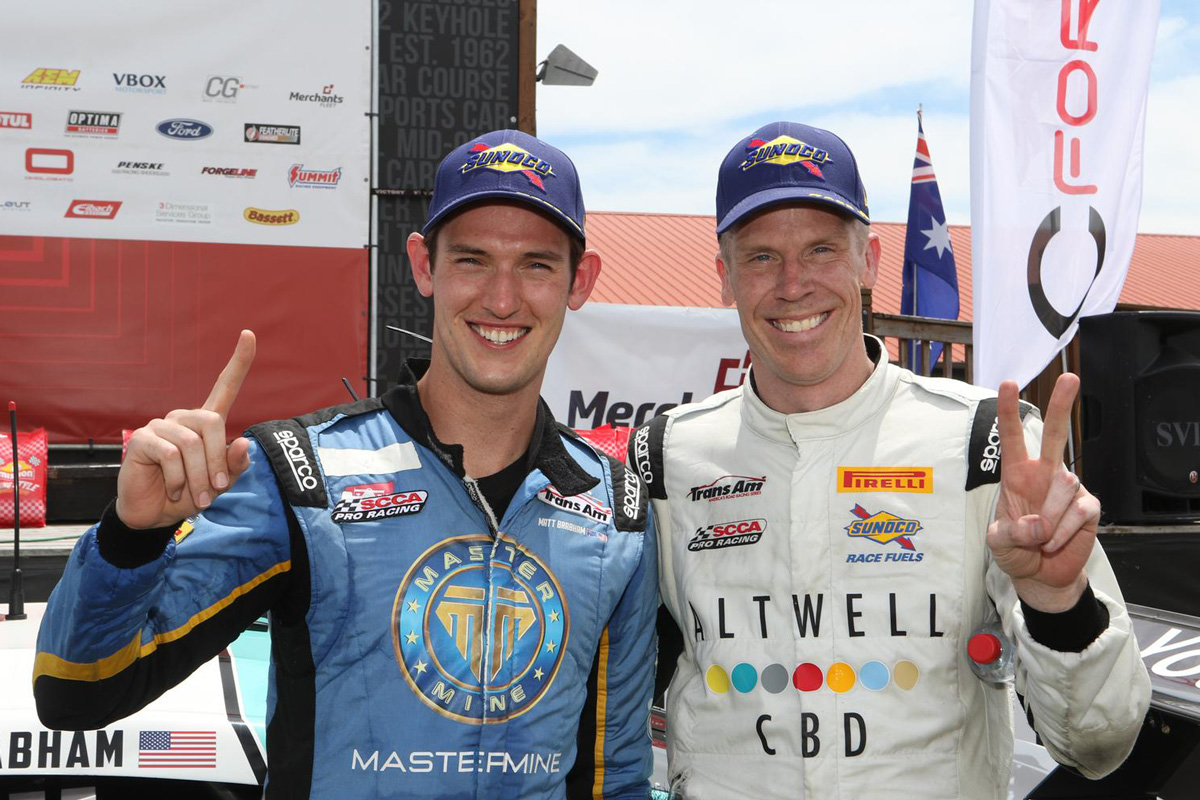 Matt Brabham has improved his Trans Am Series record in the United States to two wins from three starts with victory at the Mid-Ohio Sports Car Course.

Having grabbed the lead from pole-sitter Kaz Grala on Lap 1, and then again on Lap 25, Brabham held off fast-finishing team-mate Chris Dyson to win the 100-lap affair.

Brabham, whose first Trans Am win came last year at Circuit of the Americas while filling in for Dyson, spoke glowingly about his experience aboard the #21 Ford Mustang.

“These cars are some of the most fun cars I’ve ever driven in my life,” said the 28-year-old.

“When you have a team like Chris’ and the boys do such a good job prepping the car, it’s just a dream for me to come here and drive. I said at COTA [last year] there’s no other team I could have just come in and felt at home like with these guys.

“I think if there weren’t those yellows at the end, Chris probably would have gotten me. I had nothing left; I had no tyres left and I was pushing hard the whole race.

“It’s a big shame for Kaz; it was great racing with him early in the race and we had some great side-by-side battles. He’s an incredible driver and I’m sure he would have been right there with us at the end if he hadn’t had issues.

“Thank you to Chris, to everyone at allgram, and everyone at CD Racing for making me feel at home.”

Grala, a NASCAR Cup Series driver, retired from the race with a differential issue.

Brabham will return to Mid-Ohio next weekend for Round 8 of the Indy Lights season.

It’s been slim pickings since winning the St Petersburg season-opener, the Andretti Autosport driver now fifth in the standings.