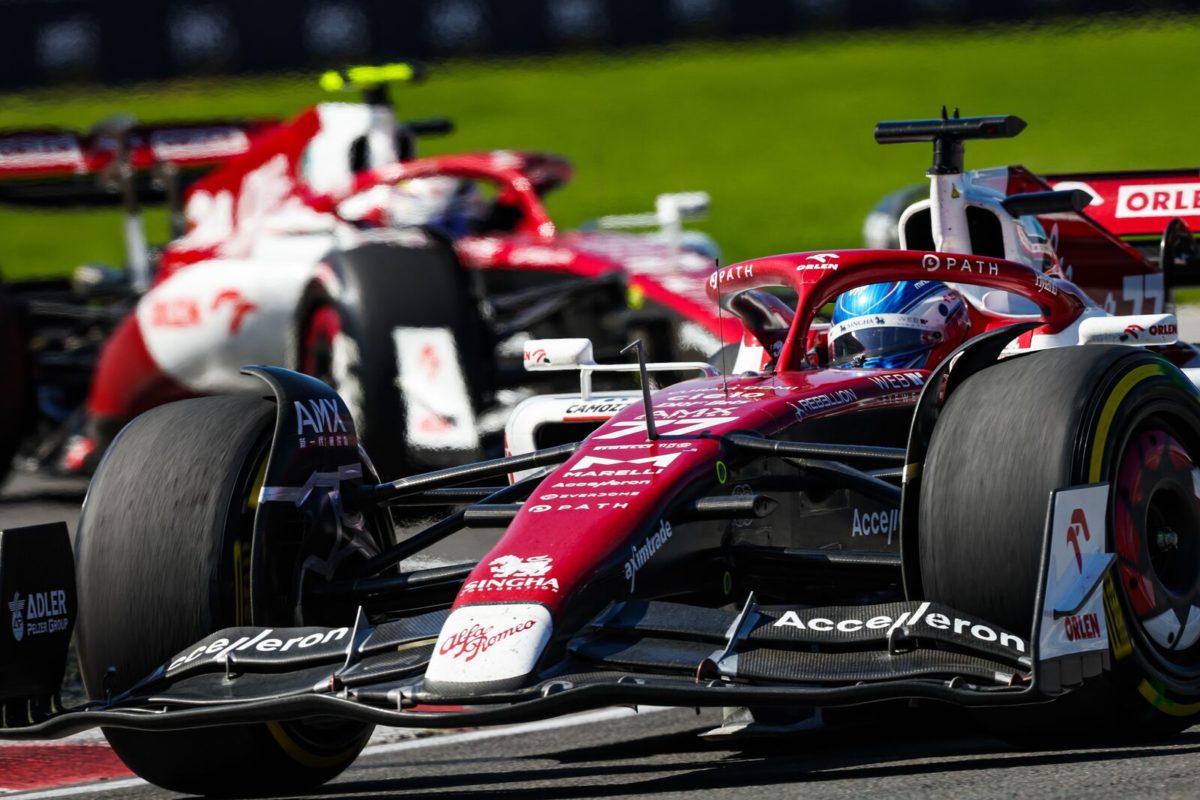 Next year’s grid of Formula 1 cars are already finding their way into wind tunnels as teams accelerate their development.

The current generation of cars are less than six months old with teams still working to fully understand the impact of dramatic regulation changes for 2022.

That has seen a return of ground effects for the first time since the early 1980s, which has brought with it a number of challenges.

Chief among them has been porpoising, the bouncing of the car due to the underfloor aerodynamics.

It’s a phenomena that was known to designers but, for the most part, underestimated.

Complicating matters for those now working to eliminate it from their cars is the fact it’s difficult to replicate using their usual tools.

Despite those hurdles, teams have already begun to commit resources into the development of their 2023 cars, with Valtteri Bottas revealing Alfa Romeo Sauber already has its in the wind tunnel.

“When I joined the team, I think already for this year [I] managed to bring something from my experience, mechanically, to the car, the way the car behaves mechanically,” the Finn said of his arrival at Hinwil.

“For the future, for the next year, working really, really closely with the team on everything, based on how this car behaves and works, and what we drivers feel like can be better.

“Always at the factory, when I’m there, I tried to go around and ask questions and give my feedback to the people specifically working on those areas.

“That’s something I really enjoy.

“It was, I think, last week, I saw the first time the first model of the next year’s car, the wind tunnel model, and all that stuff I really love to see and be involved in.”

It was a revelation that caught team boss Frederic Vasseur off-guard, the Frenchman admitting it was information Bottas shouldn’t have let slip.

“He was not supposed to say something like this,” he laughed.

“He will be in my office on Monday!”

Formula 1 is not expecting to drastically change its regulations for 2023 given the sweeping reforms made for the current campaign.

However, there is the possibility of tweaks to the current ruleset to address issues discovered in 2022, with the reintroduction of mass dampers one possibility in an effort to more easily eliminate porpoising.