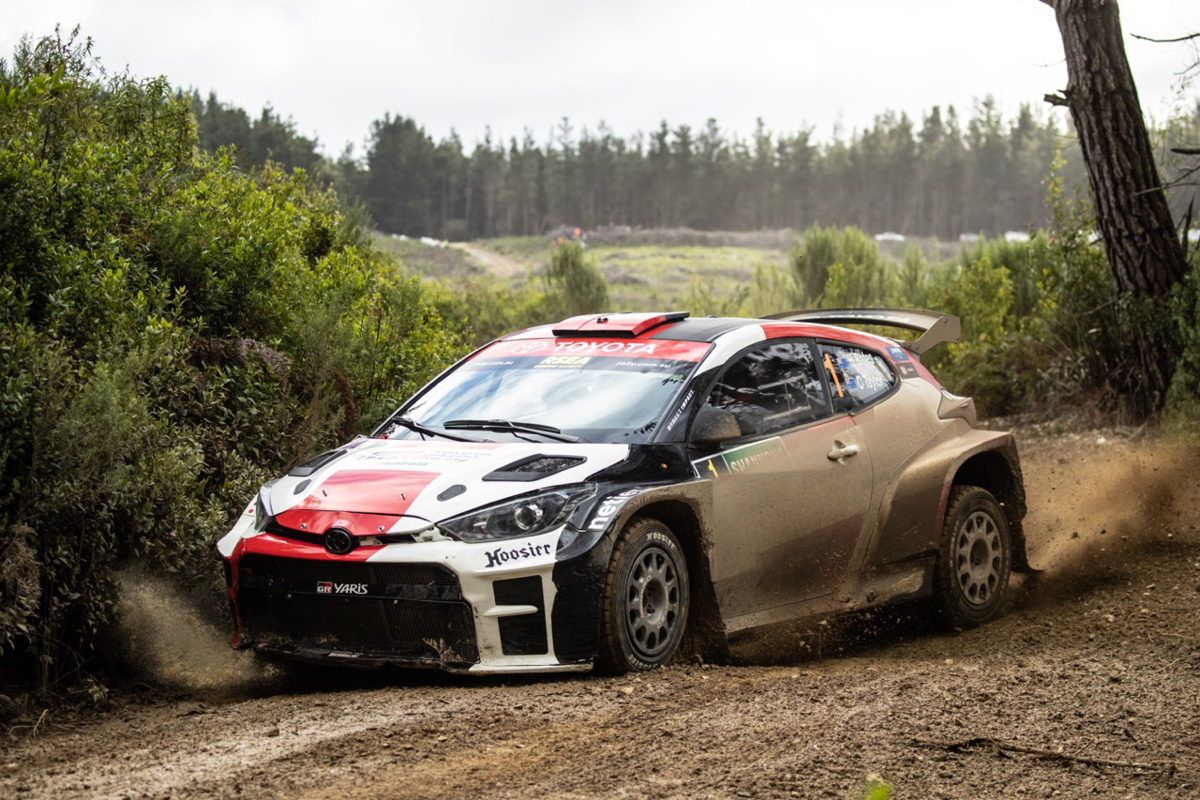 Coral Taylor’s first day back in the Australian Rally Championship couldn’t have gone much smoother, guiding Harry Bates to a healthy lead at the midway point of the Shannons Rally Launceston.

Taylor, who won ARC titles alongside Harry’s father Neal in 1993-95 and 2008, is in action this weekend substituting for COVID-stricken John McCarthy in the championship-leading Toyota.

Despite her admitting to an element of nervousness on the eve of Day 1, the Bates/Taylor combination enjoyed a flawless Saturday, clean sweeping all six stages.

They enter today’s second and final day of the event, comprising of another half-dozen stages, with a 3:07.4s margin over second-placed Richie Dalton/Dale Moscatt.

“Very strong from our side. The GR Yaris AP4 performed faultlessly and I thought my co-driver did a pretty good job today.

“Coral is such a professional and proved it today. I find it amazing. To get in a car at these sorts of speeds that these cars are going in the ARC nowadays is amazing.

“For her to jump at her age and a recent lack of competition, my hat goes off to her and I am very grateful to have her this weekend.”

Dalton only took a firm grip on second after Tom Clarke/Ryan Preston crashed heavily on SS5.

“I am happy for the result that we got but it was a very difficult day inside the car,” said Dalton of Ireland.

“Obviously struggling with a head cold and because my ears won’t pop, I have been struggling to hear Dale all day.

“I am also struggling with second and third gear corners, so there is a lot going on, but we still finished second so I have to be happy.”