Bagnaia class of the field in Dutch TT qualifying

Bagnaia class of the field in Dutch TT qualifying 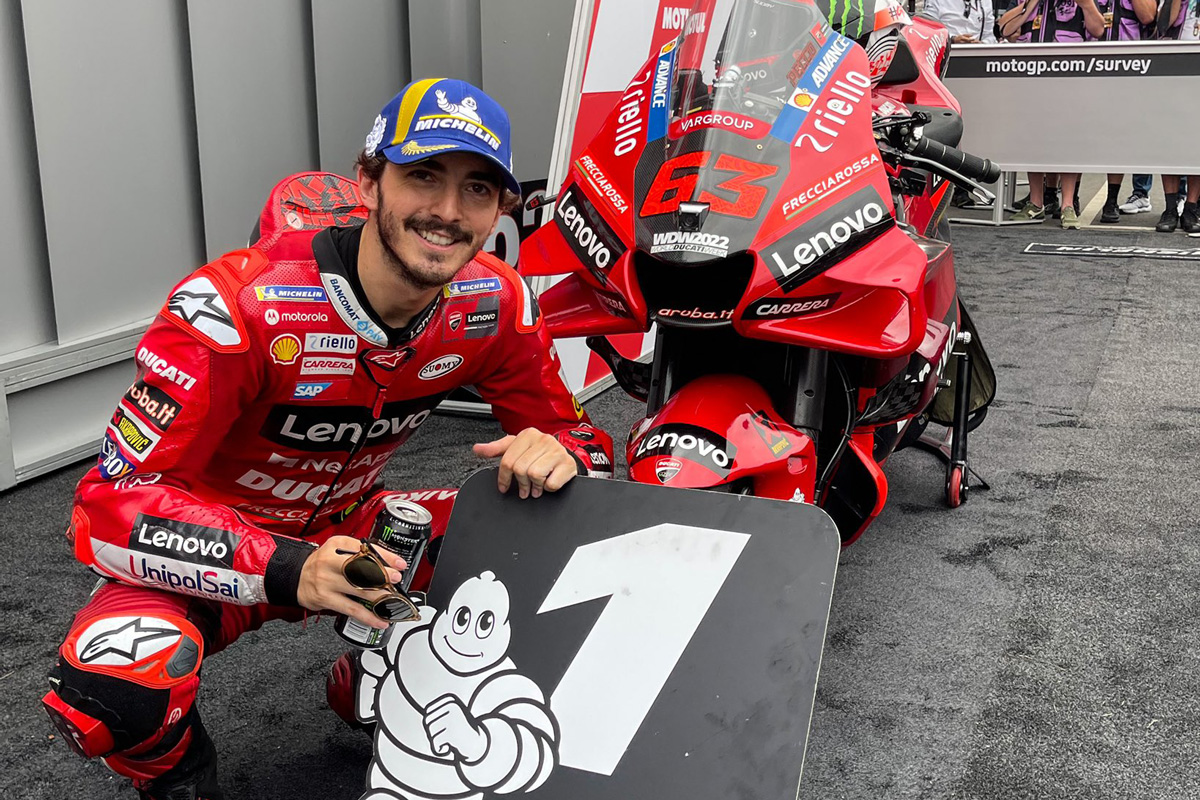 Francesco Bagnaia has continued his dominant one-lap form of late, collecting yet another MotoGP pole position.

This time it was Assen that he conquered in qualifying, the Italian recording an all-time lap record of 1:31.504s to seal the deal.

It’s Bagnaia’s fourth pole of the season, all of which have come in the past two months.

He’s in for a challenge over the Dutch TT race distance though with world championship leader Fabio Quartararo securing second on the grid with a late flyer completed just before the chequered flag was waved.

It was Jorge Martin who’d been in the box seat following the first runs in Qualifying 2, his 1:31.708s already having represented a new record.

Martin’s hopes of improving were dented by a crash at Turn 5, leaving the Pramac Racing rider to settle for third, with Quartararo’s Yamaha in a Ducati sandwich.

Martin was hardly the only one to blot his copybook during qualifying, 2020 champion Joan Mir suffering a similar incident en route to being knocked out in Q1.

Jack Miller meanwhile dropped his #43 Ducati at Turn 3 in the dying stages to cruel any hopes of matching his pace-setting team-mate.

The Australian will start sixth, Marco Bezzecchi and Aleix Espargaro having leapfrogged him in the second half of Q2.

The in-form Johann Zarco will start seventh, with the remainder of those making the cut for Q2 finishing in order: Miguel Oliveira, Alex Rins, Brad Binder, Maverick Viñales, and Takaaki Nakagami in 12th.

Red Bull Factory KTM Racing duo Oliveira and Binder were the two to make it through the Q1 process as Mir (14th) and Enea Bastianini (16th) were the high-profile casualties.

Remy Gardner qualified 19th, four places of ahead of Tech3 team-mate Raul Fernandez in what is now a 24-strong field after Pol Espargaro withdrew due to injury.