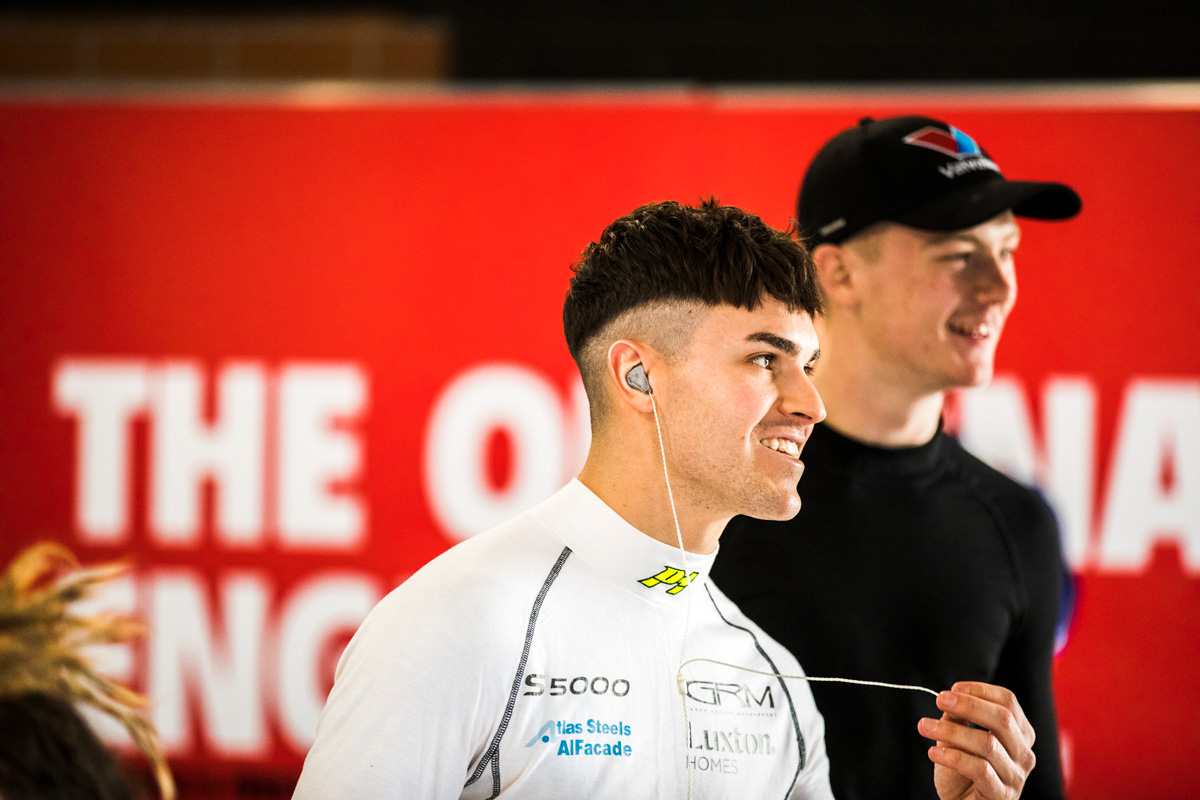 James Golding’s former Supercars team boss has sung his praises amid revelations the Victorian is now the favourite to replace Garry Jacobson at PremiAir Racing.

Golding was a serious contender to land a Matt Stone Racing seat for this year, and now seems likely to be back full-time after all following Jacobson’s sudden post-Darwin axing.

Zane Goddard and Kurt Kostecki were the early front-runners to be Chris Pither’s new team-mate, but both have since committed to honouring their respective Tickford Racing co-driver contracts.

Having seen his Supercars career unravel after just two years when Garry Rogers Motorsport pulled out of the championship at the end of 2019, Golding has divided his attention in recent times between racing in S5000 and co-driving at Team 18.

He was pencilled in for another Bathurst 1000 start alongside Scott Pye come October, but may instead be lining up for another Triple Eight Race Engineering customer outfit.

GRM director Barry Rogers is adamant the 26-year-old belongs in the main game.

“Obviously what we did (pulling out), everyone knows; it was a shame because he’s a really talented young guy, and over and above that, he’s a tremendous young fellow, hard working,” Rogers told Speedcafe.com.

“I think in recent years he has shown in his co-driver role… he’s quick and he’s reliable.

“Back in ’18 and ’19, we probably weren’t at the top of our game to be honest with you, so we probably feel in some way that we let him down not to show his absolute best.

“If he is given another opportunity, I think he will really grab it with both hands. He deserves a full-time drive and I hope it happens for him.”

From his teen years when Golding’s GRM journey began, he impressed with his dedication.

“He’s a tremendous young guy and really he has dedicated his life to motorsport to this day,” Rogers said.

“When he first started with us, from memory he was 15 or 16, and those that know Melbourne: we’re in Dandenong South and he was in a place called Warragul which is about 100km away.

“He would ride his bike to the station every morning, get a train to Dandenong, and ride his bike to work. He was never late, always on time, rain, hail or shine, just to get in the environment of working in a motorsport team, and did that while he was racing go-karts back in those days when he first started.

“Then he went through Formula Ford and when his motor racing side of it started to really get going, he obviously had a run in Super2.

“From our end I was a bit disappointed because, I mean, he was still working for us but his mechanical prowess and ability in the subassembly room, he is a very, very good tradesman, so that side we missed when his racing kicked off.”

While the Gold Star and Tasman Series have avoided him in S5000 land, Golding has regularly wowed with his raw pace.

“There’s no doubt for the [Supercars] co-drivers, particularly in recent years where it has been one race a year, you need to be racing something,” Rogers noted.

“You need to be out there keeping your skills sharp and there’s no better class than an S5000 to do that. He hasn’t got to the absolute ultimate there, Joey Mawson has got the last few championships, but Jimmy or Bieber as we call him, has been hot on his heels.

“Those S5000s keep you sharp and I think Jimmy would be the first to tell you that you get out of an S5000 and into a Supercar and you feel like you have got a bit of time up your sleeve.”

With the NTI Townsville 500 approaching (July 8-10), PremiAir is expected to announce its new full-timer in the coming days.