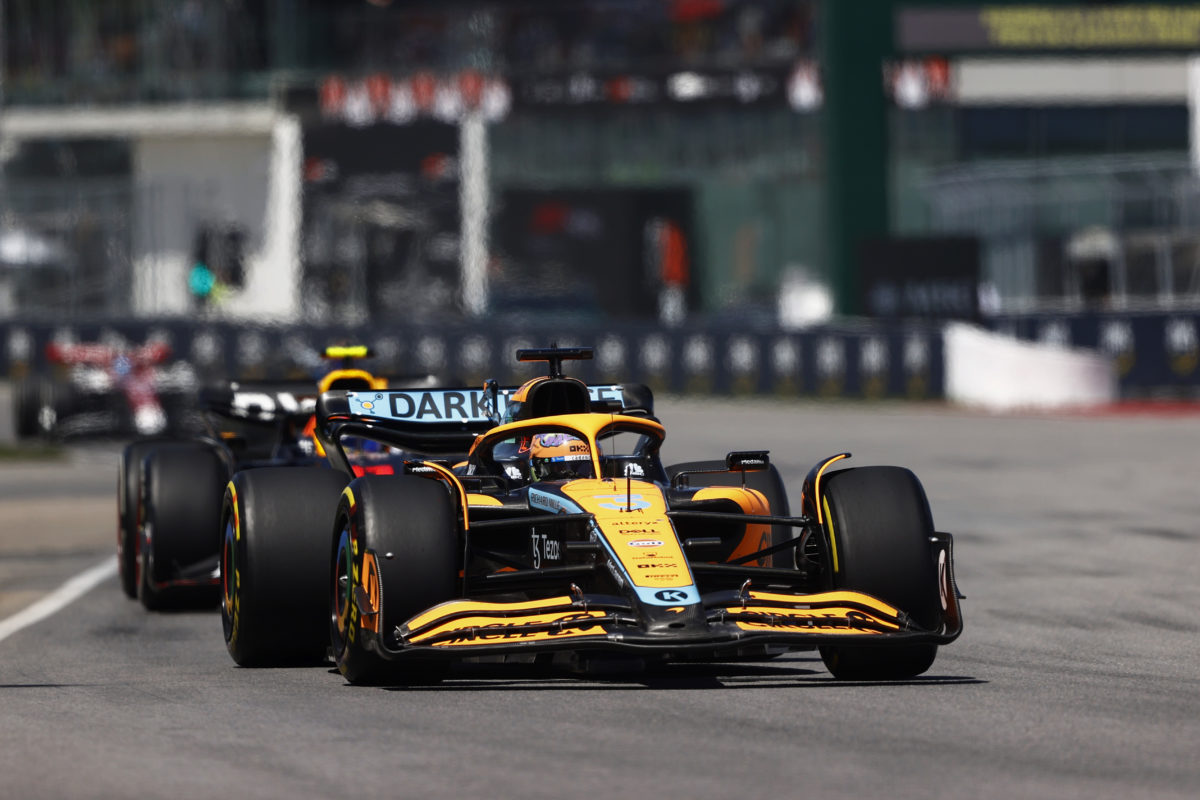 Improved performances in recent races have left Daniel Ricciardo to suggest he’s seeing “little signs” that he is becoming more comfortable in the McLaren MCL 36.

While he was only capable of finishing 11th in Canada, that result was more a product of having to nurse an ailing car to the flag than his own efforts in what was another solid weekend for the Australian.

It came off the back of the Azerbaijan Grand Prix which saw the 32-year-old record arguably his best result of the season, finishing one spot up from team-mate Lando Norris having had stronger pace throughout much of the grand prix.

“Baku was obviously a better weekend I think, obviously after Monaco it certainly looked a lot better,” Ricciardo said.

“I think we’re pretty decent in the dry, I think we kind of hit the ground running, and we got up to speed pretty quickly.

“That’s always encouraging, and these are little signs as well of confidence and a feel with the car.

“It’s been kind of trending, definitely, in the right direction the last couple of weekends.”

But while encouraged by his recent form, Ricciardo is mindful that the job is not done.

“I don’t want to over dramatise and say ‘turned a corner’, but I think it’s certainly been much more positive [the last] couple of weekends.

“It’s the progress and steps that we need to take, and currently taking them, so certainly, like, optimise or positive with that.

“Yeah, keep chipping away, but in a better place than a few weeks ago.”

Ricciardo remains 13th in the drivers’ championship after slipping out of the points late in the Canadian Grand Prix as he nursed brake issues.

He has a total of 15 points from the opening nine races, while Norris has 50 to his name.

McLaren remains fourth in the constructors’ title fight, though is now only eight points clear of Alpine and 14 from Alfa Romeo Sauber in what has become a tense midfield battle.

The British Grand Prix is next, on July 1-3, an event which saw Ricciardo home in fifth last season.