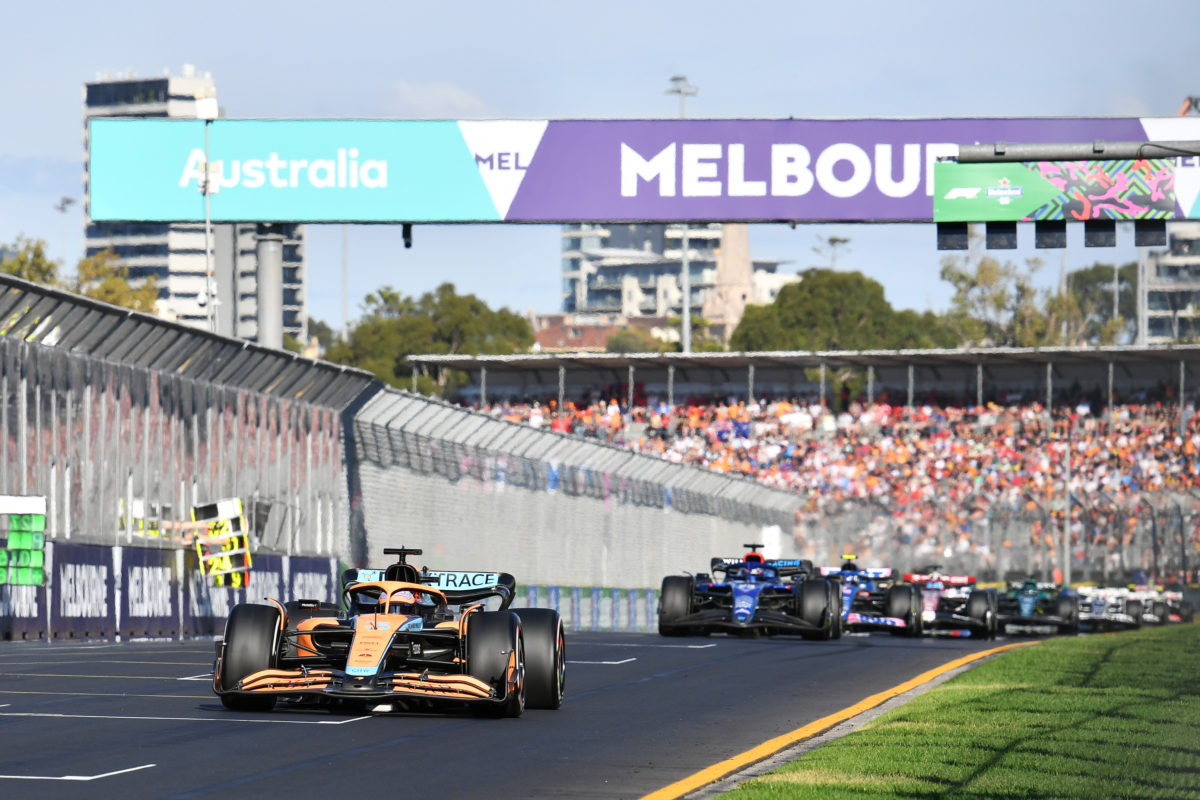 The Australian GP will remain in Melbourne until at least 2035

Last week a bumper decade-long contract extension was announced, securing the event’s future in Albert Park until at least 2035.

It’s the longest contract the event has held in its history, tracing its roots back to Adelaide in the mid-1980s, and brings with it the addition of FIA Formula 2 and Formula 3 Championships on the support bill.

The announcements comes as the latest in a string of long-term deals announced by the sport which has added mega contracts with Singapore, Abu Dhabi, Qatar, and Bahrain.

“It’s the Formula 1 world championship, so we need to race all around the world,” Brundle told Speedcafe.com when asked his thoughts on the Australian Grand Prix.

“I think Australia, from drivers and then back to ’85 with Adelaide, and the way that Aussies engage with sport…

“It’s an important element to us, if we want to call ourselves a world championship.

“This is such a good event in Melbourne – and a lot of us still miss Adelaide because we used to love coming to Adelaide.”

Melbourne will host the opening round of the F1 season for the next two seasons and is contractually guaranteed a further three opportunities as the first event before the expiry of the new deal.

For the remaining editions, the event will run no later than Round 3, as it did this year, ensuring it remains in the March/April timeslot.

That comes amid suggestions it could swap to the back end of the year, fuelled by the revised date initially given to the 2020 race prior to its cancellation.

That concept was knocked on the head by Australian GP boss Andrew Westacott, who conceded to Speedcafe.com that the concept was discussed but has been dismissed.

“There was a bit of a feeling in Melbourne that it doesn’t necessarily have to be the first race of the year this year,” Brundle reasoned.

“Obviously I mean, doing the Formula 1 calendar, especially as we’re moving towards even 24 races possibly next year – certainly we’ll do 23.

“That looks like doing a Rubik’s Cube with a few squares missing to me.

“You’ve got venues that want the first race, the last race, you’ve got public holidays, religious holidays, weather considerations, and the logistics of knitting it together.”

Next year’s calendar is likely to witness a degree of change versus the traditional run of events, with a push to group races by region wherever possible.

That is being driven by considerations over logistics, the sport’s environmental impact, and also fatigue management among the traveling circus.

“We come home and then we go somewhere else. It’s like, you surely want to be doing something on the way out or on the way home as a stepping stone.

“I think that’s what they’re saying, but you’ve got to be careful somewhere like Austin and Mexico for example maybe attract the same crowd, or the same group of people or whatever.

“So there’s the commerciality of that.

“You surely won’t want to do Miami, Austin, and Vegas, you know, three in four weeks or something like that.

“So I’m sure that there are some restrictions on that, but as an overview, without doubt, we should be grouping the races together logistically, and in a much more obvious way.”

No date has yet been set for the 2023 Australian Grand Prix, though it is likely to fall on March 26 or April 2.