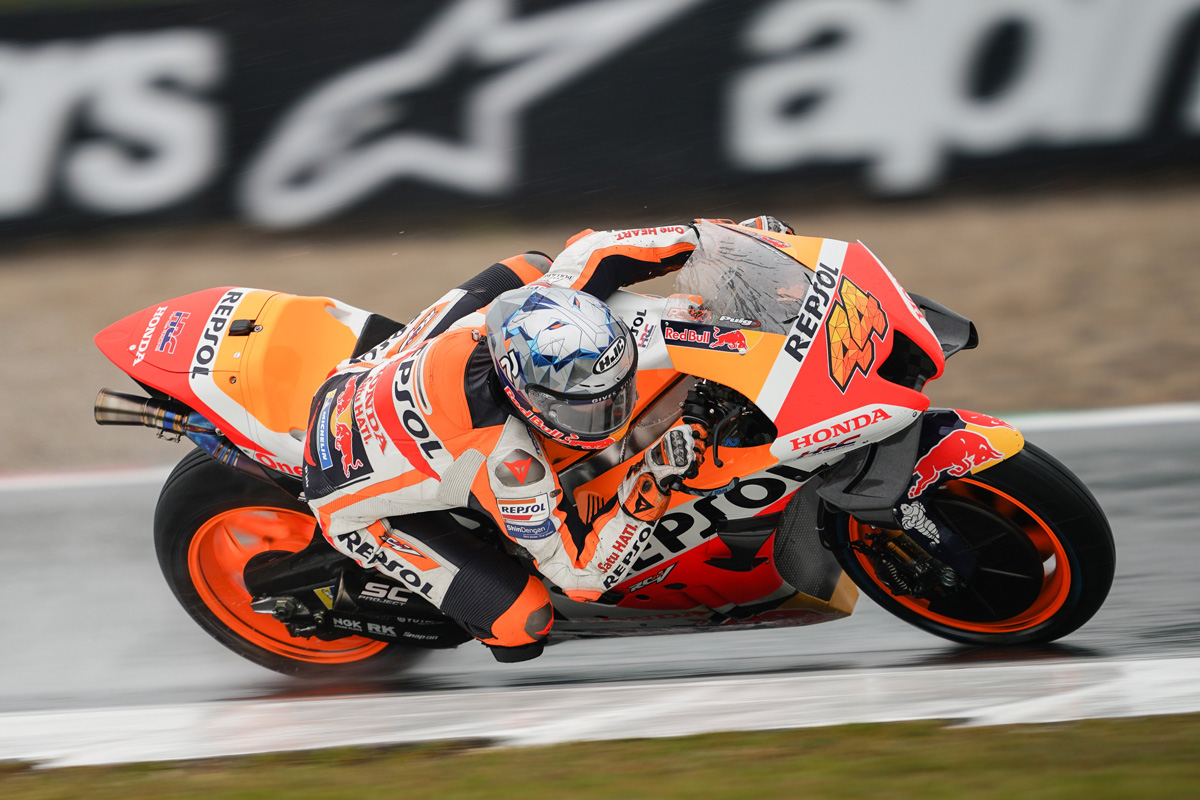 Pol Espargaro is continuing to feel the aftereffects of a practice crash last weekend in Germany, admitting his breathing was impacted during Friday running at the Dutch TT.

Rib and back pain for the Repsol Honda rider made for a particularly testing Free Practice 2 at Assen, where he had expected his condition to have improved.

“In the afternoon we started to put in soft tyres, there was quite a lot of tension because the situation on the track was difficult,” said the Spaniard.

“Then I pushed and I felt that straight away my ribs started to hurt quite a lot, and then also my back.

“All the muscles that protect my ribs on my back to compensate for all the power you do on the ribs and the abdomen got super tense and I had an unbelievable contraction on my back.

“I struggled to take the air and sometimes I was struggling to talk after the session.

Espargaro is making no promises about finishing the weekend at this rate.

“I’m going to take some treatment, some anti-inflammatory to see how this reacts for tomorrow and see if I can ride,” he continued.

“If I’m not able to ride fast and perform well, then there’s no sense in riding.”

Last weekend’s action at the Sachsenring marked the first time in 40 years Honda had failed to score a single point at a grand prix, and they may be up against it once more judging by the #44’s plight – combined with Marc Marquez’s continued absence.

Espargaro, as well as LCR’s Alex Marquez, are expected to be on the move from Honda at season’s end.

Marc Marquez continues to comfortably be Honda’s lead rider in the championship, despite having started in just six of the 10 grands prix prior to this weekend.

International reports indicate Joan Mir and Alex Rins, both of whom are free agents due to Suzuki’s impending departure, may take their respective places at Repsol Honda and LCR.

Qualifying for the Dutch TT begins at 22:10 AEST tonight.