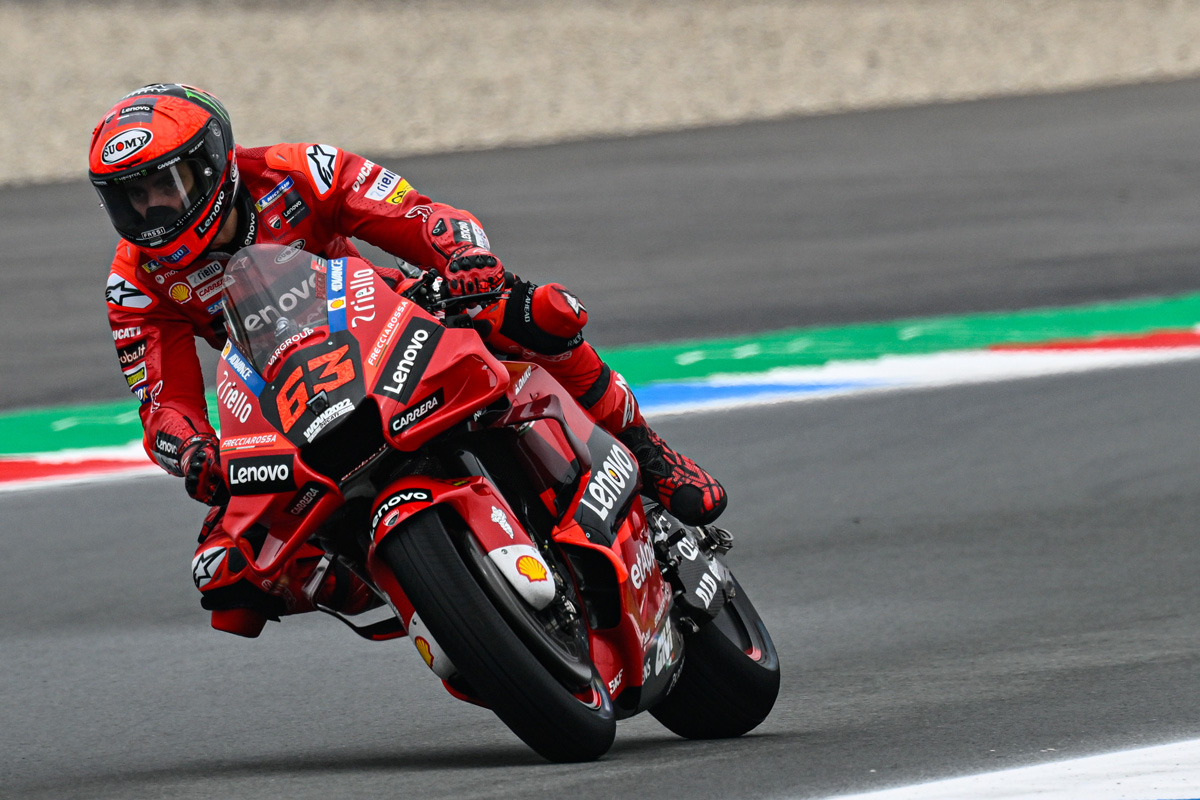 Francesco Bagnaia has started the rebound from his Sachsenring nightmare by establishing himself as the opening day pace-setter at the Dutch TT.

Following a very wet Free Practice 1 topped by fellow Ducati Lenovo Team rider Jack Miller, it was Bagnaia who was fastest of all once conditions improved in the second session.

The Italian ultimately set the bar at a 1:33.274s, nearly two tenths clear of the field.

Bagnaia’s world championship hopes took a further dent last time out in Germany, crashing out from second in an incident he still finds inexplicable. The distraught #63 rider consequently dropped to sixth in the standings, now with less than half of leader Fabio Quartararo’s points tally.

On Friday at Assen, the rider who’d got closest to Bagnaia’s benchmark, Aleix Espargaro, would be stripped of all lap times he’d set on slick tyres due to a technical infringement.

The Aprilia rider, who holds second in the points, was found to have run a rear water spoiler whilst on slicks, and with the adjustment to the classification, was relegated to last.

That does put the Spaniard in a potentially precarious position, needing to hope rain does not affect FP3 so that he has the chance to put in a time fast enough to ensure he needn’t go through Qualifying 1.

Espargaro was not the only rider to be penalised; Monster Energy Yamaha’s Franco Morbidelli copping a long lap penalty for Sunday’s race for twice riding slowly on the racing line during FP2.

With Espargaro removed from the equation, it was Morbidelli’s team-mate Quartararo who wound up second on a 1:33.579, with Alex Rins of Suzuki third.

FP3 for the premier class begins this evening at 17:55 AEST, ahead of FP4 from 21:30, which leads straight into qualifying.