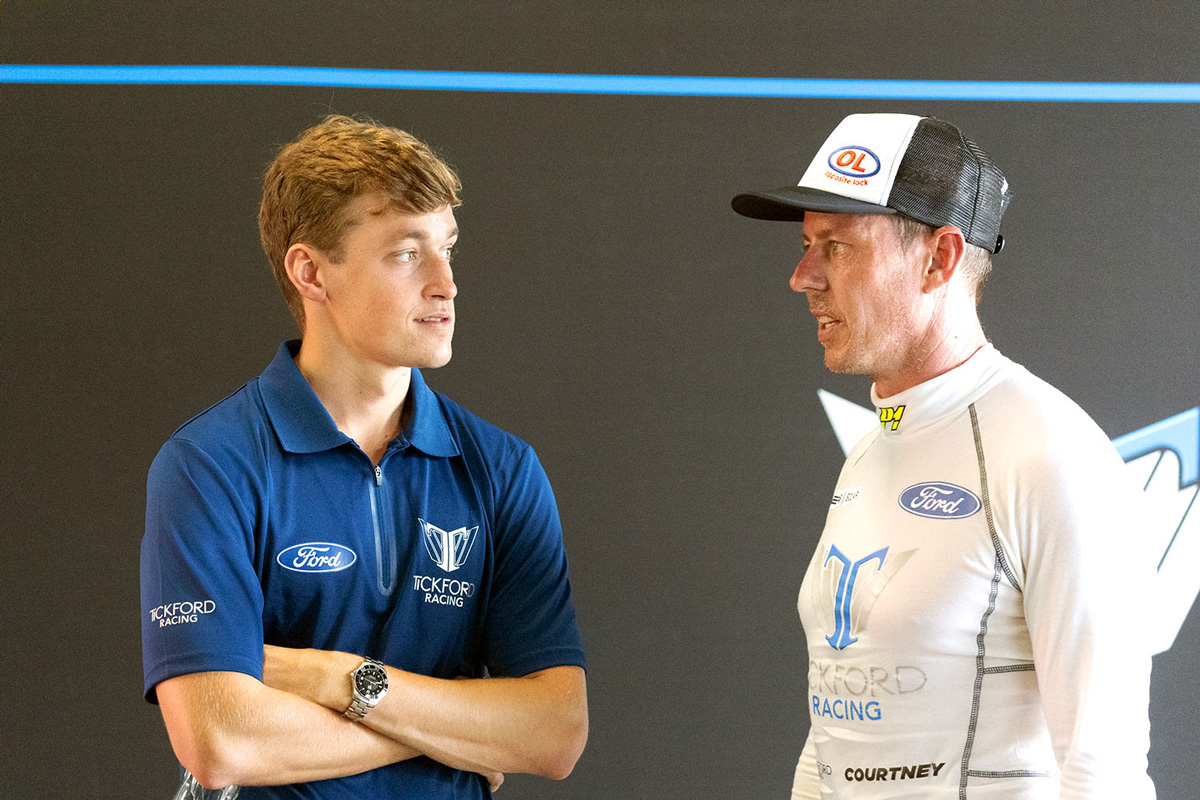 Zane Goddard and Kurt Kostecki have ruled themselves out as contenders to fill the PremiAir Racing seat suddenly vacated by Garry Jacobson.

The duo were quickly installed as the favourites to be handed the reins of the #76 Subway-backed ZB Commodore, despite being contracted to Tickford Racing to co-drive in the Repco Bathurst 1000.

It’s not unprecedented for a driver to be released from a co-driver contract in order to pursue a full-time gig, and Goddard had made a surprise appearance at PremiAir’s test day last month.

However, Goddard has put it beyond doubt that he will remain loyal to Tickford, and throw everything at a strong Great Race result in October.

There, he will partner 2010 Supercars champion James Courtney, the pair of Gold Coasters sharing a long friendship.

“I really appreciate PremiAir Racing considering me to drive for them this year but unfortunately that couldn’t work at this time,” Goddard told Speedcafe.com.

“That said I’m a big fan of Peter [Xiberras, team owner] and Matt [Cook, team principal]’s vision and would very much like to work with PremiAir Racing in the future.”

Already possessing experience in both the Ford and Chevrolet Gen3 prototypes, the former Matt Stone Racing driver hopes to catapult his way back onto the full-time grid next year.

It’s understood security for 2023 was not necessarily on the table from Xiberras, with Kostecki also pulling the pin to instead team up with brother Jake at Mount Panorama.

With Goddard and Kostecki out of the running, all eyes remain fixated on who will replace Jacobson as Chris Pither’s team-mate for the remaining seven rounds of this season.

A decision will need to be made promptly, with the NTI Townsville 500 fast approaching for July 8-10.

Former Garry Rogers Motorsport Supercars protege James Golding is among the new favourites for the seat; whichever way the team opts, an announcement is expected in the coming days.