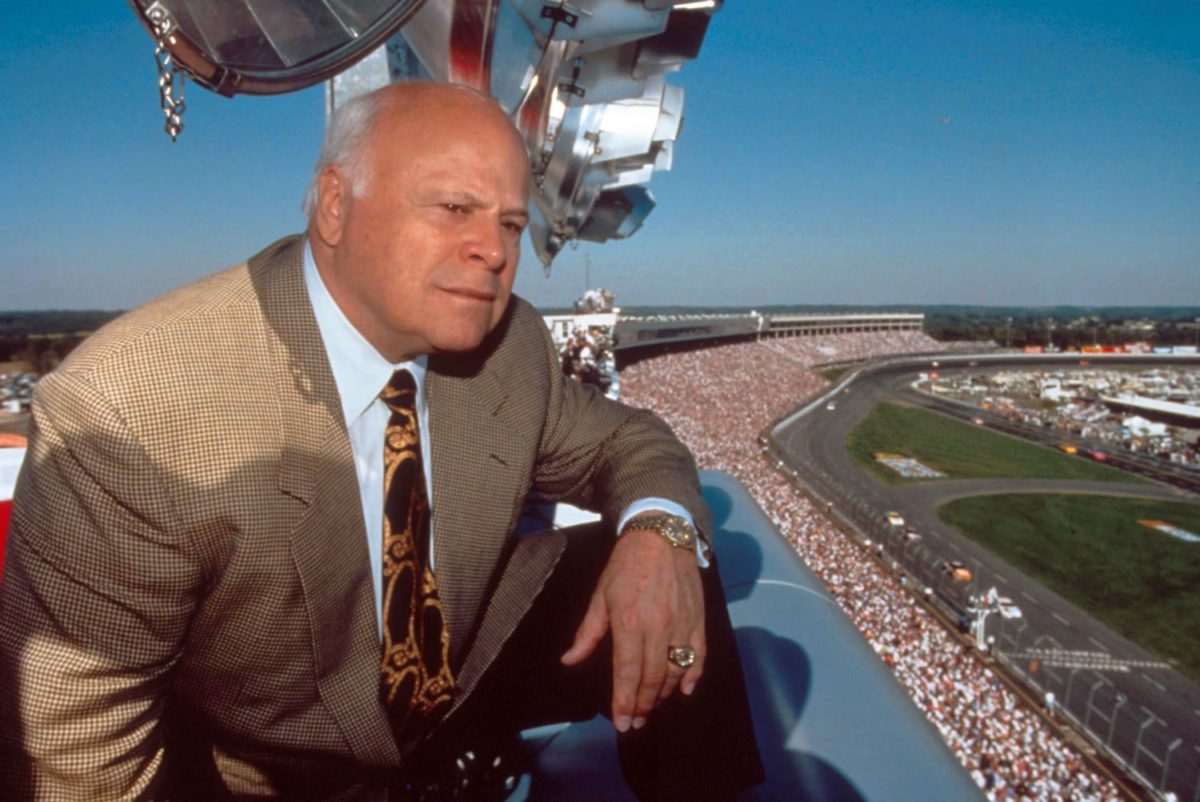 NASCAR Hall of Famer Bruton Smith, the man who built Charlotte Motor Speedway, has died at 95 years of age.

Speedway Motorsports, which he founded in 1994, nowadays owns 11 tracks, which are hosting a total of 15 NASCAR Cup Series races this season.

Charlotte, originally built with NASCAR Hall of Fame member Curtis Turner before Smith regained sole ownership in 1975, was the first track of its size to have permanent lighting installed.

He also oversaw the construction of unit blocks overlooking the track, the ‘Speedway Club’ hospitality facility, and the installation in 2011 of a big screen believed to be the world’s largest high definition television at the time.

Roger Penske, a NASCAR competitor who would go on to own Indianapolis Motor Speedway, declared in 2016, “Bruton Smith is a special guy and someone who has brought so much to NASCAR.

“When you think about the Charlotte Motor Speedway and Bristol, and tracks like New Hampshire and Sonoma and Atlanta, he’s been the best. There’s no question. He set the bar.”

Smith was born on March 2, 1927 as the youngest of nine children in a farming family, and began promoting races before he was even 18 years old.

He was running the National Stock Car Racing Association, a rival to NASCAR, although that was closed down during the 1950s, while he was serving for the United States in the Korean War.

Back during his teens, Smith also tried his hand at racing himself.

He competed at local dirt tracks in a car he bought for $700, and claimed to be somewhat adept at driving, but would soon defer to the wishes of his mother.

“I started driving … and it was not as difficult as I thought it was,” he explained during his 2016 Hall of Fame induction speech.

“My dad didn’t have a problem with it; he just said, ‘Be careful, boy.’

“I was, but my mum had a problem with it, and she said, ‘I wish you wouldn’t do that’ … and my mother was a very religious person, and my mum started praying I would quit.

“Well, I knew then … it was time for me to quit because I was not going to compete with that.”

Outside of motorsport, Smith established the Sonic Automotive group which now owns more than 100 car dealers in 13 states, and Speedway Children’s Charities, which reportedly distributed more than USD 2 million in 2020.

He beat non-Hodgkin’s lymphoma in 2015 before dying from natural causes on Wednesday (local time).

Speedcafe.com extends its condolences to Smith’s friends and family.