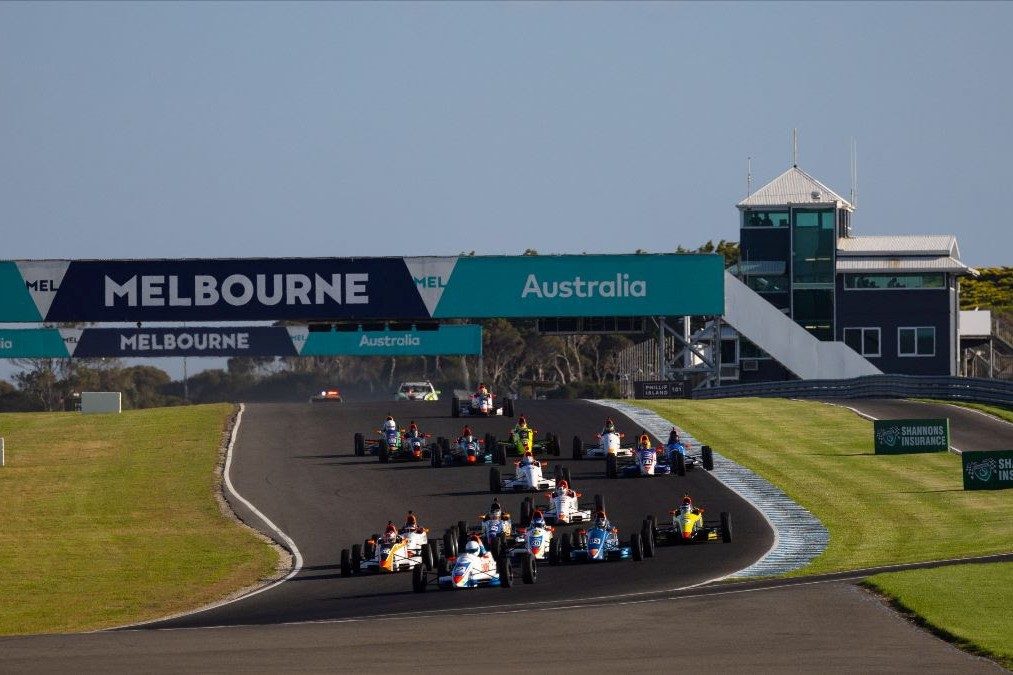 The Formula Ford Association (FFA) has welcomed the news of a new car and a return to national championship status from 2024.

Motorsport Australia made the announcement today, following over 12 months of deliberations by working groups around the future of the category, and the possibility that an alternative might even be brought in to fill a perceived gap in the junior pathways.

Formula Ford had been left out in the cold when it was stripped of Motorsport Australia national series status at the end of 2015, as part of a plan to rationalise the number of categories.

Nevertheless, national competition has continued ever since, while the Motorsport Australia Formula 4 Championship came and went after six seasons.

Formula Ford’s national series status was reinstated by Motorsport Australia this year, and now it has been announced that the ‘Formula Ford National Championship’ is back in 2024, when a new-generation car will be introduced.

While there is believed to have originally been some concern from the Formula Ford community about what Motorsport Australia’s formation of the working group would mean for the category, FFA administrator Phil Marrinon hailed today’s news.

“The Formula Ford Association welcomes this initiative and is proud to be a part of ensuring Formula Ford continues to be the main development pathway for circuit racing in Australia,” said Marrinon, who was also quoted in Motorsport Australia’s announcement.

“Safety and cost control has always been the guiding principles of our Formula Ford rulebook. With the advanced safety features becoming more affordable the time is right to introduce them into our regulations.

“We are one of the few Formula car categories that encourages diverse manufacturer involvement, and our local constructors will be some of the first in the world to build tube frame chassis with these advanced safety features.

“We look forward to working with Motorsport Australia to continue to foster not only Australia’s next generation of driving talent, but helping train Australia’s upcoming Motorsport engineers and mechanics, just as we have done for 50 years.”

In the 2022 Australian Formula Ford Series, CHE Racing’s James Piszcyk has a small lead over Sonic Motor Racing Services’ Valentino Astuti ahead of Round 4 at Sydney Motorsport Park on August 6-7.