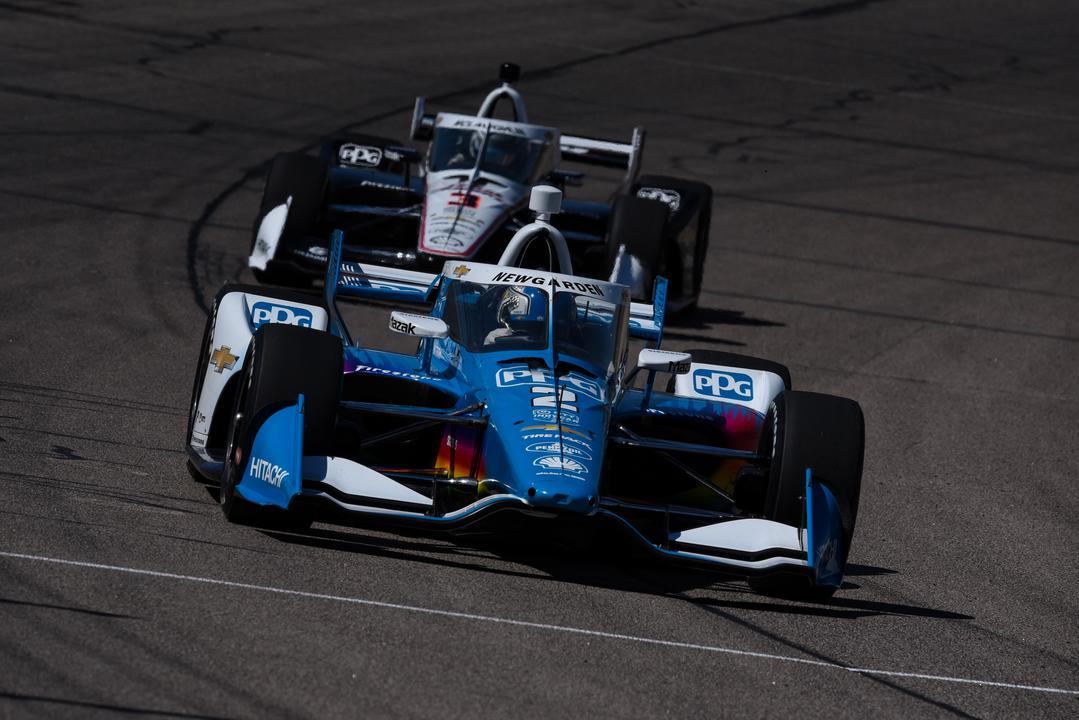 Josef Newgarden and Team Penske have come out on top in a bumper IndyCar test at Iowa Speedway.

Team Penske filled the top three out of a total of 19 cars which were in action at the 0.875-mile oval, which hosts a double-header event next month.

In his first visit to Iowa, Scott McLaughlin topped the afternoon session on an 18.537s, although he was third on combined times.

Newgarden went as quick as an 18.377s while Will Power’s best in the #12 Chevrolet was an 18.522s, according to unofficial timing kept by tyre supplier Firestone.

It was the afternoon running, however, which was arguably more representative of what drivers should encounter in late-July, given the mercury exceeded 90 degrees Fahrenheit (32 degrees Celsius).

Power also had the honour of amassing more laps than anyone else, at 282 in total, with both of his team-mates also circulating more than 200 times.

Fastest Honda driver, in fourth overall, was Takuma Sato on an 18.597s in his Dale Coyne Racing w/ RWR entry, while series leader Marcus Ericsson was seventh on an 18.830s in the Chip Ganassi Racing Honda.

IndyCar is in the midst of a busy testing period during the mini break in competition, with four teams totalling eight drivers, including Paretta Autosport’s Simona De Silvestro, in action on the Indianapolis road course later this week, and activity also at Sebring next week.

The next race event takes place at Mid-Ohio on July 1-3 (local time), with live and ad-free coverage on Stan Sport.