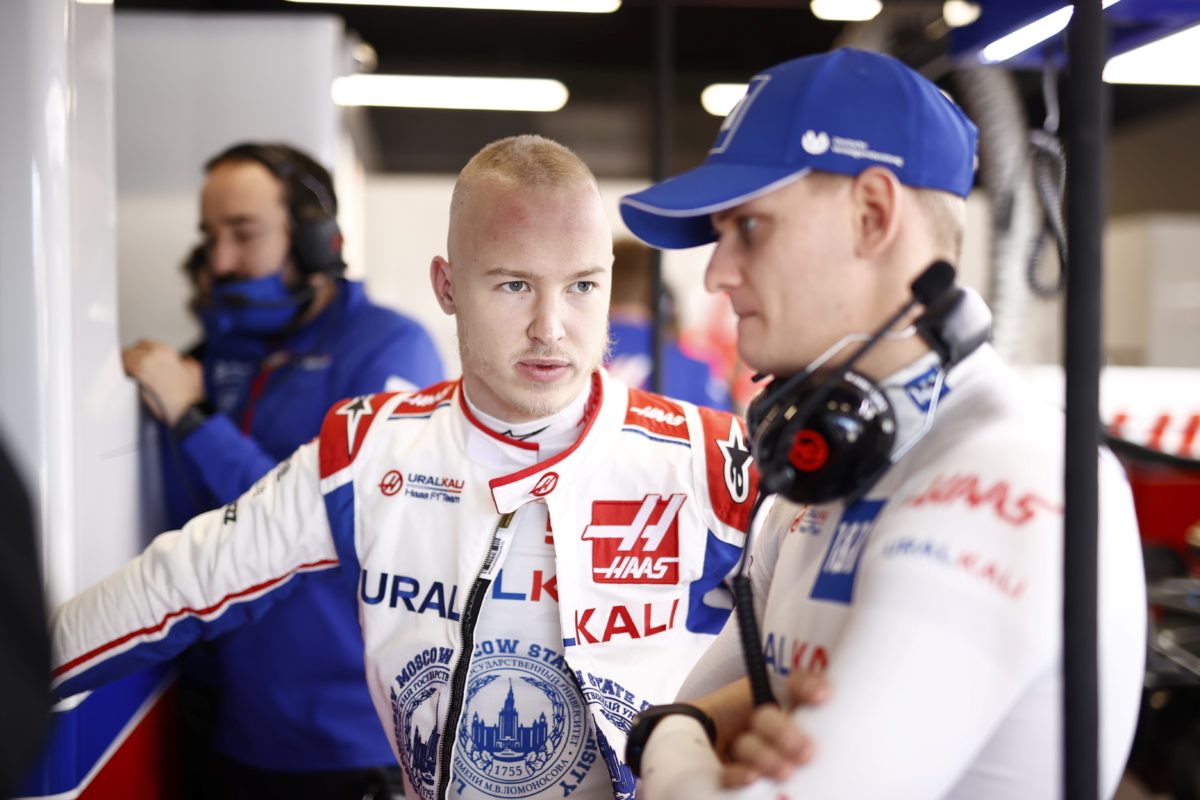 Nikita Mazepin has revealed he has commenced legal action against the Haas Formula 1 Team following his dismissal from the squad.

“When the contract was terminated, Haas had a salary arrears to me for 2022, and they still haven’t paid it,” the 23-year-old told Russian publication RBC Sport.

“It seems to me that the employer, at a minimum, should compensate for the salary until the moment of dismissal and, probably, pay some kind of severance pay.

“And when the whole world kicked you somewhere… it’s probably wrong. But that’s just my opinion.

“I’m just talking about the fact that contractual obligations were not fulfilled,” he added.

“You also need to understand that we had two independent contracts.

“Breaking the agreement with the title sponsor [Uralkali] did not have a direct impact on my future in the team.

“So they made two separate decisions. I didn’t see my money, so we’re going to court.”

Mazepin’s position in the team became untenable following the opening pre-season test in Spain as the world looked to freeze Russia out of international business and sport in response to its Ukrainian aggression.

Motorsport UK took arguably the hardest initial stance, declaring it would not recognise licences issued by the Russian or Belarusian motorsport federations.

That followed a similar stance taken by the International Olympic Committee, while the day prior to Motorsport UK’s announcement the FIA stated that it would only allow such drivers to compete in a ‘neutral’ capacity.

With mounting concerns as to whether Mazepin would be able to compete, with Motorsport Australia asking for government assistance to block Russian visas, Haas opted to part ways with its driver.

The Russian driver’s contract is understood to have been terminated on March 5.

Meanwhile, on March 3, Formula 1 announced that it had terminated its deal for the Russian Grand Prix – a decision which Mazepin claims the sport has had to settle financially.

“According to my information, Formula 1 paid money to Rosgonki for the cancelled Russian Grand Prix and, thereby, set an example of etiquette.

“There are business relations and you can’t go wild, this is wrong. Unfortunately, not everyone is guided by this.”

On that point, Mazepin appears mistaken as Rosgonki later told RBC that no monies had been forthcoming from Formula 1 following the Russian GP’s cancellation.