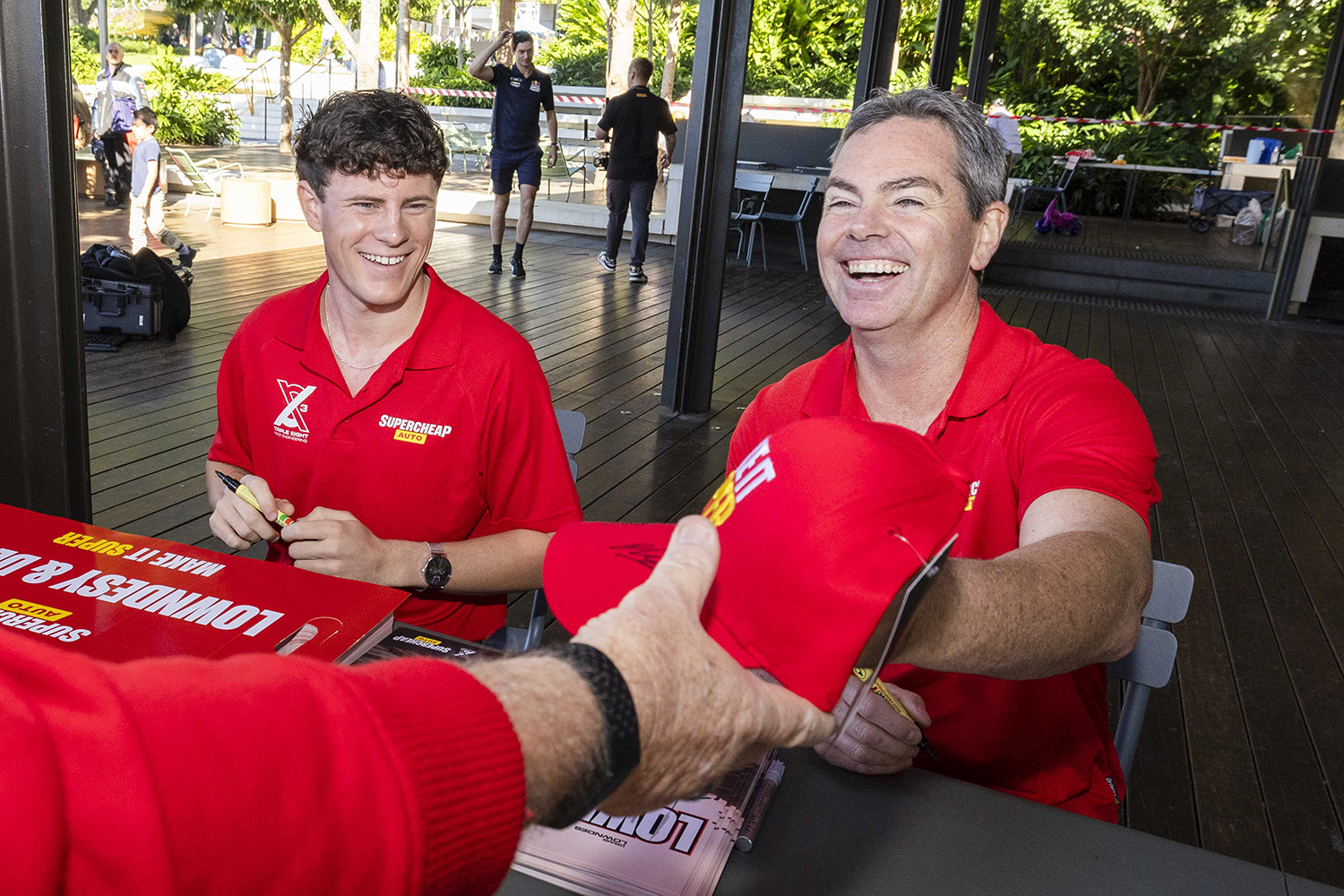 Craig Lowndes says loyalty played a big part in his decision to stick with Triple Eight Race Engineering for this year’s Bathurst 1000.

In 2022, the seven-time winner will be part of a wildcard entry alongside Super2 Series front-runner and Great Race debutant Declan Fraser.

However, it might not have come to pass if not for Lowndes’ loyalty to the Banyo-based outfit he’s been with for nearly two decades.

Speaking with Speedcafe.com, the veteran confirmed he had other offers on the table.

It’s understood Walkinshaw Andretti United were among those to approach Lowndes having come into the new-year off-contract.

“The loyalty has been a big thing for me,” Lowndes told Speedcafe.com.

“Jamie [Whincup], now stepping into that chair, we had conversations ongoing.

“This is where I probably will, hopefully, maybe, I don’t know, end my career, with Triple Eight.

“You don’t know what the future holds, but look, we had offers from other teams, yes.

“At the end of the day, the relationship that I have with Triple Eight as a family and the people within it was strong.”

Lowndes has been part of the furniture at Triple Eight since 2005.

Six of his seven Bathurst 1000 triumphs have come with the team, his most recent in 2018 during what was his final full-time season in the Supercars Championship.

This year marks Lowndes’ first at the team outside of a full-time entry, rather, the recently turned 48-year-old will be in a Supercheap Auto-backed wildcard.

Lowndes’ illustrious career is set to continue into the Gen3 era, having signed a two-year contract with Triple Eight that will take him through to 2023.

That’s something he is eager to sink his teeth into.

“I’ve loved being part of the engine programme last year, part of the driving car side of it this year,” said Lowndes of Gen3.

“I’m really excited to see both manufacturers hit the race track next year, in the sense of that sort of GM battle against Ford and knowing what we’ve done and behind the scenes how much work has been going on.

“It’s going to be fantastic to see the cars running around the circuit come starting next year.”

Lowndes and Fraser will test at Queensland Raceway today, marking their first hit-out in the lead-up to the famed 161-lap endurance race.