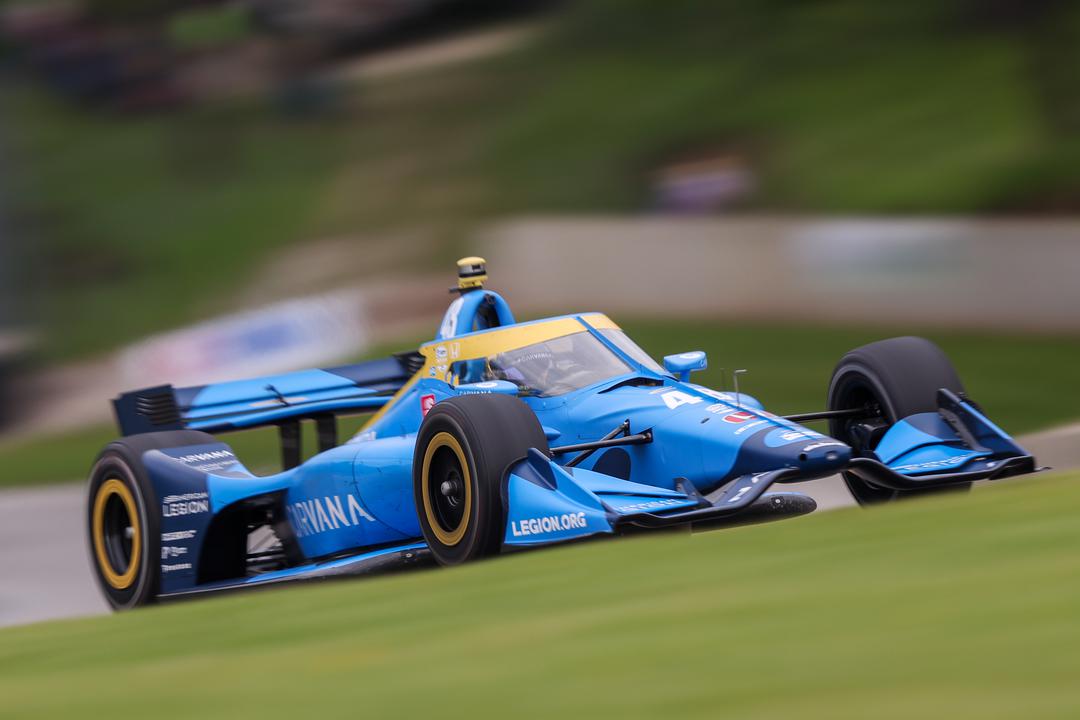 Jimmie Johnson has stated that he wants to undertake another full season of IndyCar racing in 2023.

The seven-time NASCAR Cup Series champion debuted in the open-wheeler category in 2021, but has only added the oval events to his programme this year.

Despite only once finishing higher than 20th so far in 2022, when he was sixth on his IndyCar oval debut at Texas Motor Speedway, Johnson “absolutely” wants to contest the full season again in 2023.

“What I’ve been doing has been so much fun and enjoyable,” he added.

“I continue to get better and certainly hope to do something similar next year.”

Johnson finds himself 24th in the standings after the first eight races of the campaign, with just the one full-timer behind him.

On the other hand, his regular Chip Ganassi Racing team-mates Marcus Ericsson, Alex Palou, and Scott Dixon, are first, fifth, and sixth, respectively.

Even on ovals, the transition from NASCAR to IndyCar has been a rather large adjustment, with Johnson admitting ahead of Fast Friday at last month’s Indianapolis 500 that going flat into Turn 1 would take “an interesting conversation with my right foot”.

Speaking ahead of his return to IMSA competition in this weekend’s Michelin Endurance Cup race at Watkins Glen, he also spoke of how “my senses, my eyes have really adjusted well to how fast an IndyCar gets around a race track.”

The 46-year-old, who will race a Cadillac DPi at the New York State circuit, added that it has been an “eye-opening experience” to come to terms with other categories, after so many years in stock cars.

“I think whatever lane you’re in – whether it’s sportscars, formula cars, big, heavy stock cars – at a young age your path is sort of chosen for you and you really start spending time on those tracks seeing the cars, the technology,” he noted.

“It’s amazing all these little pieces you pick up along the way that help you be stronger in that given discipline.

“In the NASCAR space I clearly spent a career there, a lifetime there. I always wondered what it would be like to drive the other cars.

“I am realising when I cross over, all the things that I took for granted I’m now needing to re-learn.

“When you look at how strong the IndyCar field is, the DPi field, the NASCAR field, they are very specialised skill sets for each one.

“I just think that’s a credit to motorsports and how strong the series are.

“I think generations back, certainly it was specialised, but I think there’s a bit more freedom for a driver to move around.

“This has certainly been an eye-opening experience for me to leave the top of one field and literally start over in these other fields.”

Johnson indicated that his deals for next year will start to come together in coming months, around the end of the northern summer.