Well, that sure went a lot better than Winton.

After struggling in Victoria, we were all pretty determined to bounce back and the Saturday in Darwin couldn’t have gone much better: front-row lockout and a one-two in the race.

I’ve been asked a few times about whether it was a relief to chalk up my first win of the year but to be honest, it’s not like it’s been something that was out of reach. We’ve been in the hunt many, many times but yeah it was good to get the job done.

Obviously a big part of it was winning the start, and it was a bit close between me and Will into Turn 5 but we all got through and it was happy days.

It was fitting that Will was on pole for his 500th race – even if I did maybe spoil his party a little bit!

Getting to 500 starts is not something that many have done in this game, so he’s done well to survive in the industry for so long and be competitive every year. It seems like he is driving as good now as he ever has.

Will’s a good team-mate and we respect each other. I don’t know how many races he has got left in him but I’m sure he has got a heap because he is not slowing down any time soon. 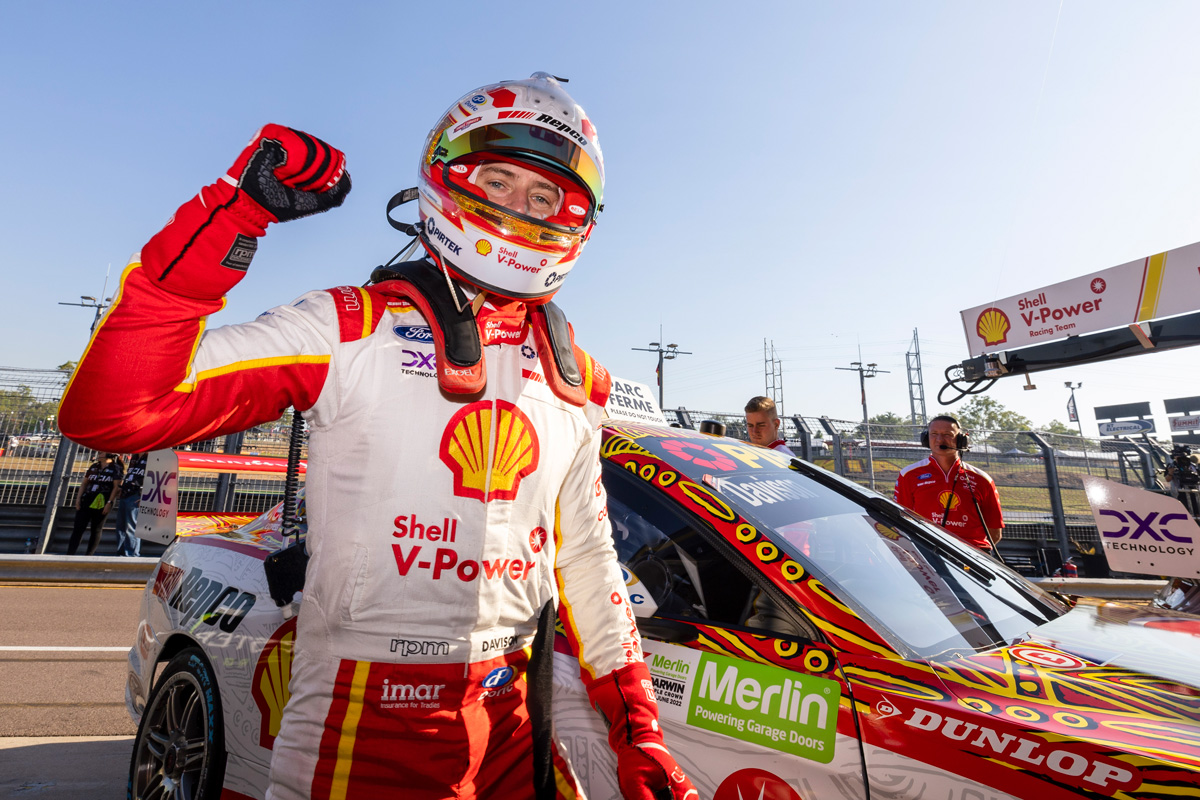 He’s also a really good starter, so it was good to get him off the line a couple of times! I think second on the grid sometimes is almost better there, being a bit cleaner side of the road as well. I don’t know how much that plays a part but we seemed to launch pretty good.

With the higher tyre pressures, it was fairly hard to pass during the races – probably a little worse than last year.

As soon as you’re on the back of someone you’re pretty screwed, so you need quite a big advantage to get by anybody.

You saw a fair few times over the weekend with fresher tyres, as soon as you caught up to someone you pretty much stopped where you were.

It’s pretty difficult because you’re struggling to keep the tyres cool by yourself, so as soon as you put a car in front of you, of course you’re going to overheat.

And I was obviously on the receiving end of that in the last race when we were trying to get past Chaz for the win.

After that restart, it seemed like his tyres got a big birthday and a big cooldown because the laps after the Safety Car were pretty fast.

It wasn’t like we were cruising around and he was struggling, we were punching around pretty quick and we were pulling away from whoever was behind us.

He was struggling pretty hard in the last couple but just not enough to get by in the right spots. Where he needed to be strong he was.

Track position is always king and he had it. It would have been nice to get a few more laps but it is what it is. 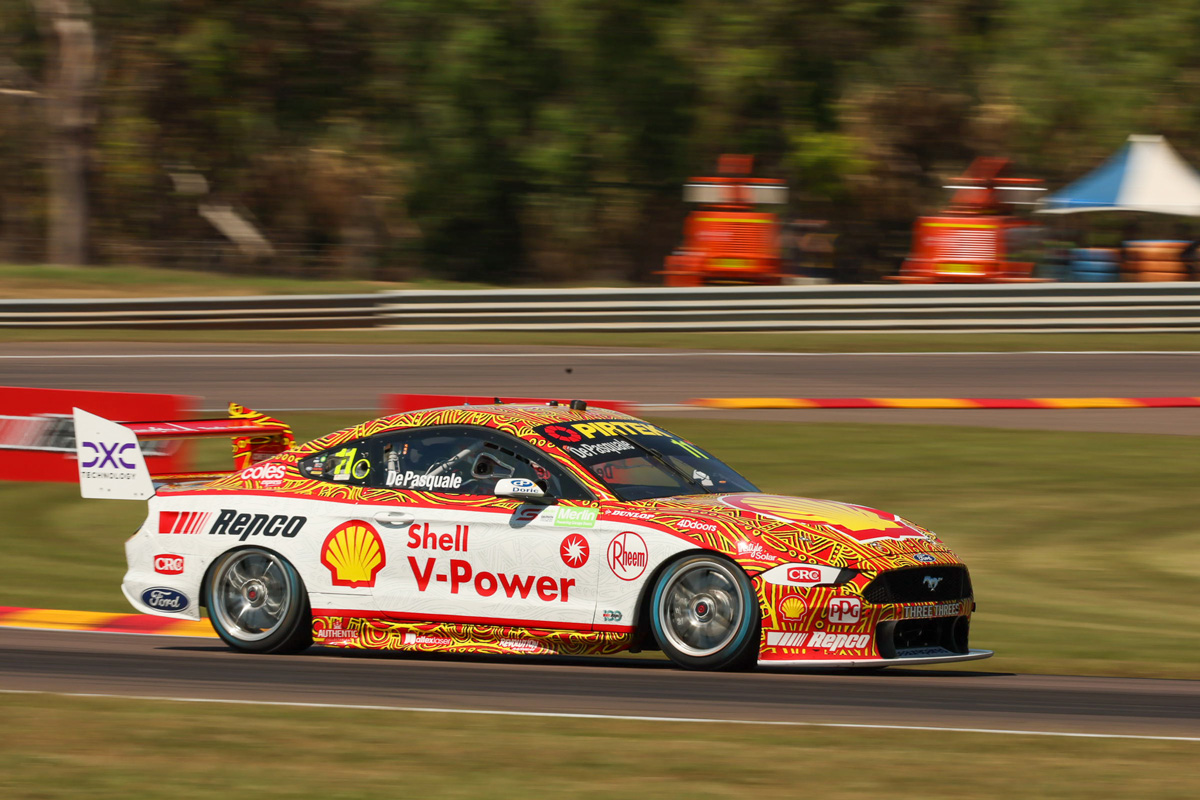 By the end of the weekend, we did manage to close the gap to Shane in the drivers’ championship and we now have the Shell V-Power Racing Team on top in the teams’ championship.

There’s a long way to go but that is one thing we wanted to tick off for the year so hopefully we can stay up there.

It’s going to be a tight battle all the way until the end, so we have got to try our best to avoid weekends like Winton. But obviously the main aim is to get podiums, win races, and then points accumulate from there

The next round we go to is Townsville.

Last year when we went there Triple Eight did have a genuine speed advantage on the whole field so we’ll see what it’s like when we get there again.

I’m sure we’ll have some different ideas and different ways of going about it.

We did two weekends there last year in a row and tried basically two different styles of car for each weekend and both had their positives and negatives, so we’ll try to hustle that into one style and see if we can get something that’s going around pretty good.

Until then, we’ll be hard at work getting ready to have a red hot crack.

Thanks for reading guys,