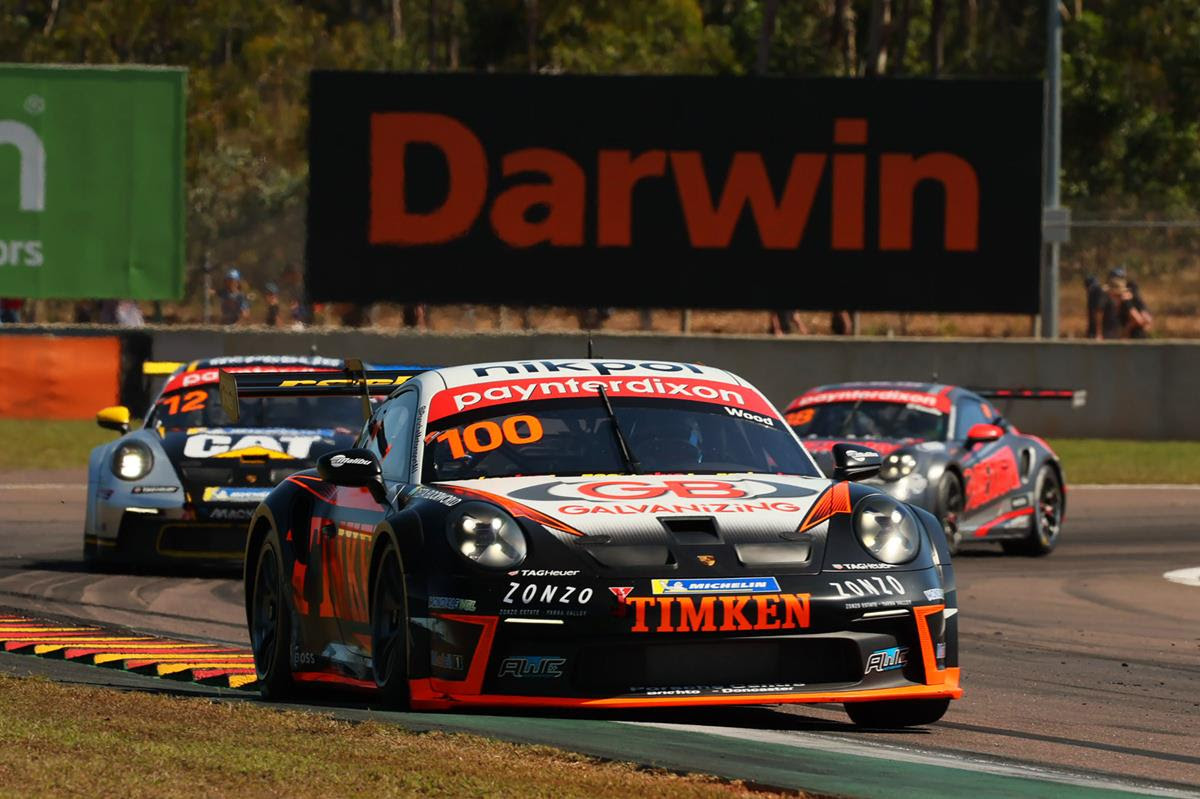 Dale Wood says the increased aerodynamics that come with the new-for-2022 Type 992 Porsche 911 GT3 Cup cars heightened the importance of a fast start at Hidden Valley.

Wood admitted he’s been critical of the new Porsche Paynter Dixon Carrera Cup Australia cars, which are faster but more difficult to follow in close succession.

Nevertheless, the Brad Jones Racing co-driver enjoyed a return to form in Darwin as he clinched his first race wins in three years, and overall round honours.

The starts to all three races proved to be decisive, with Harri Jones beating pole-sitter Wood off the line in Race 1 before the 2019 title runner-up muscled up to take the early ascendancy in both Sunday encounters. There would be no instances of a lead change from there.

Wood is now fourth in the standings, in what has been a positive start to life as an Earl Bamber Motorsport driver.

“That’s mega, that is one of the best weekends I have had in a long time,” he said.

“To get two race wins, the round victory and pole position, it really could have only been that one little bit better. But I haven’t had that much fun in a long time.”

The 39-year-old did note the characteristics of the 992-generation Cup cars made the race to Turn 1 all the more important, knowing overtaking would be difficult thereafter.

“I’ve been a bit critical of these new cars, in a sense that there is a lot more aerodynamics and they are hard to follow,” he continued.

“Here you know the race is arguably going to be decided in turn 1 unless you go and make a mistake later on.

“So we had to get through Turn 1, Harri gave it a good crack so hats off to him for that, but we got in the lead and from there on we put our head down.

“Earl Bamber Motorsport has given me an unbelievable car this weekend and have not had this much fun with a team in a very long time. I absolutely loved it.”

Round 4 takes place at Townsville next month, which will bring the eight-event season to its midway point.