Klimenko opens up on future of Brown, Kostecki at Erebus

Klimenko opens up on future of Brown, Kostecki at Erebus 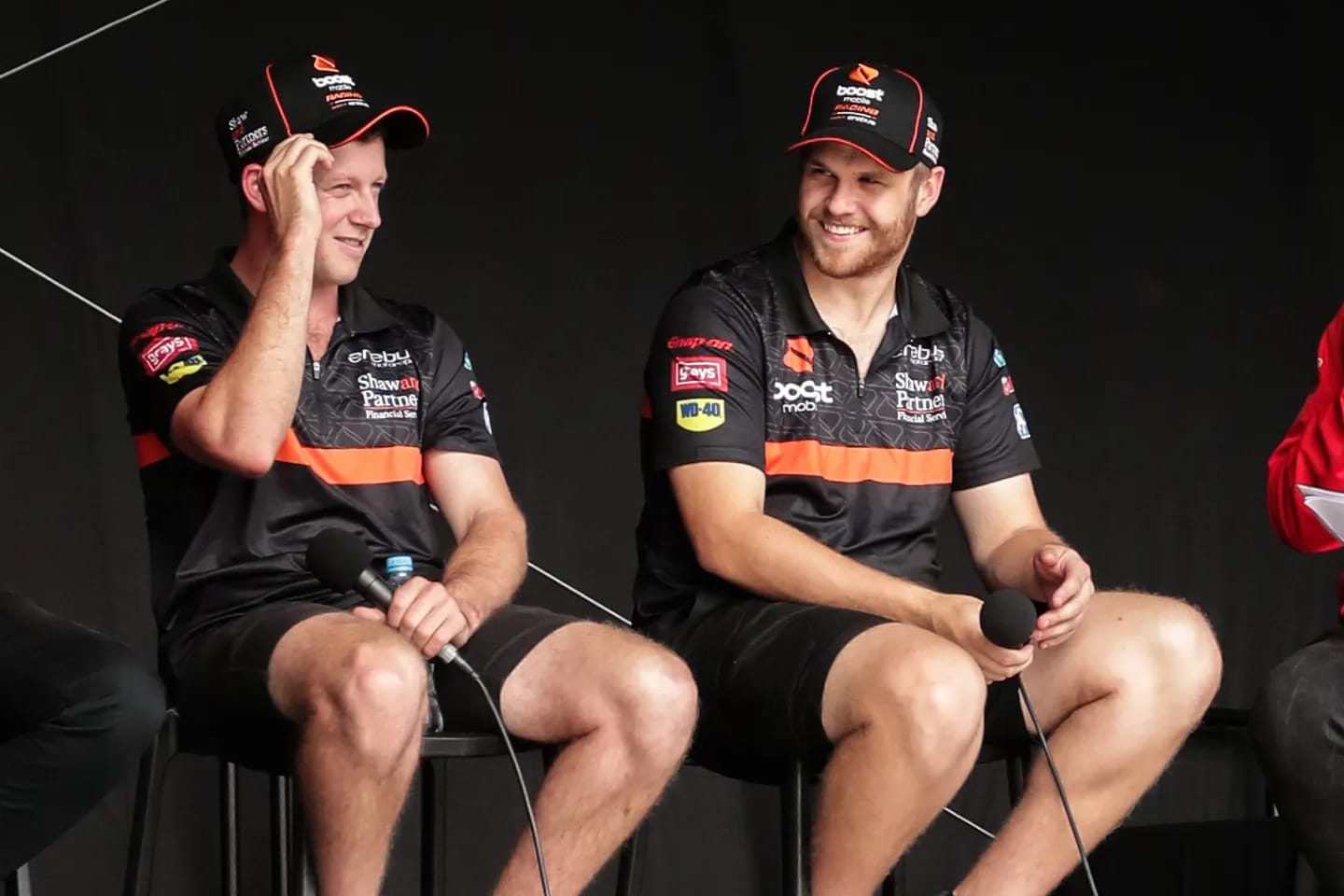 Will Brown (left) with Brodie Kostecki

Erebus Motorsport founder Betty Klimenko says she wants to win the Repco Supercars Championship with Will Brown and Brodie Kostecki, but won’t hold them back if they wish to leave.

Despite wholesale change to the team’s driver/engineer line-up to start the 2021 season, the then-rookie pair brought the team success almost immediately.

Kostecki was a podium finisher at Sandown in only his fifth race as a full-timer, while the four-part Sydney swing brought Brown his first pole position, solo podium, and race win.

Some reports have indicated Brown is a consideration for Dick Johnson Racing next year, although incumbent Will Davison has enjoyed a rich vein of form lately to help his cause.

Erebus Motorsport lost Anton De Pasquale to the Stapylton squad at the end of 2020 in what was an amicable agreement between all parties.

However, Klimenko is keen to hang onto her young stars, targetting the drivers’ championship within three years.

“I told Ryan Story [Dick Johnson Racing CEO], ‘don’t you dare’,” Klimenko told Speedcafe.com when asked of a potential move for either Brown or Kostecki.

“With Anton, it was known, and I knew Anton if he had the chance, would move there.

“I knew Anton needed to go on. He needed to be where he is now, and who wouldn’t want to be in a car or a team that was doing so well? The whole package.

“Hopefully we will build, and it’s easy to build around two young ones than a younger and an older one.”

Although Klimenko is open about the fact either of her drivers could leave at a moment’s notice, she’s hopeful that they are in it for the long haul.

“We will win the championship, but at the moment, we’ve chosen to go with two young drivers instead of one professional and one learning driver,” she explained.

“I tell you what, they are good boys, and they are polite to people.

“Brodie has learnt. I have such admiration for him. He hasn’t had the easiest of lives and I can see as time goes on, he smiles for people now and he knows that he doesn’t have to cut everything off. He was very stern when he first came in, but now he’s loosened up a lot.

“Will is Will. He can go fast, he just has to control it.

“In another three years, I’d like to see them win the championship. There are people they’re beating and sitting up there that have been here for 10 or 15 years; that, in itself, is amazing.”

Klimenko admitted she has been surprised by the team’s surge up the pit lane.

The Dandenong South squad only fell from fourth to fifth between 2020 and 2021, even with an all-new driver line-up.

Now, the team finds itself sixth in the teams’ championship at the midway mark of 2022, but with third firmly within reach.

“This year, it all depends on how we do in the second half of the year,” she said.

“In points, we may end up one garage back or one garage forward, but we’ve found our little niche, who we race against.

“I honestly thought we’d sit somewhere in the middle for a while, then slowly over two years work our way up between five and 10, but everything has just jumped.”

Kostecki leads the teams efforts in the drivers’ championship in eighth while Brown is only 16th.