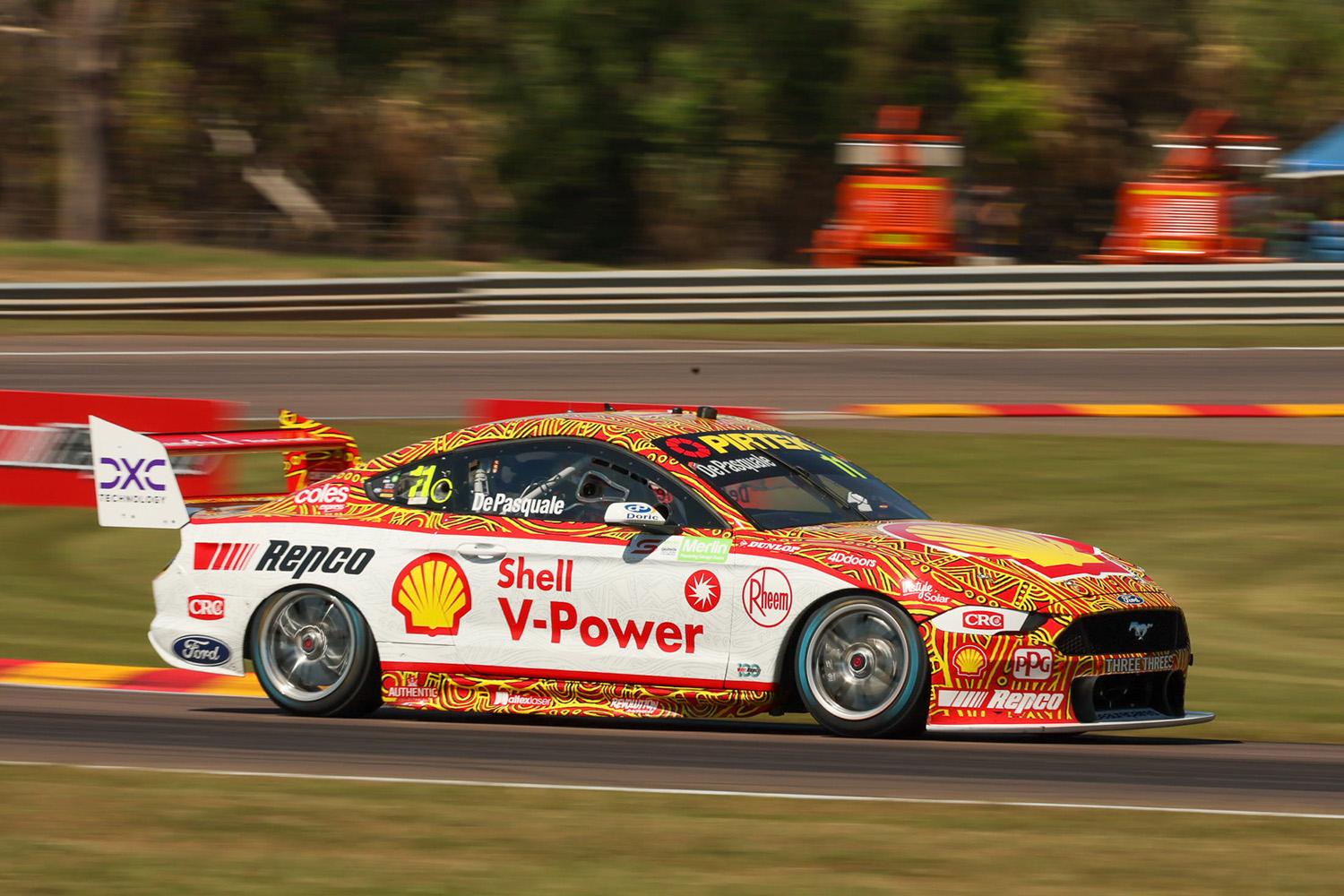 Shell V-Power Racing Team boss Ben Croke says the squad’s standing at the top of the teams’ championship is a big boost heading into the second half of the season.

After a weekend at Winton Motor Raceway where neither Anton De Pasquale nor Will Davison really featured, the Ford Mustang drivers bounced back at Hidden Valley Raceway.

De Pasquale scored the best result for the team, winning Race 16 before finishing fourth and second in Race 17 and Race 18 respectively.

Although twice taking pole position, Davison couldn’t convert and came home with back-to-back second place finishes and fourth in the weekend’s closer after a late-race clash.

Dick Johnson Racing has edged ahead of main title rivals Red Bull Ampol Racing to the tune of 14 points having been 150 points in arrears leading into Darwin.

Although only one of the teams’ two pole positions would be converted into a race win, Croke was buoyed by the weekend’s results.

“It’s no secret, we weren’t the best at Winton, so to come back here in Darwin with a bounce-back weekend like that – I mean, two poles, a win, a one-two, on the podium in every race, Will got fastest lap in that last race, I think it was very, very good weekend for the team,” he said

“Very happy. [Will] wins the start in that last race and I think he probably does get the win. Probably little bits like that, but it’s all there. This time last year, I think I said the same thing, if you keep finishing second, and he keeps doing the good job that he is it’ll just come. It’ll happen.

“They’re both doing a good job. Any day that you’ve got your two drivers qualifying one, two and finishing behind each other in races, and qualifying in strong positions, that’s good for the team.

“Everything drives forward off them two guys. Yeah, they’re trying to win, but the whole thing just drives the team and everything to be better.”

“Shane’s got a good gap at the moment, that’s closed up somewhat,” said Croke.

“But if we keep having weekends like this and making them have to do something different or put them under pressure in the pits, then you never know what’s going to happen.

“You never stop giving yourself a chance until it’s absolutely mathematically out of the question.”

Next, the team will head to the Reid Park Street Circuit for the NTI Townsville 500.

It’s been a happy hunting ground for both, Dick Johnson Racing with four wins since 2017. However, Triple Eight hasn’t gone winless on the streets of Townsville since 2015

“Probably the last time we were there, and the back-to-back weekends was probably one of our better weekends,” said Croke.

“Anton got a pole and I think you know, no Safety Car intervention, Will was probably on for a very decent result if not a win.

“Historically, yes, it’s somewhere really good for [Triple Eight], but I think we were a little better last time we were there.”