De Silvestro to test at Indianapolis

De Silvestro to test at Indianapolis 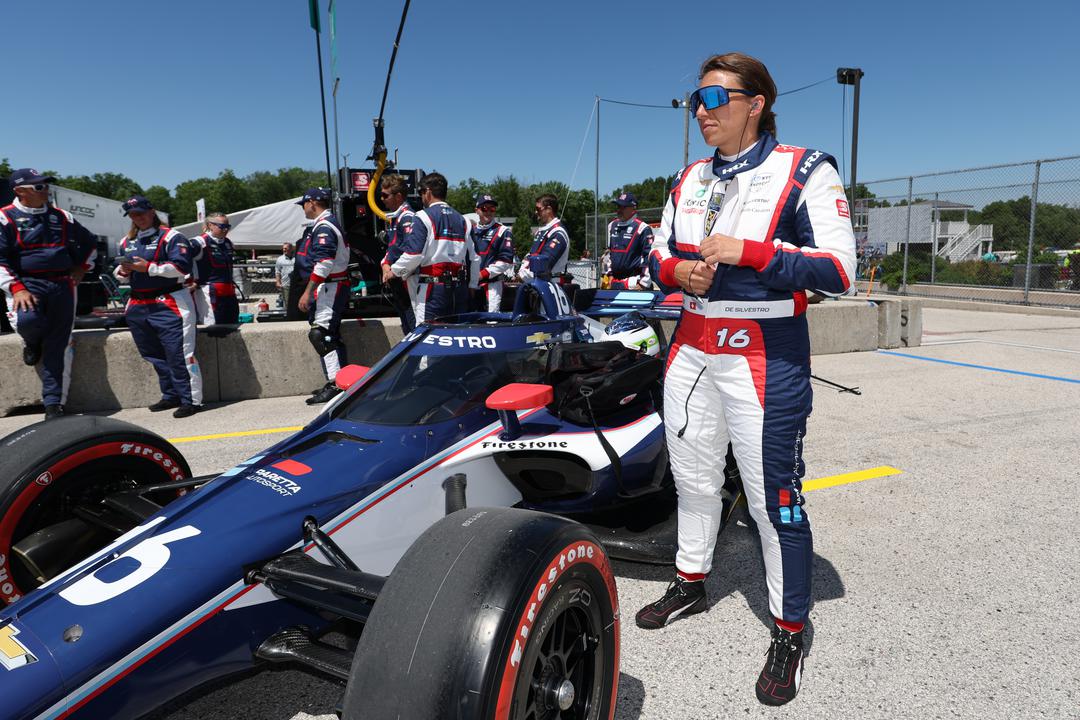 Simona De Silvestro will be among eight drivers to take part in a private IndyCar test on the Indianapolis road course this week.

Paretta Autosport, McLaren SP, Andretti Autosport, and AJ Foyt Racing, will all be in action at the Brickyard this Thursday (local time) as part of a flurry of testing during the mini break in competition.

McLaren SP will field both Pato O’Ward and Felix Rosenqvist, while Andretti will likewise field all of its regulars, namely Devlin DeFrancesco, Romain Grosjean, Colton Herta, and Alexander Rossi.

As for AJ Foyt Racing, just Kyle Kirkwood will be cutting laps at Indianapolis Motor Speedway, where another race takes place on the infield road course on July 30.

However, the Foyt squad has been running its usual complement of three cars in another private test at Iowa Speedway overnight.

In fact, a total of 20 drivers were set to test at the tri-oval overnight, ahead of a double-header there on July 23-24.

Then, on Monday, June 27 (local time) at Sebring, all three RLLR drivers will be in action again, while Benjamin Pedersen, who is currently third in the Indy Lights series, will test for JHR.

Sebring is not on the calendar but is considered a proxy for a street circuit, of which two are still to come this season in the form of Toronto on July 17 and Nashville on August 7.

De Silvestro, however, is also testing at a track which she will not race at, given the rest of Paretta’s three-race programme is comprised of Mid-Ohio and Nashville.

Nevertheless, it will be an especially important outing for the Swiss driver given she did not test at all before her return to IndyCar at the series’ most recent event, at Road America.

She admitted that qualifying was a “terrible” showing due to difficult extracting the most from the tyres, but was left encouraged by creeping up from dead last in the 27-car field to finish 21st in the race.

The next event, which De Silvestro will contest, takes place at Mid-Ohio on July 1-3 (local time), with live and ad-free coverage on Stan Sport.