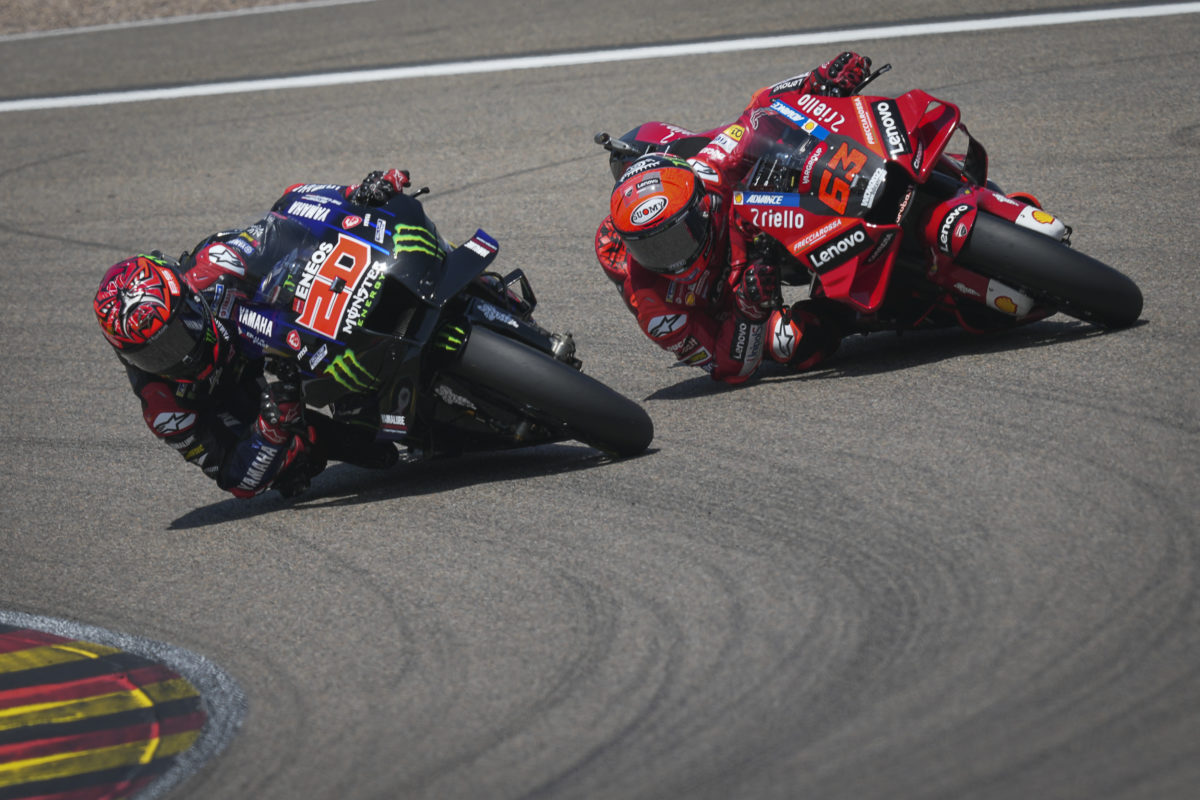 Francesco Bagnaia says his battle with Fabio Quartararo in the German MotoGP demonstrated that the championship leader is a “more complete” rider than he is.

The Italian crashed at the start of Lap 4 as he gave chase to Quartararo, who would convert that early race lead at the Sachsenring into a second straight victory.

However, the #20 Monster Energy Yamaha arguably should not have been at the front of the field, if not for the quality of the Frenchman riding it.

Bagnaia had reset the outright lap record multiple times in practice, eventually hacking 0.430s out of Marc Marquez’s 2019 benchmark, and put his Ducati on pole position.

He then got a good enough start to lead the way down to the first corner but was outbraked by Quartararo and emerged in second spot.

At the start of Lap 2, Bagnaia looked to have reclaimed the ascendancy with a similar pass, only for ‘El Diablo’ to criss-cross him aggressively and pull back ahead on exit.

‘Pecco’ claimed the crash which followed two laps later was “impossible to understand” based on an assessment of his data but, regardless, it was a maximum 25 points for #20 and a zero for #63.

He was left to admit that, “This is one more time that Fabio is demonstrating that he is more complete than me.”

As to why Quartararo is more complete, Bagnaia cited, “Finishing races; because he’s always on top.

“He never does a mistake. For sure, maybe his bike helps him to have fewer mistakes, I don’t know.

“I have four zeroes this year. This weekend I was competitive, I was faster than him, but he won and I crashed.”

It is not the first time this year that Quartararo’s boldness at the first corner has enabled him to take an unlikely win.

In fact, in that regard, the German Grand Prix was a repeat of the previous round of the season at Catalunya, when he put an early move on Aleix Espargaro and would not be headed again.

Depending on the circuit, such passes are sometimes an imperative because of the Yamaha’s straight line deficit, and the Iwata marque’s main man was not going to let Bagnaia get away at the Sachsenring. 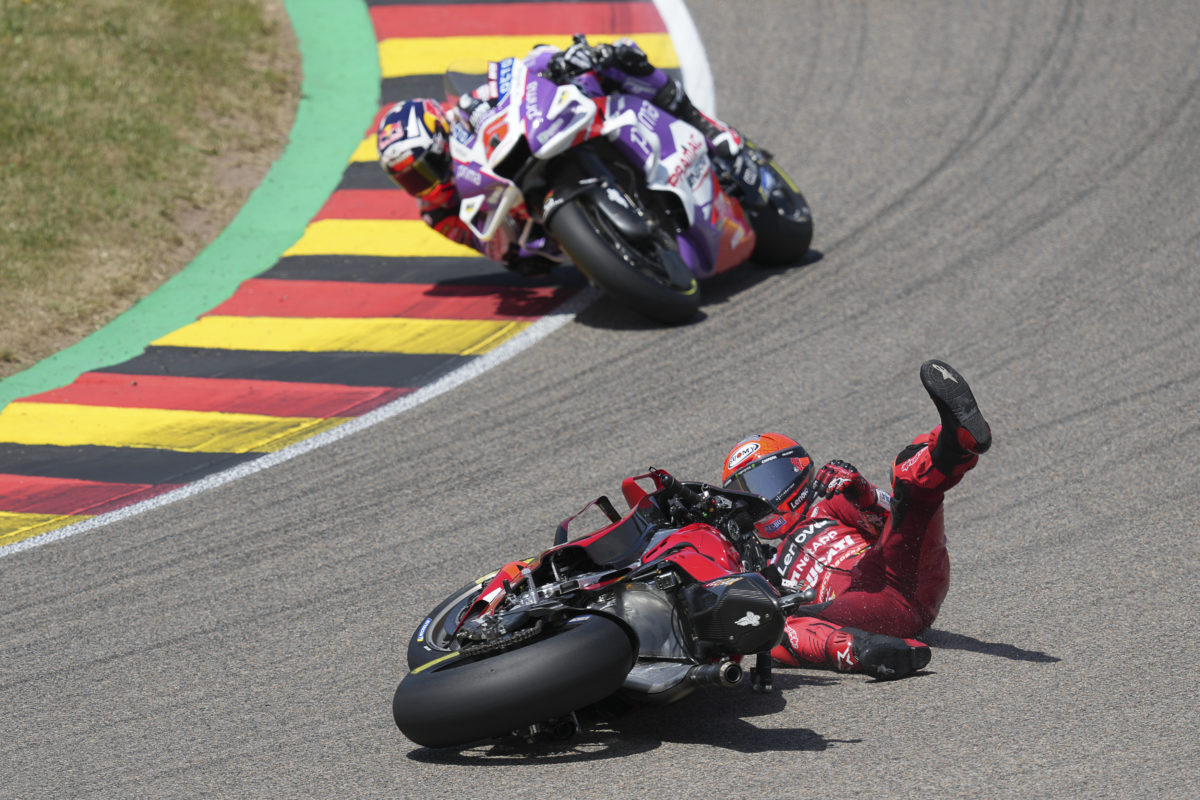 “We need to be in first position always, because if not, it’s difficult,” declared Quartararo.

“[We need to be] At least in front, or the most in front as possible, because to overtake the other bikes, I’m struggling much more, and I know that in the start, it’s always a bit more easy, because I was with Pecco, really close.

“Then when he overtook me at the first corner, even if he didn’t go so wide, I directly go on the inside.

“In these moments, you need to take the benefit of it, and we did it.”

The 2021 world champion has accumulated 70 points out of a possible 75 in the last three races, despite both Mugello and Catalunya being tracks which are not suited to the YZR-M1 due to their long straights.

In trying to explain why Quartararo was so bold at the start of the German Grand Prix, Bagnaia delivered high praise.

“He’s a world champion, so he’s one of the greatest riders ever, so for sure he wants to win,” reasoned the 2018 Moto2 champion.

“Like [Marc] Marquez was trying to win every race, like Valentino [Rossi], Casey [Stoner], everyone… So, the greatest riders try to do that.”

Bagnaia, regarded by many as the pre-season title favourite, is now sixth in the championship at 91 points off top spot with 10 rounds to go.

It means that if Quartararo finishes third in every one of those races, the Italian would, at best, fall a point short at the end.