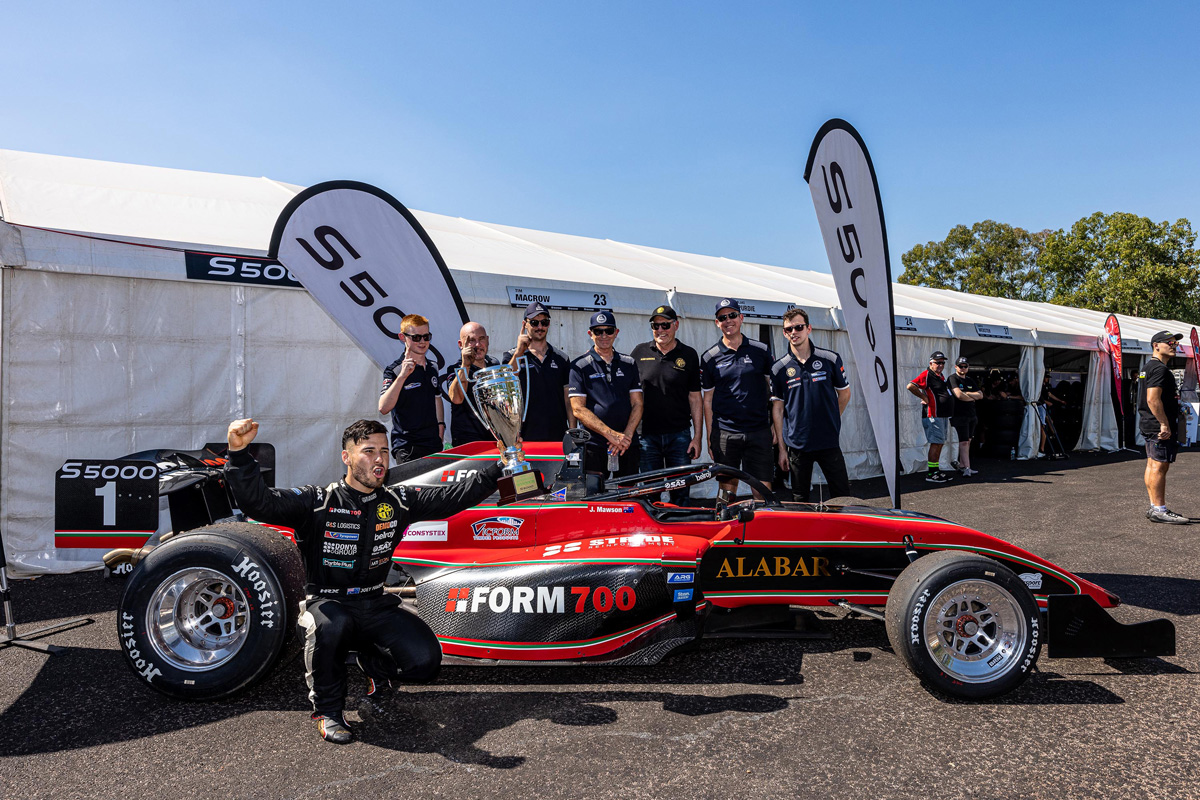 That’s the view of the man himself, after he became the ninth driver in history to win the Gold Star in consecutive years.

That feat came only after a slow start to the year, Mawson having left the Symmons Plains season-opener fifth in the standings.

But the key moment came when an increased 16-car grid lined up for Round 3 at Albert Park in April, making for more potential to gain or lose points compared to his title rivals.

He stepped up to the plate to take pole position and win two of the three races, and would never look back en route to sealing the deal yesterday in Darwin.

“I remember going into the Grand Prix weekend, Mark Rundle my team boss told me, this weekend is going to make or break the championship,” the Team BRM driver reflected.

“With all the extra cars we were either going to win a lot of points or lose them. We had to make sure we were on it.

“That was my best weekend to date in the S5000 championship and it really paid off there.”

Mawson, who had family and friends in tow at Hidden Valley, admitted the achievement had not quite sunk in, but hopes it can eventually lead to bigger and better things.

“My end goal is to end in Supercars and I hope these two championships put me forward towards that goal. I’m taking it all in and going to enjoy it and then focus on what the future holds.

“To make history together with Team BRM is fantastic. I have to thank those boys, particularly in Tasmania when they kept me in the championship hunt by getting me on the grid in the main race.

“I have to thank my supporters, ALABAR, Form 700, the Podium group who have gave me a career to get to this point, my mum and dad and my partners.”

S5000 now has an extended break before firing back into action for the Tasman Series which is due to take in the Gold Coast and Bathurst, plus potentially Adelaide, later this year.