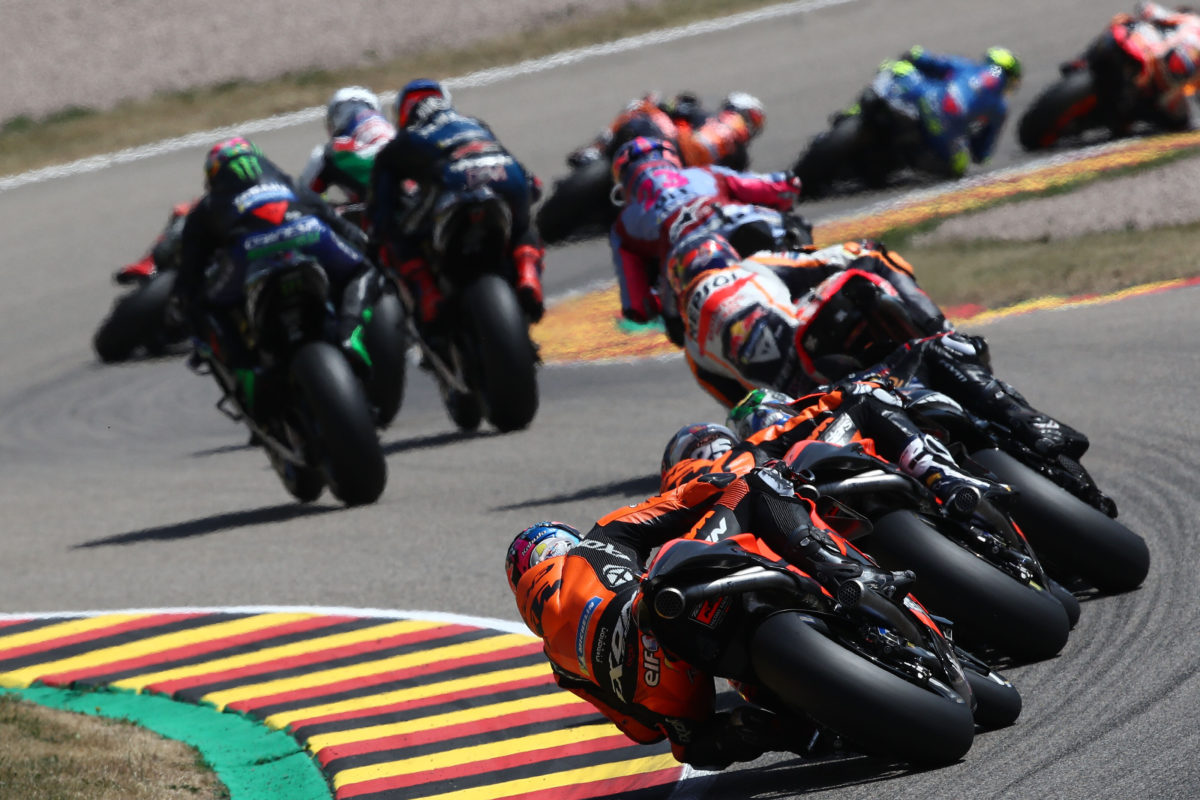 Remy Gardner follows the pack at the Sachsenring

Remy Gardner has been left disappointed after scoring just one point in a German MotoGP race which he admitted he started poorly.

The Tech3 KTM rider qualified 21st and was at the very back of the 23-strong field at the end of the standing lap, before climbing as high as 14th.

In the end, he finished 15th, three positions and 4.3s back from team-mate Raul Fernandez, after 30 laps around the Sachsenring.

“I am a bit disappointed with today’s race,” said Gardner.

“We took a bad start and I found myself last at the end of the first lap so I had to battle it out to catch up, which means that I used my rear tyre faster than planned.

“It was so hot today so it was tough physically as well.

“I think that I held on pretty well anyway, I was just unable to go fast.

“We will analyse what happened and not make the same mistakes in the future.”

Tech3 KTM team manager Herve Poncharal said of the Sydney-born rider, “Remy did a great race and pushed a lot as always.

“He is a great element to the KTM family as he continues to provide us with valuable feedback on the bike, which is very important.

“He had a similar race than his team-mate although he was not able to make the last move within the last laps.” 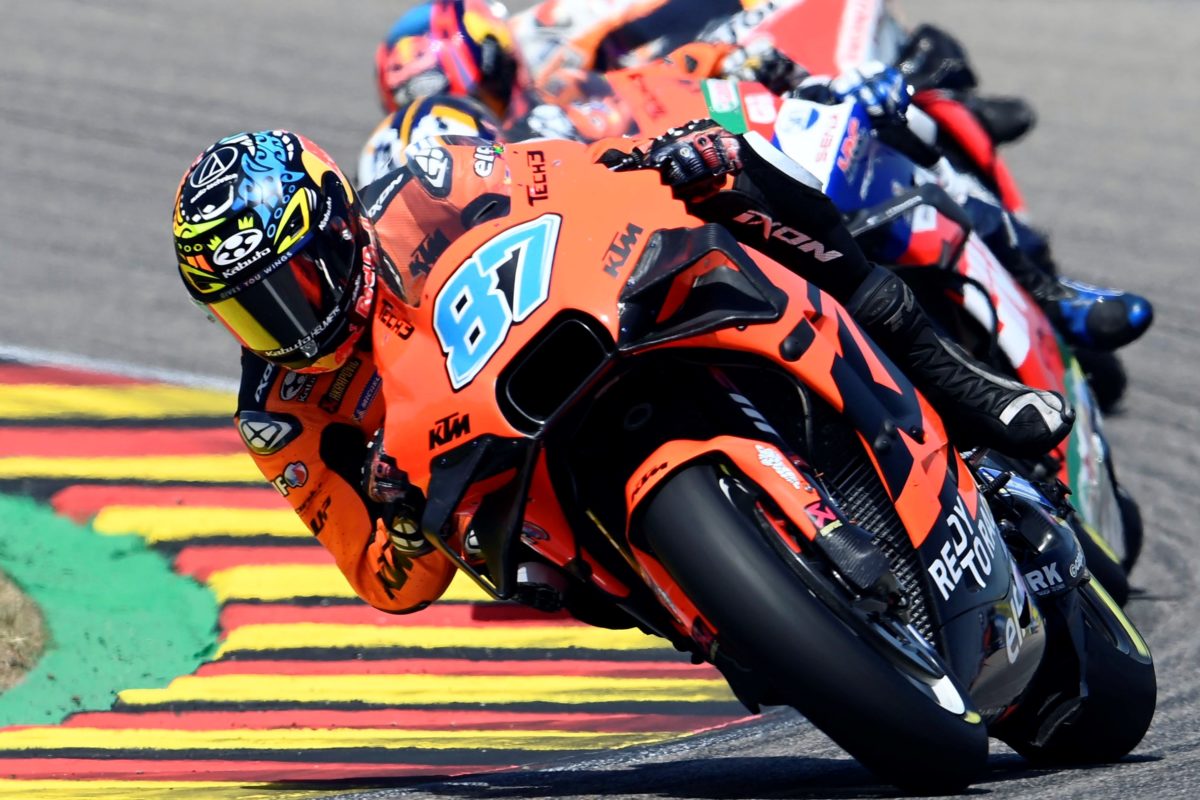 After claiming 11th a fortnight earlier, the result in fact represented Gardner’s first consecutive points finishes in the premier class.

The same could be said for Fernandez, who was scoreless until he finished 15th in Catalunya.

The Spaniard had an eventful race at the Sachsenring, reporting smoke from his motorcycle before he gained a net 10 positions from where he started to finish 12th.

“It is the first time of the season that I have really enjoyed racing on the bike,” said Fernandez.

“This morning, I felt good during the warm up and was really consistent.

“Before the start of the race, we saw some smoke on my bike so I was a bit worried, but it did not turn out to be an issue.

“The race start was crazy but after a few laps I felt more comfortable and had a good race pace.

“I found it difficult to turn right and manage the front tyre so I lost a lot of time at the beginning.

“Otherwise, I had a similar pace to [Red Bull KTM riders] Miguel Oliveira and Brad Binder, which I am really happy with.

“The temperature was very challenging today, but I felt good physically.

“I look forward to heading to Assen next week, and I think that the changes made on the bike will work.”

In the championship, it is still Gardner 23rd and Fernandez 24th, out of 24 full-time riders, but now on nine and five points, respectively.