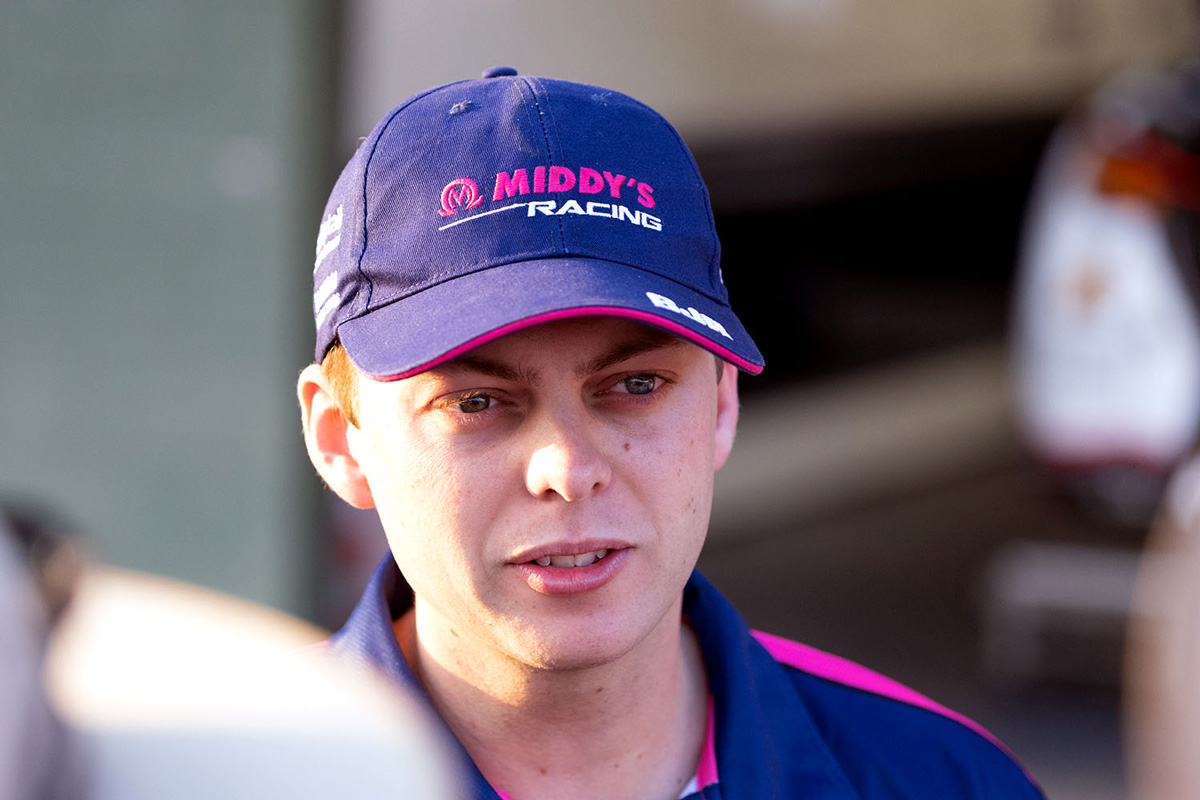 Bryce Fullwood has taken hope out of the Darwin Triple Crown despite again failing to crack the top 10 at his home race.

Fullwood has still never finished better than 11th in 12 Supercars Championship starts at Hidden Valley Raceway, but he did enjoy a weekend upturn in form aboard the #14 Middy’s-backed entry.

The Brad Jones Racing driver twice qualified in the front half of the field – something he hadn’t managed even once at the previous four events – including taking eighth in the Saturday Top 10 Shootout.

Any hopes of a headline result there were dashed when he spun David Reynolds, earning a 15-second time penalty.

That left Fullwood to come home 18th; he then recorded 15th and 14th in the two Sunday races.

Nevertheless, he felt positive about his form on a weekend where BJR moved up to seventh in the teams’ championship as team-mate Andre Heimgartner extended his streak of top 10 finishes to nine races.

“Up and down all over the place to be honest, but we actually had pretty good speed for a fair bit of the weekend, just didn’t have a bit of luck go our way,” Fullwood reported on Supercars Trackside.

“Made a mistake and got into the back of Davey and that was my fault, went up and saw him and he was all cool with that luckily, but that was a bit of a bugger because we had speed in that race to be well inside the 10.

“So a mistake on my part there so definitely a strike against my name, but the rest of the races we didn’t quite get it as hooked up for quali but the speed is in the car.

“I think it’s all clicked a little bit for us this weekend.

“I feel like this weekend to be honest, between Phil [Keed, engineer] and I, we have made the smallest changes we have made all year by a long shot and found bigger gains.”

Townsville, which plays host to Round 7 of the season on July 8-10, is another traditionally strong circuit for BJR.

Heimgartner is ninth in the championship, ahead of stablemates Macauley Jones (17th), Fullwood (20th), and Jack Smith (25th).