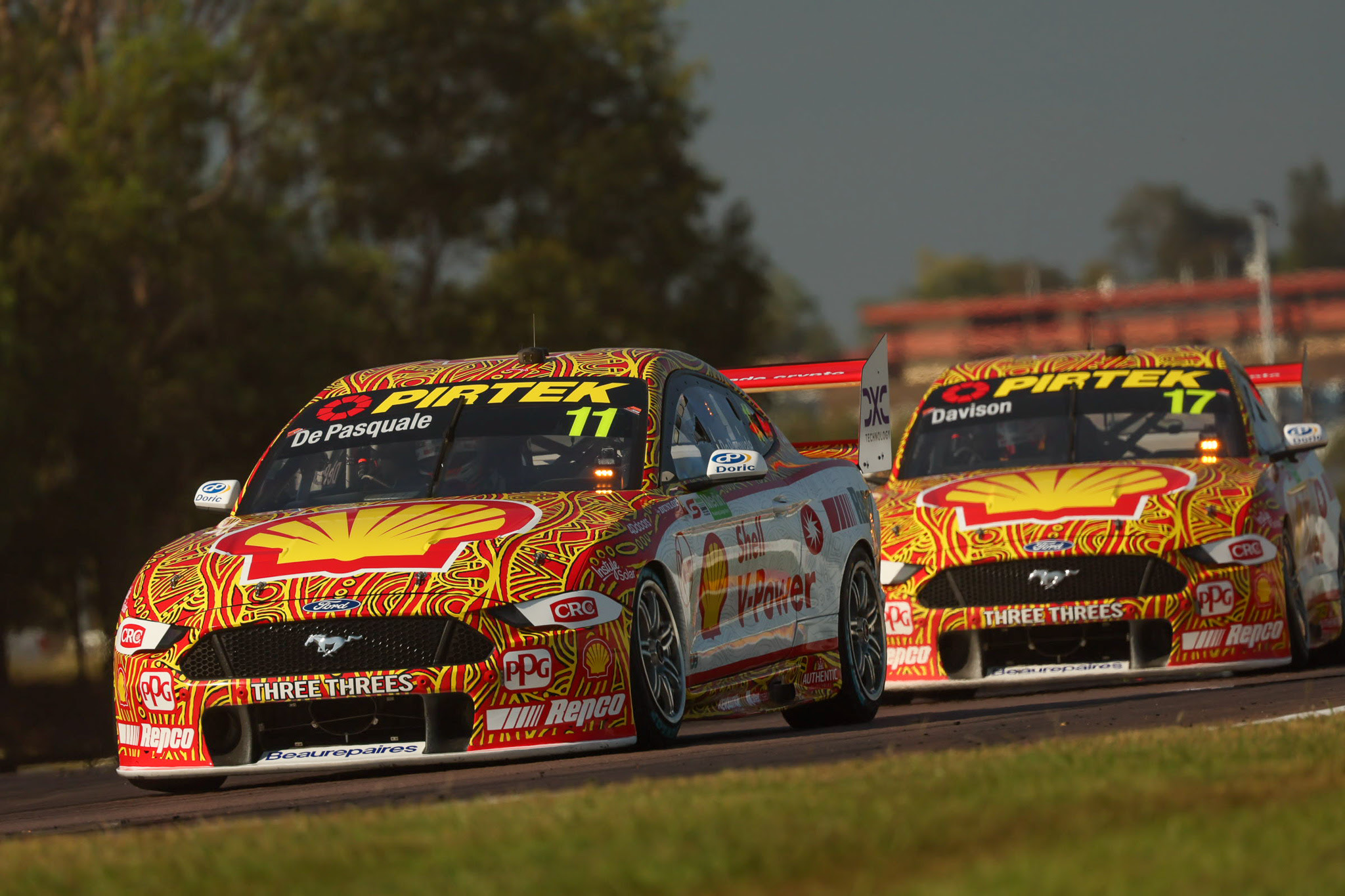 At the Merlin Darwin Triple Crown, the baseline pressure was lifted from the typical 17psi seen at most events to 20psi.

The change drew the ire of drivers over the course of the three-day event at Hidden Valley Raceway.

At the conclusion of proceedings, Croke labelled the change a failure.

There were two examples of note. The first saw van Gisbergen recover to third in Race 16 but was unable to pass Will Davison once he got within striking distance.

The second came in Race 18 when De Pasquale failed to pass eventual winner Chaz Mostert, despite having tyres some 10 laps fresher.

Grove Racing’s David Reynolds was another who was unable to maximise his fresh rubber, rising only to fifth despite having four fresh tyres fitted late in Race 17.

“I think they were trying to make the racing more exciting, but I think it wasn’t the right way to go,” Croke told Speedcafe.com.

“In a way, it’s made the racing worse. There were people on four tyres, people on three tyres, that couldn’t pass guys with really old two tyres.

“Maybe that needs to be reviewed and something looked at there with such a drastic change to the regulations, especially with the timing of it before a race like this.

“You can hold them off for five or six corners and it’s done. It negates any advantage, to a degree.

“I think it was evidenced in all three races. Shane drove up to the back of Will with three fresh tyres and couldn’t do anything on Saturday. That’s something for them to look at maybe.”

The last two seasons have seen Supercars fiddle with its Dunlop tyres.

The category-controlled supplier has so far created two versions of its super soft compound tyre in a bid to create exciting racing courtesy of high degradation and fall-off.

The most recent revision was designed to suffer even more degradation than its predecessor.

Heightened tyre pressures combined with the most recent revision, hoped to increase that wear rate, which Dunlop and Supercars were initially unhappy with.

While few could be drawn for comment, there was a sentiment up and down pit lane that the rule had not achieved the desired outcome.

“The drivers and the teams are doing such a great job now that trying to make tyre deg an exciting part of racing in a fake way is probably showing that the teams and drivers just go around it and everyone does the same thing,” Croke explained.

“We just end up with more following. The minute you get too close to the car in front of you, everything just overheats and just goes up and the guy behind can’t pass. He’s got one lap maybe to get it done and that’s it, then you’re just sitting behind someone on really old tyres.

“It hasn’t achieved [tyre degradation], if anything, it’s made it harder for the drivers to follow.”

Supercars will use the super soft and hard compound tyre at the NTI Townsville 500 next month.