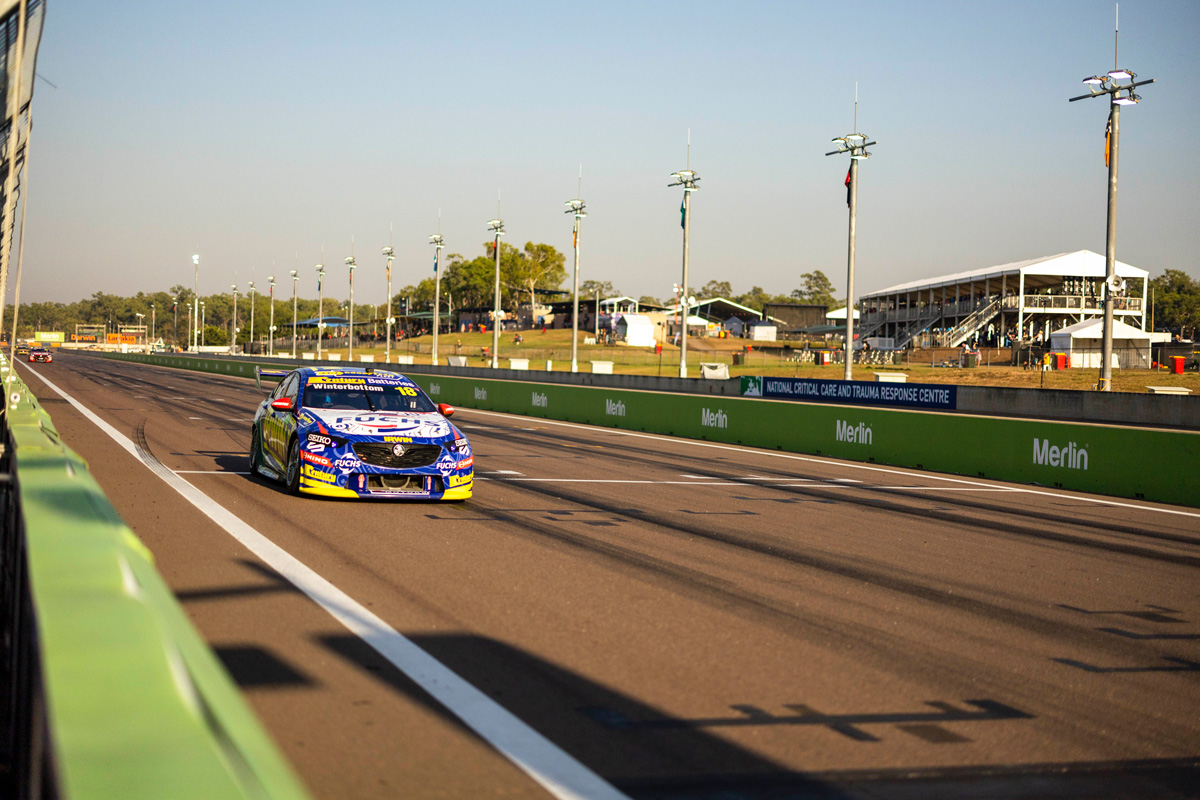 There was yet another big crash to recover from for Team 18 but it wasn’t all bad, as veteran Mark Winterbottom got his season back on track.

The team’s biggest moment of the weekend was Scott Pye being wiped out in the opening lap kerfuffle that drew the red flag in Race 17, leaving him to miss the event finale – just as had been the case at Perth last month.

The repair job on this occasion won’t be quite so extensive, but a points-less Sunday has left Pye to fall to 19th in the championship.

However, it was a welcome smooth run for Winterbottom, whose trio of results lifted him to 11th in the overall picture.

“Three top 10 results is not too bad of a weekend: fifth, seventh and ninth,” said ‘Frosty’.

“The car had pace, and we moved back up in the points with a trouble-free run.

“It was so hard to pass, the heat really stops the cars from producing the ability to make passes. We got caught out in the strategy just a bit at the end [of Race 18] too, I got stuck behind [Will] Brown.”

While it wasn’t quite the eye-catching performance of Team 18’s previous visits to Darwin, Winterbottom can see cause for optimism.

“We have come a long way, the harmony and the workmanship in the team has been amazing and we’re keeping them busy as drivers,” he said.

“They did an amazing job and I think we have got good things to come.”

Winterbottom is off-contract at season’s end, with plenty of eyes on whether the 2015 champion will remain in the #18 Irwin Racing entry.