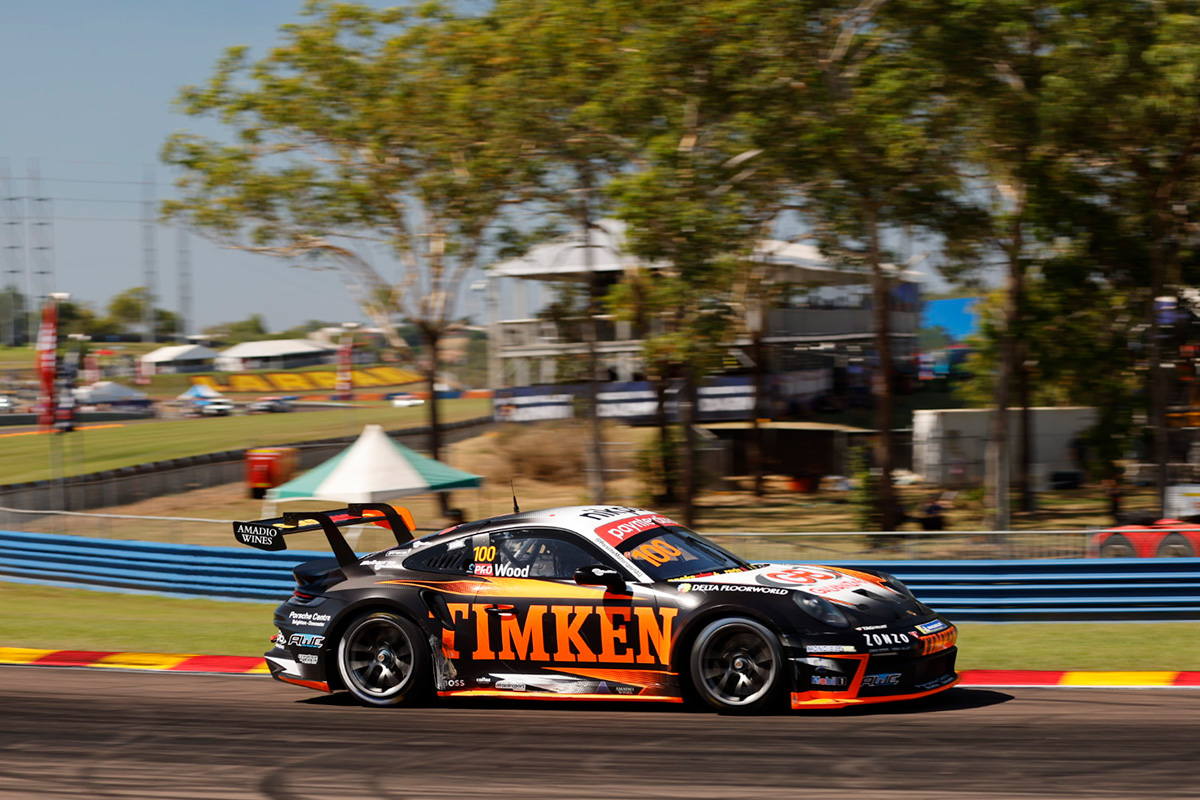 Dale Wood fended off a challenge from Harri Jones on the opening lap to take victory in the final Paynter Dixon Carrera Cup Australia race of the weekend at Hidden Valley Raceway.

Once again it was a drag race between front-row starters Wood and Jones to the first corner.

McElrea Racing’s Jones was on the outside and unsuccessfully attempted a switch-back, before slotting into second behind Wood.

On Lap 5, Angelo Mouzouris locked his brakes into Turn 5 and ended up facing backwards off the road.

Mouzouris got back underway but had lost 12 positions.

Jackson Walls dropped off the road and then came under fire from Luke Youlden at half distance.

Youlden was able to capture sixth down the inside at Turn 1.

At the head of the field, Jones stayed within a second of the race leader but did not have the extra pace to draw Wood back in.

Earl Bamber Motorsport’s Wood captured his second win of the weekend at the flag, 0.7s ahead of points leader Jones to also secure the round victory.

Talbot claimed Morris Pro-Am honours in 17th outright but is subject to a post-race investigation for the early contact with Shahin.

The next round for Carrera Cup Australia takes place in Townsville from July 8-10.