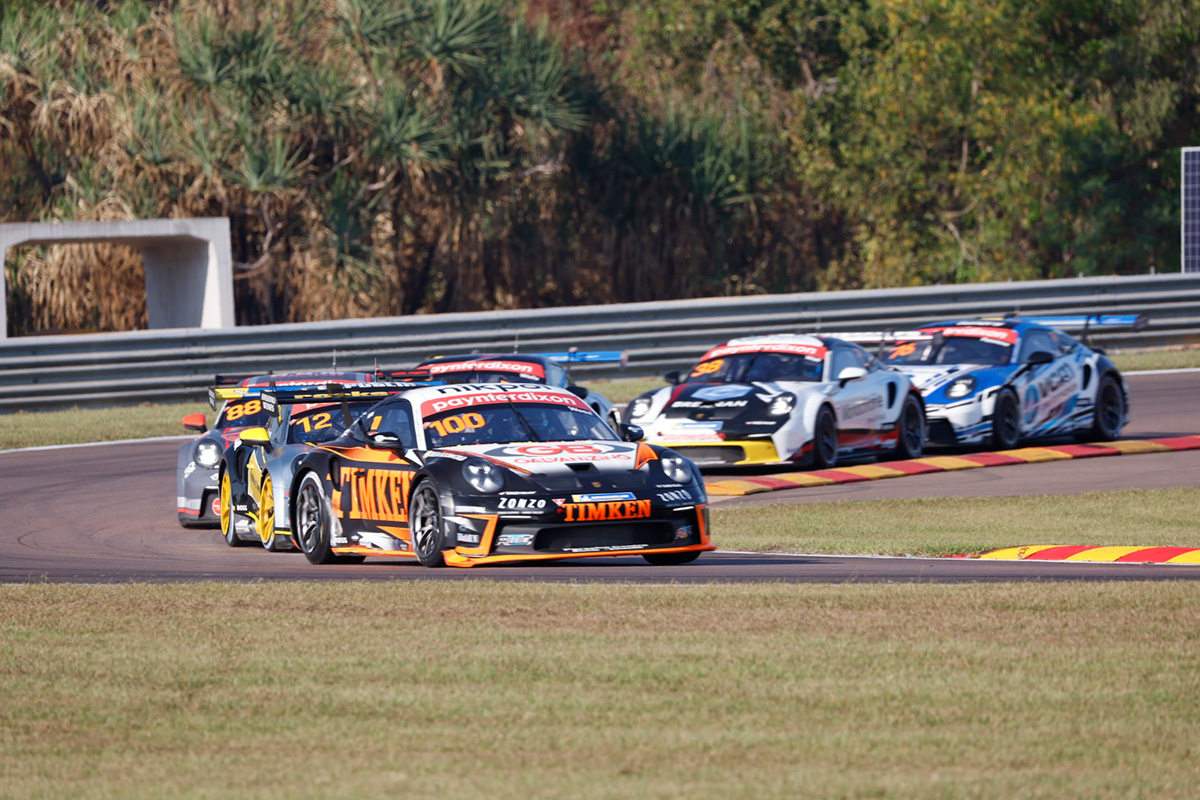 Pole-sitter Harri Jones and Wood ran side-by-side on the run down to the first corner but touched in the braking zone.

Both drivers kept it on the road as Wood snatched the lead by switching back onto the inside line of the opening left-hander.

That move would prove decisive, with no more lead changes for the remainder of the race.

There was an early Safety Car when Bayley Hall speared out of the mid-pack and into the barrier on driver’s left approaching Turn 5.

Morris Pro-Am runners Geoff Emery and Adrian Flack were also involved in an opening lap scuffle with Emery spinning across the front of Flack at Turn 1.

More drama unfolded in the Pro-Am class on Lap 9 when Flack turned Matthew Belford around at Turn 6.

By the chequered flag, which came time certain before the completion of the scheduled 18 laps, Wood had pulled out a two-second lead.

He claimed victory ahead of Race 1 winner Jones in second and O’Keeffe third.

Walls held off Wall to cross the line fourth and fifth respectively.

Sam Shahin took honours in the Morris Pro-Am class, with one more race remaining for the weekend at 13:10 local time (13:40 AEST).