Winterbottom laughs off ‘clumsy’ qualifying off

Winterbottom laughs off ‘clumsy’ qualifying off 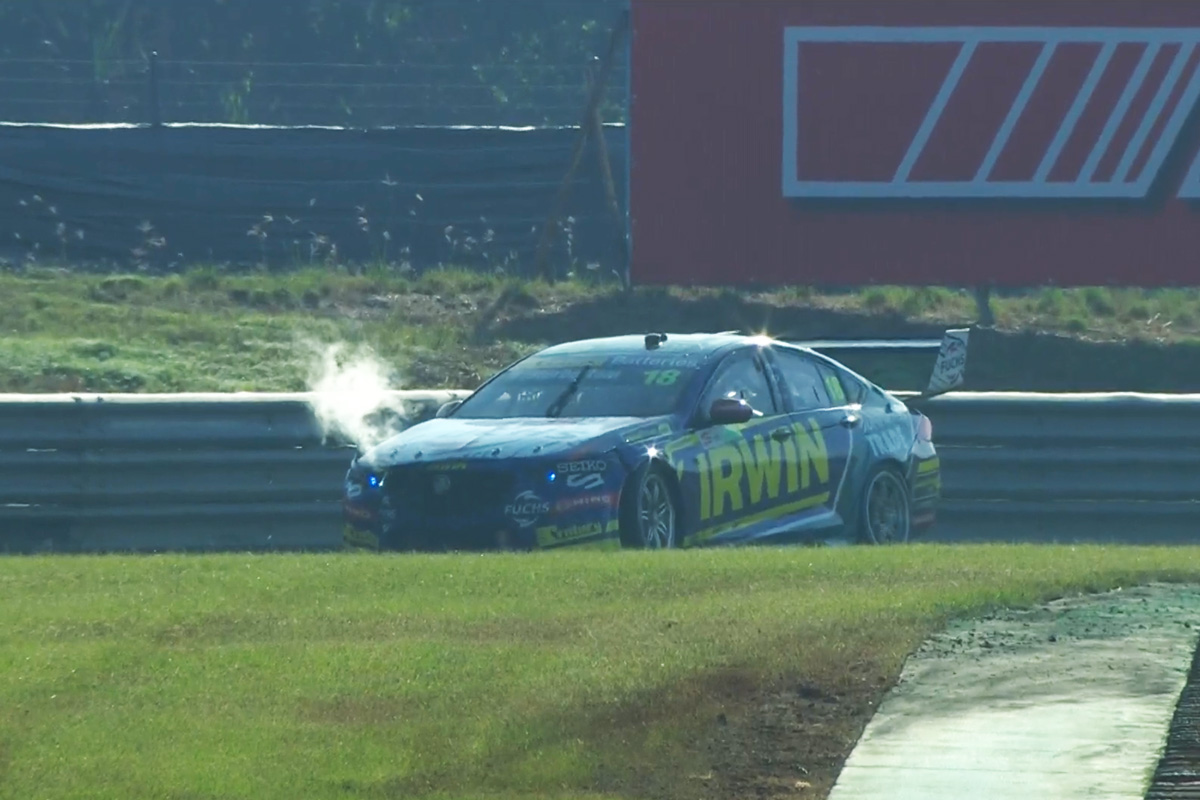 Mark Winterbottom couldn’t help but laugh after a clumsy off in Qualifying for Race 18 at the Merlin Darwin Triple Crown.

The Irwin Racing driver suffered with braking lock-ups and duly lost control of the #18 Holden ZB Commodore at Turn 1.

As Zak Best found out earlier in the morning, high overnight humidity left the outfield damp and dewy.

Winterbottom was a victim of the slippery grass, sliding off and nose-diving the wall.

“I’ve got front locking today so first lap was my time and then the second lap I thought I would just try to go stay on the brake and try and get away with it and I didn’t, it locked the left-front,” Winterbottom explained.

“But overnight it looks like they have hosed all of that grass, obviously to stop grassfires here, and it’s like an ice rink.

“It’s probably the clumsiest nudge I’ve had, it’s so bad. And then it stalled because I was locked and then I had no power steering.

“It just went in. I don’t know, that was pretty average whatever happened there, and I couldn’t get out. I’ve had some big crashes but I’ve had nothing ever stupider than that, so that was weird.”

Despite sitting in the grass, the session remained green. Had the red flag flown, Winterbottom would have lost his best lap time.

The 2015 Supercars champion said he was praying for no red flag but also no eyes on his attempt to get his car moving again.

The broadcast featured a comical sequence of cuts back to Winterbottom as he sought to get going again, steam pouring out of the bonnet.

“No red flag, but please no cameras because that looked so amateurish, but yeah, you can’t turn,” he chuckled.

“I can’t believe it. It’s like driving on ice without the ice tyres. How clumsy, but anyway, fix it and go again. It’s not good for the resume, that one.”