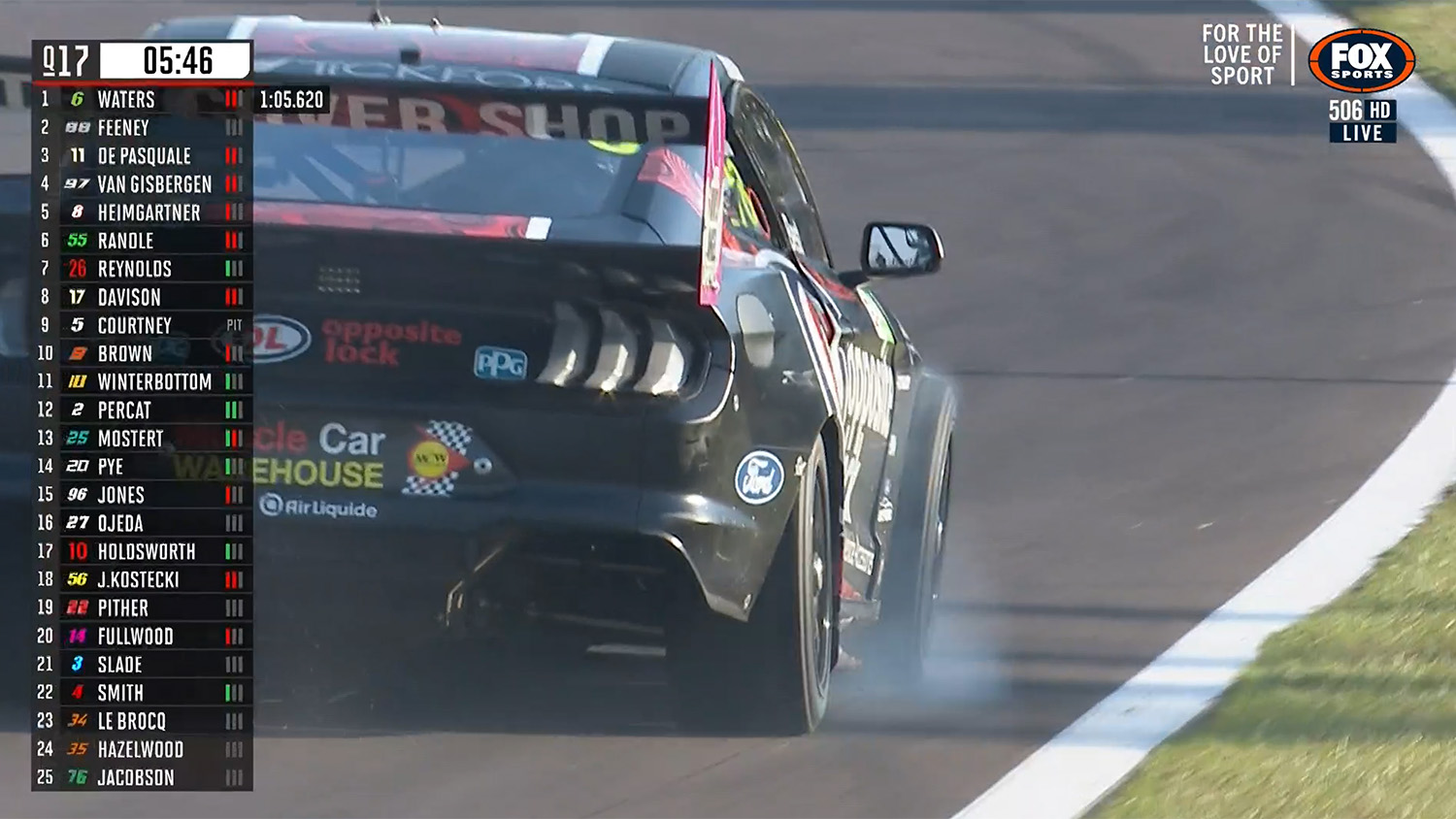 The Opposite Lock-backed driver crashed in Qualifying for Race 17, slapping the right side of his Ford Mustang against the Turn 1 wall.

The right front corner suffered session-ending damage, subsequently ruling him out of Qualifying for Race 18 that followed.

“Yeah, just went into Turn 1 and struggled to pull the car up and I got to the grass,” said Best.

“The grass was all wet and dewy and the car just wouldn’t pull up, so we went into the fence sideways with a little bit of opposite lock.

“Not ideal for qualifying, so hopefully we’ll get back out there for the race. “

Asked how bad the damage was, Best replied, “It’s hard to say at the moment, but hopefully we’re out there and have another go.”

Jake Kostecki was 15th and ninth fastest in the respective sessions. Team-mate Thomas Randle will start 14th for both races while James Courtney will start 20th and 19th.