Verstappen on pole from Alonso in Canadian GP Qualifying

Verstappen on pole from Alonso in Canadian GP Qualifying 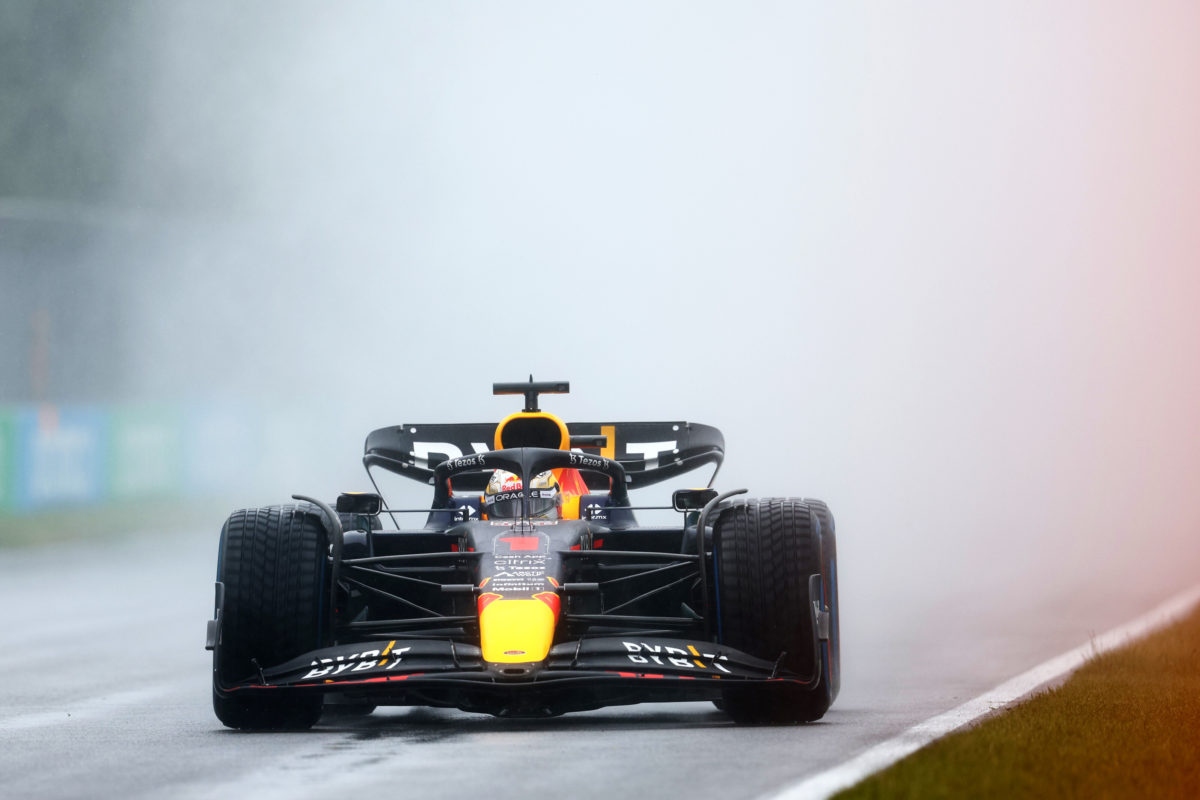 Max Verstappen and Fernando Alonso will share the front row for the Formula 1 Canadian Grand Prix.

Verstappen dominated qualifying to take his second pole position of the season, while Alonso carried on his strong form to finished second best.

Carlos Sainz will start third, the Spaniard arguably missing the front row after sliding his Ferrari out of the last chicane.

Daniel Ricciardo will start ninth while the Haas pairing of Kevin Magnussen and Mick Schumacher will lock out the third row.

Wet weather tyres were the early choice as all 20 cars heading out immediately as the green light shone at the end of pit lane.

It was a strategic decision from teams as they looked to get a time on the board in case yellow flags, or even reds, interrupted the session.

Practice had shown a couple of laps were needed to generate tyre temperatures before the pace began to improve, with the crossover point somewhere around 1:35.5.

Finding space on track was not especially difficult, but space free of spray from the car ahead of was rather more challenging.

George Russell was the initial pace setter with a 1:36.688s, only for Verstappen to improve on his second timed lap to lower the marker to 1:35.830s.

Times tumbled quickly, with Carlos Sainz, Russell, and even Kevin Magnussen all having a spell on provisional pole.

With six minutes remaining, Sainz was fastest again while none braved a switch to intermediate tyres, the standing water in places still too deep.

Inside the final three minutes, all but Yuki Tsunoda were out on track, the Scuderia AlphaTauri set to start at the rear anyway for a power unit change.

Conditions had improved since the start of the session, a dryer line appearing to suggest it was almost ready for the intermediate tyres.

There wasn’t time though, and instead all 19 runners remained on the full wet tyres.

The chequered flag dropped as Pierre Gasly crossed the line, the Frenchman the first man eliminated from qualifying.

Joining him in an early exit were Sebastian Vettel, Lance Stroll, Nicholas Latifi, and Tsunoda.

It was a disappointing session for Aston Martin given the performance the team had enjoyed in Free Practice 3 in similar conditions earlier in the day.

Qualifying 2 began with a queue at pit exit, a handful opting for the intermediate tyres from the off.

Hamilton, who suggested his full wets were the wrong tyres, recorded the early pace with a 1:33.060s.

On the inters, Alex Albon skated long at Turn 6, nosing squarely into the Tecpro barrier.

Moments later, Sergio Perez left the road at Turn 3, the Red Bull driver locking up and skating straight into the Tecpro walls.

It triggered a red flag as he worked to find the reverse gear though he wasn’t able to extract himself.

Forced to switch the car off and climb free, he became a scratching from the session as a concequence.

The session resumed with nine minutes to run, everyone heading out in the inters.

With the rain having stopped, the racing line in points had become dry, though damp patches remained in key areas meaning the track wasn’t yet ready for slicks.

The final minutes of the session saw the order constantly change amid ever improving conditions, and increasingly confident drivers.

The key was being out on track, something Norris had little opportunity to do as McLaren worked to solve a power unit issue in the garage, getting out with time for just two flying laps.

Inside the final minute, Mick Schumacher rose to third just as Norris headed back to the pits, his session over.

Alonso looked to have stolen provisional pole away from Verstappen, only for the Red Bull to snatch it back as the chequered flag fell.

Missing the cut into Qualifying 3 were Valtteri Bottas, Albon, Perez, Norris, and Leclerc.

Intermediates were again the preferred rubber as Qualifying 3 began, all 10 rubbers immediately heading out.

Hamilton kicked off proceedings with a 1:24.360s, though it didn’t last long.

First, Russell went quicker, then Verstappen came by with a sledgehammer lap, 1.7s faster than the man he beat to last year’s world championship.

Sainz was second best with a 1:22.932s with his first flying lap, with Alonso third.

Midway through the session, as the field bolted on another set of tyres for a final push, Russell elected for the soft compound tyres.

While much of the track was dry, there remained dampness at the final hairpin and into the opening complex, making it a brave decision by the Brit.

It proved a step too far and he soon left the road at Turn 2, spinning and tagging the Tecpro barriers with the rear end of the car.

He remained on track but was unable to compete with those in inters, which ultimately proved to be the tyre of choice.

Qualifying therefore ended with Verstappen on provisional pole, a 1:21.299s, though Sainz behind him was on a fast lap.

It wasn’t enough, the Spaniard slotting in second, pushing Hamilton to third.

Alonso then completed his final flying lap to snatch second on the grid alongside Verstappen with a 1:21.944s.

The balance of the top 10 was Magnussen, Schumacher, Esteban Ocon, Russell, Ricciardo, and Guanyu Zhou.