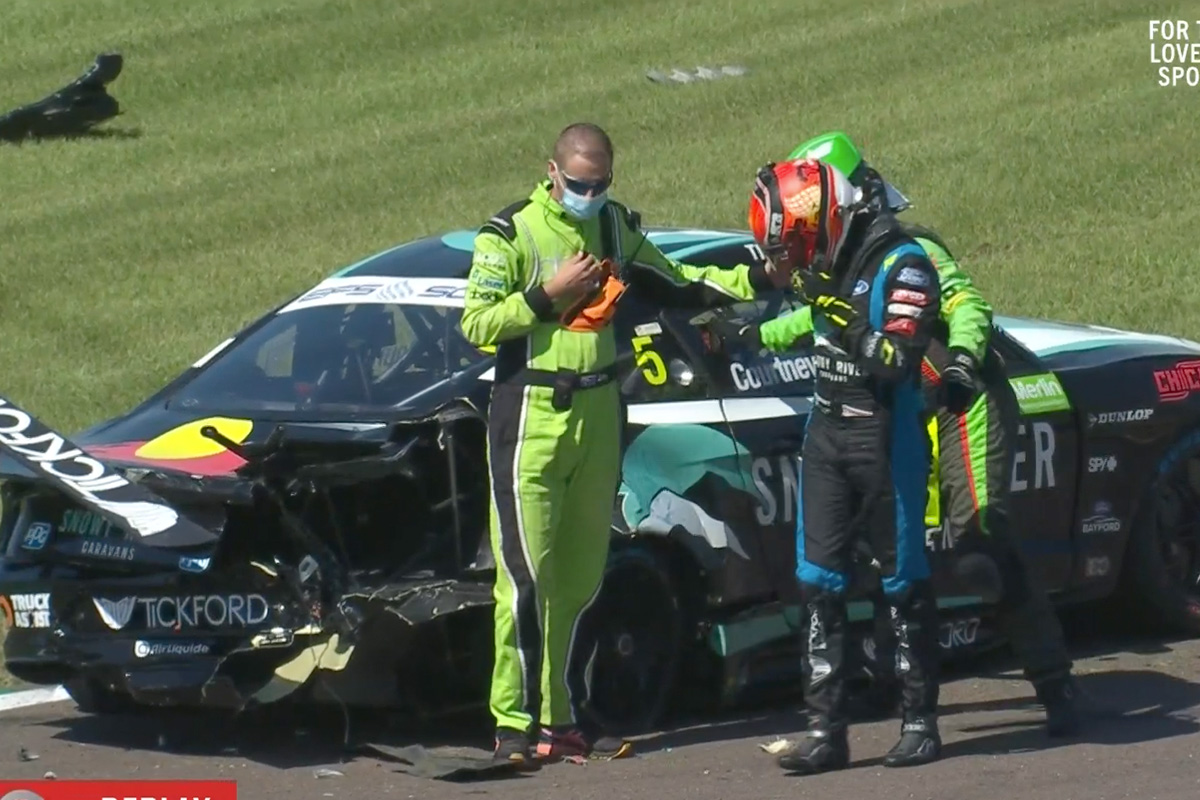 Race 17 of the Repco Supercars Championship at Hidden Valley has been suspended after an ugly opening lap pile-up which James Courtney was at the centre of.

Replays showed the Tickford Racing driver sliding across the infield after Turn 5 before clattering into a number of other cars as he reached the bitumen again at the Turn 6 hairpin.

Scott Pye’s Team 18 entry was among them and he was seen walking away from the crash site, while Thomas Randle crabbed back to the pits in another Tickford Mustang.

Thankfully, Courtney eventually exited his battered #5 Ford under his own steam.

Broadcast replays were not completely conclusive as to what the ultimate cause of the crash was, but it appeared Garry Jacobson made contact with Car #5 in a concertina on the exit of Turn 5.

For reference, Courtney had qualified 20th, while Pye started 13th and Randle 14th.

The Safety Car was called initially before the contest was suspended on Lap 2, with pole-sitter Cameron Waters in the lead in Tickford’s #6 Monster Energy Mustang.

The race has restarted after a red flag period of around 15 minutes.