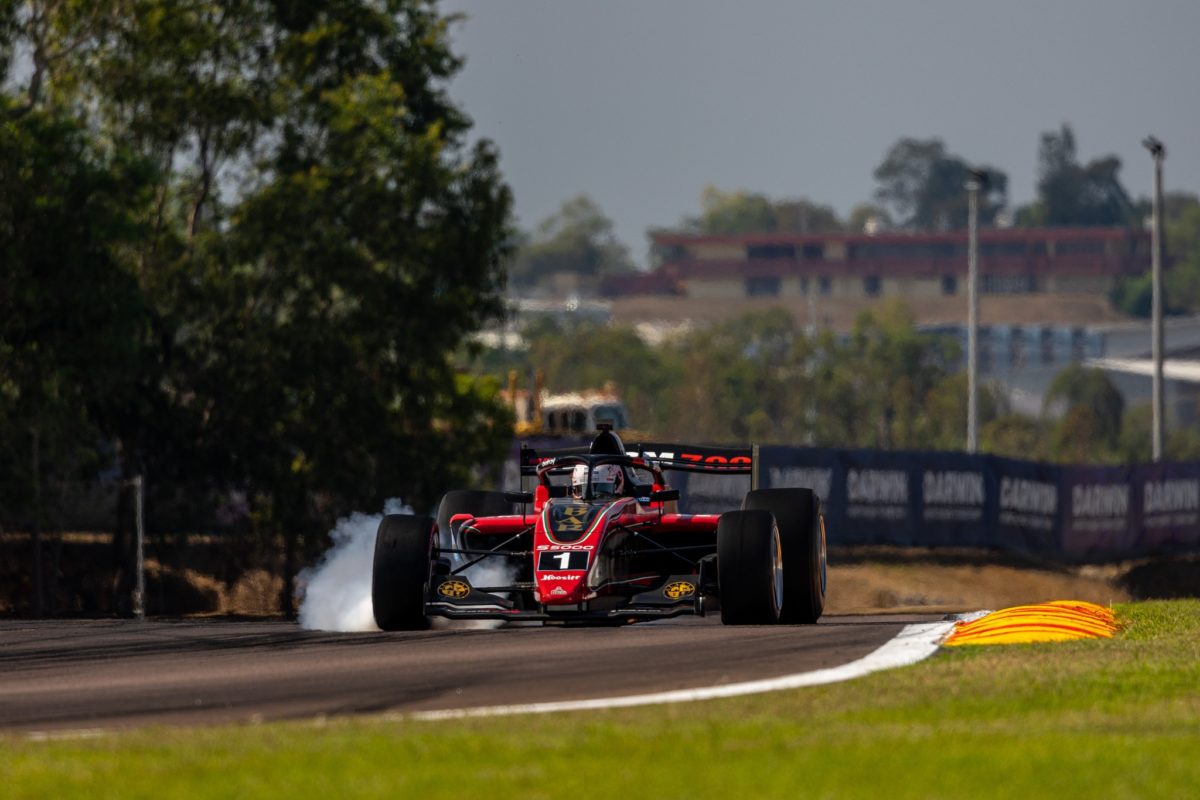 Joey Mawson has won the Gold Star again after finishing sixth in the second-last race of the 2022 S5000 season, which was taken out by Kaleb Ngatoa in Darwin.

Jordan Boys (Versa Motorsport) and Ngatoa (Team BRM) shared the front row of the starting grid due to the inversion and it was the latter who got the jump when the lights went out, leading the field to the first corner at Hidden Valley.

James Golding and Tim Macrow (Tim Macrow Racing) went either side of a slow-starting Boys and they were still fighting over second position until the Garry Rogers Motorsport driver decisively grabbed hold of it on the run towards Turn 5.

Boys reclaimed a spot with a tidy move on Macrow for third on Lap 3 at Turn 5, before a Safety Car was called on the following lap.

Sebastian Amadio (GRM) had run off at Turn 5, two laps earlier, perhaps as a result of suspension damage when he hit the Turn 4 ripple strip, and was unable to drive back onto the circuit from the wet grass.

Behind the top four at that point sat Cooper Webster (Versa) in fifth, from Aaron Cameron (GRM), John Martin (Versa), and Mawson (BRM).

A restart came on Lap 7, at which time Boys got a run on Golding but understeered off when he tried to go around the outside of Car #31 at Turn 1.

Webster was still fourth when he apparently did much the same as Amadio as he negotiated Turns 4 and 5 on Lap 13, promoting Cameron to fourth and, importantly, Mawson to sixth.

On that occasion, however, officials opted for a local yellow rather than a full Safety Car intervention, although Golding was unable to find a way through on Ngatoa despite being virtually attached to his gearbox.

Mawson’s lead over Macrow is thus un unassailable 62 points, given 60 remain on the table in the fifth and final round of the campaign.