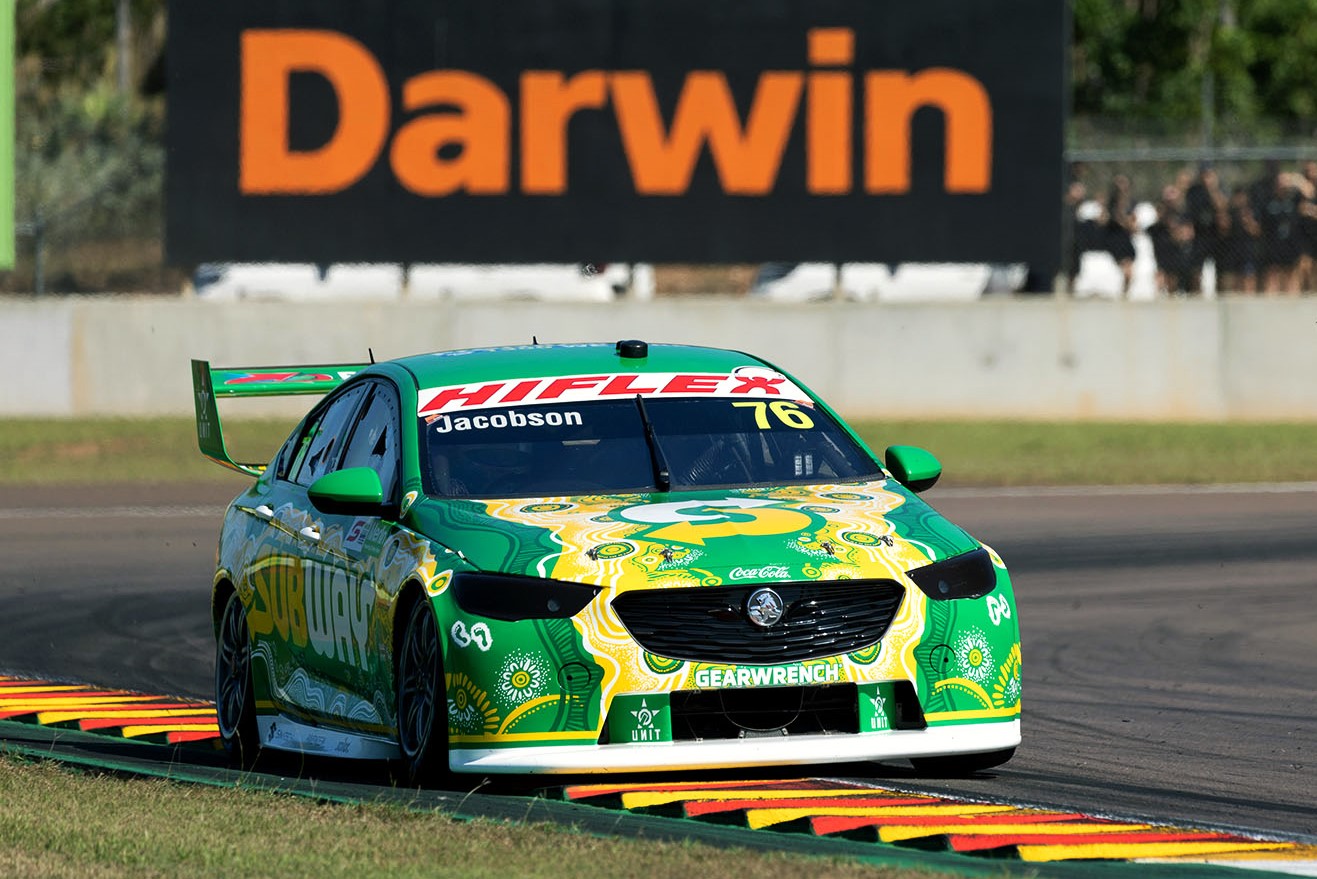 The Subway-backed driver was investigated for a supposed pit lane misdemeanour, a decision only coming prior to the commencement of Sunday morning’s qualifying sessions.

At the time, a wheel for the #76 Holden ZB Commodore was observed to be unattended in the working lane during and after the pit stop.

Under Rule, D11.7.2, during any pit stop, “all equipment and parts must always be under the complete control of the Designated Pit Crew.”

In the end, no breach was established.  The stewards’ report read in part, “In preparation for Car 76’s CPS in Race 16, the Team had placed 3 wheels with new Control Tyres on the apron in the working lane adjacent to Car 76’s Pit Bay intending to change the two right side tyres and the rear left.

“The wheel intended for the rear left had been positioned vertically with chocks holding it in position and a rattle gun lying next to it. It remained in that position for a brief period after Car 76 left its Pit Bay.

“There was no Team member in the immediate vicinity of the wheel until it was removed. The Deputy Race Director alleged that the wheel was not under the complete control of the Team.

“The Authorised Representative denied the charge and maintained that since the number of personnel has been reduced in the Category, unattended wheels may be in position on the opposite side of the Car to the wheels being replaced during a Pit Stop but, provided they are lying on the ground or chocked if vertical, they are nonetheless under the control of the Team in readiness for a tyre change.

Jacobson will start Sunday’s races from 22nd and 26th while Pither will head off from 24th and 21st.