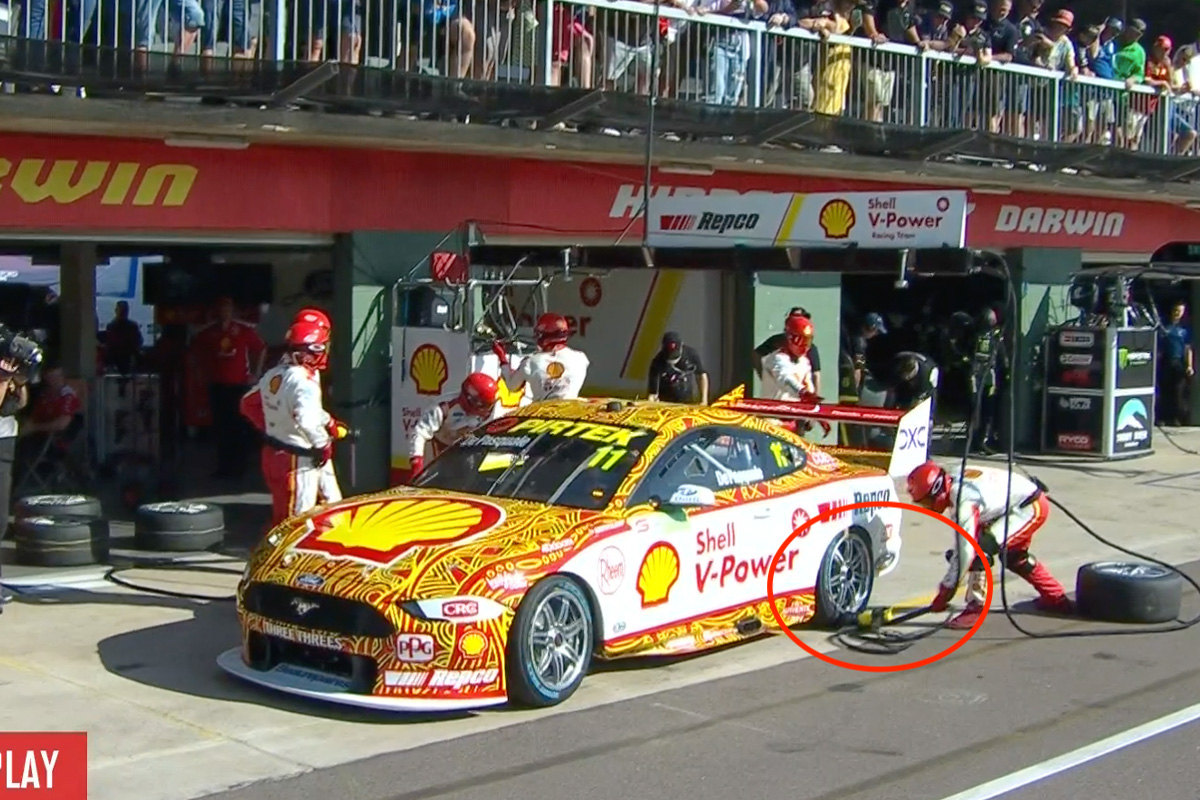 Anton De Pasquale and the Shell V-Power Racing Team have been cleared of a pit lane breach during Race 18 at the Merlin Darwin Triple Crown.

A cloud of doubt had hung over De Pasquale, who led the entire stint but had to settle for second after being unable to run down an early-stopping Chaz Mostert.

That was due to him appearing to have potentially run over a rattle gun during his Lap 19, with Race Control promptly confirming it was investigating the matter.

That investigation was pushed back until after the race to allow for the Ford powerhouse to plead its case, which it ultimately was successful with.

Subsequently, the team has escaped punishment in the form of a fine or docking of championship points, and De Pasquale keeps hold of his second-place finish.

“Following the Race the DRD conducted an investigation into a report from that the left rear wheel of Car 11, Anton de Pasquale, ran over a Rattle Gun whilst leaving the Pit Box following its Pit Stop,” read communications from the stewards.

“The DRD heard from the Authorised Representative of Racing Team (Aust) Pty Ltd who tendered footage from the Pit Boom camera and data from the MoTeC rear shock absorber of Car 11.

“The DRD also reviewed Broadcast footage of the alleged Incident.

“The Authorised Representative of Racing Team (Aust) Pty Ltd maintained that the Pit Boom camera footage, in conjunction with the Broadcast vision and the data from MoTeC, did not establish that the rear left wheel of Car 11 rolled or passed over the Rattle Gun.

“The DRD determined that the evidence could not substantiate that a breach of the Rules had been committed in this instance.”