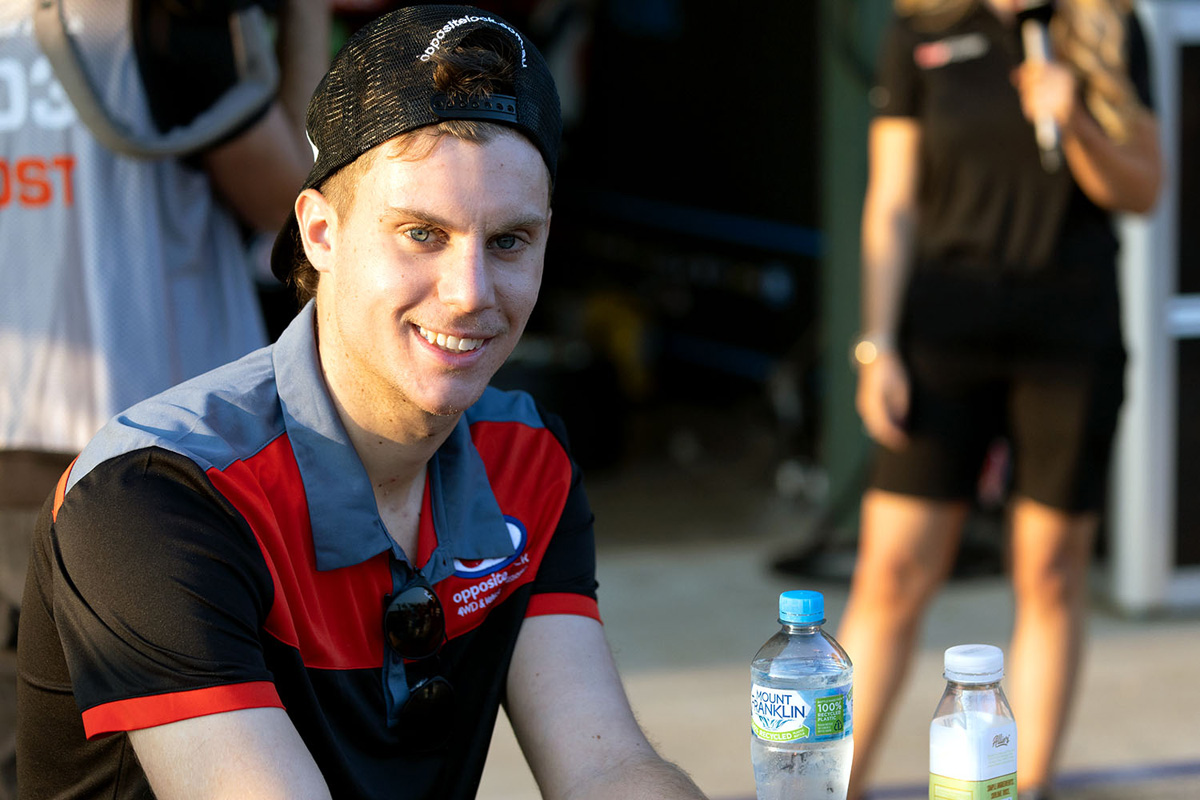 Tickford Racing wildcard driver Zak Best has expressed his frustration at the “roughening up” he was exposed to during a torrid solo debut in the Repco Supercars Championship.

Best started last for all three races at the Darwin Triple Crown, in what was his first time at Hidden Valley Raceway since 2016 in Aussie Racing Cars.

After finishing 21st in each of the first two legs, Best ended the finale in the Turn 6 wall after clashing with Garry Jacobson, triggering a crucial Safety Car period.

Jacobson was issued a drive-through penalty for the incident, while Best made his feelings known, picked up by in-car radio on the broadcast.

The Benalla product doubled down on that theme – albeit in a more politically friendly manner – after the race.

“We were just struggling a bit with the guys around us that were roughening us up a bit,” he said on Supercars Trackside.

“Obviously they don’t like the new guy coming into the category but we did our best to try to hold our ground and came off second best.”

Of the step up, Best noted the driving standards he’d experienced this weekend were not all that far off what he’s used to in the second-tier Super2 Series, and believes he’ll fare better in wheel-to-wheel combat at the top level if he can qualify higher.

“It’s obviously just another big step up as everyone says, but it just wasn’t so much of a shock – the racing level down the back is probably very similar to Super2,” said Best.

“Once we finally get some pace and make that next jump, we should be alright.”

Tickford veteran James Courtney also experienced a rough event, crashing in Friday practice before being “a passenger” in a scary opening lap incident in Race 17.

His rebuilt #5 Snowy River Caravans Mustang ended Race 18 with yet more damage to its front and rear, having been part of an early concertina.

“It’s been crazy really, Friday and then today was horrific,” said Courtney.

“We had one good result in yesterday but it’s been one of those weekends.

“The good thing is the guys did an amazing job getting it back out there, we ended up getting good teams’ points so that helped us in the teams’ championship, but yeah there is a bit of work to do between here and Townsville.”

Cameron Waters had a better time of it, backing up his Race 17 win with third in Race 18, while Jake Kostecki also finished on a high in the form of a strong top 10 result.

Best will be back in the main game for the second of his two wildcard appearances next month at The Bend Motorsport Park.

He’ll then return to co-drive with Tickford at the Bathurst 1000 in October, most likely with Thomas Randle.